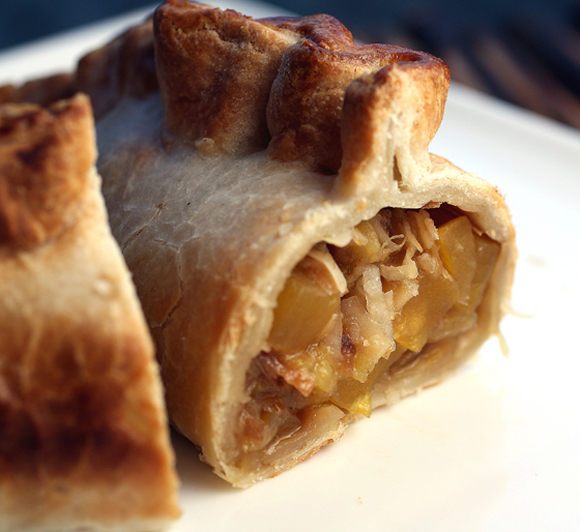 They may not be the next cupcake — yet.

But empanadas, those tasty half-moon-shaped, filled hand-pies, sure are now turning up in a lot of places in the Bay Area.

Andres Franklin, 38, grew up eating empanadas in his native Puerto Rico. For years, he also made them at his Bay Area home for friends and family, using his Mom’s recipe.

In Puerto Rico, he could easily satisfy his empanada cravings anytime, anywhere. In the Bay Area? Not so much.

Whenever he’d go out for a quick lunch during work, he’d find plenty of sushi, sandwiches and burritos — but never empanadas. So, the Haas School of Business grad, who went on to be senior director of development for LeapFrog for five years, gave up the corporate life this past January to launch his own food company, Mas Empanadas.

For a month, he worked with San Francisco Chef Joey Altman to perfect dough and fillings for these baked empanadas, which are designed to be large  enough so that one makes for a satisfying meal on the go. 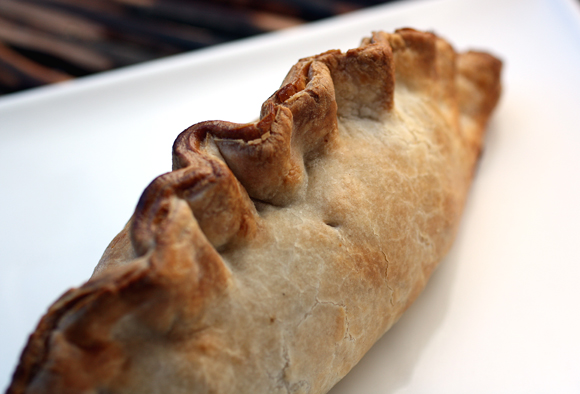 The first week, Franklin sold 24 empanadas to cafes and grocery stores. Two months later, he was up to nearly 800 sales a week.

The empanadas are made fresh four days a week at a commercial kitchen in San Rafael. At 5 a.m., a cook starts making them all by hand. By 1 p.m., Franklin is loading up his car to personally deliver them to wholesale outlets, which sell them to the public for about $5 each.

At grocery stores, you’ll find them in the refrigerated deli case. If you take them home, just reheat for 7 minutes at 350 degrees to warm and crisp them.

Franklin was kind enough to let me try some samples. The crust is sturdy, but tender on these empanadas, which have a good amount of filling inside each one. The ground beef criollo tasted very traditional with its slightly spicy filling of lean ground beef, onion, red bell pepper, tomato, and cilantro. The spinach-artichoke-chard empanada has a filling as green as pesto, with nice chunks of artichoke hearts. 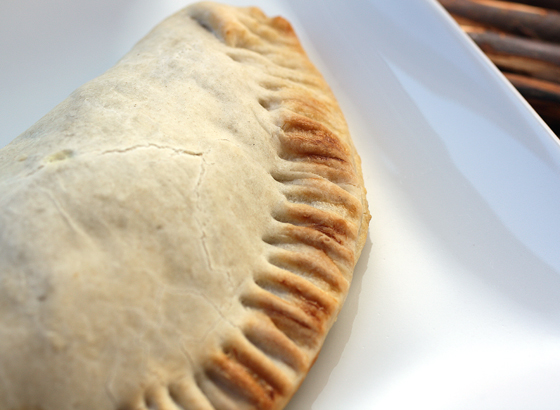 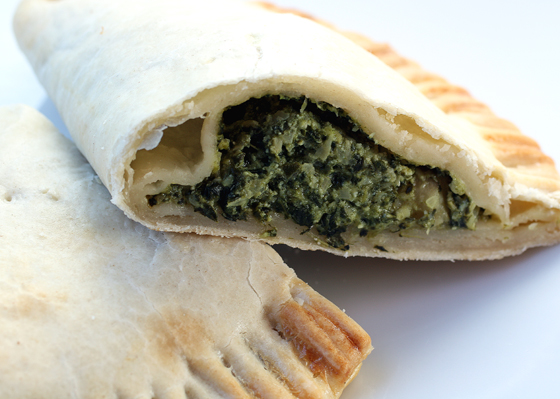 My favorite was the onion-Gorgonzola, not a typical empanada filling, but fabulous nonetheless. Sweet caramelized onions mixed with gooey, pungent cheese can’t be beat. Kids of all ages are sure to love the apple cinnamon one with chocolate. Soft apples, drenched in melty chocolate with a touch of warm spice make this a cut above your typical apple turnover.

Franklin is working crazy hours to grow his fledgling business. But he couldn’t be happier to be creating his own business where he can work with his hands, engage with people face-to-face, and use his first language, Spanish.

“I get to live my culture, professionally,” he says. “That’s the crux of it. I get to create something that every day reminds me of my childhood and homeland.” Owner Joey Ahearne makes six different empanadas, based on his mother’s recipes, which he sells at farmers markets in Santa Clara, Burlingame, San Mateo, Oakland, and Marin County. They also are available at San Francisco’s year-round Inner Sunset Sunday farmers market, located in the parking lot between 8th and 9th avenues, that’s only a short drive from the Laurel Inn.

These empanadas are smaller, about the size of your palm, with a much different crust — one that’s super flaky and buttery, practically like pastry. They sell for $3.50 each. 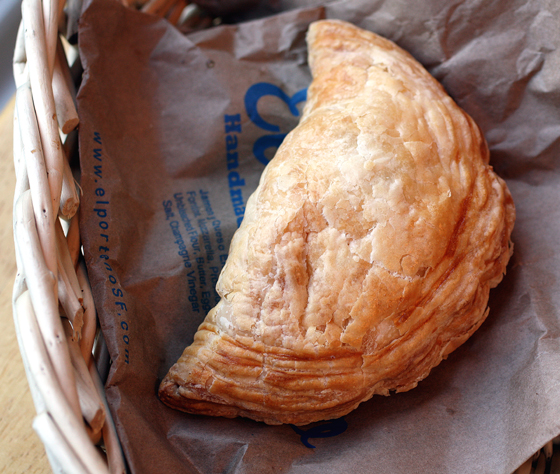 Recently, I bought two to try at my local farmers market. The “jamon y queso” was a nice mix of prosciutto with fontina, though it contained only one rather skimpy slice of the luscious cured ham. The “pollo,” made with Fulton Valley chicken, had a much more generous filling. The blend of tender chicken, chorizo, raisins and olives had a bold, satisfying savory-sweet-salty flavor. 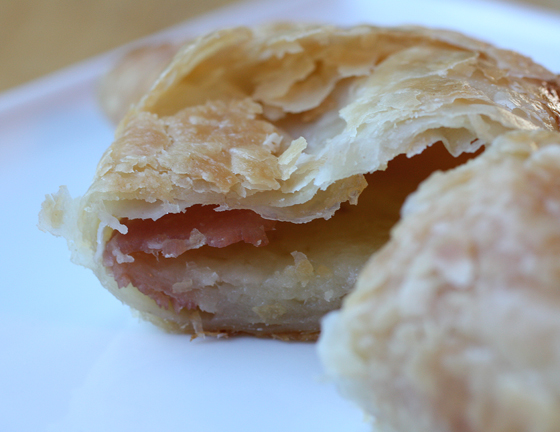 El Porteno also makes a dessert empanadita filled with bananas and homemade dulce de leche ($1.75), which I’m itching to try the next time I’m at the farmers market, as well as alfajores, those lovely cookie sandwiches filled with dulce de leche or quince paste ($1.50 each).

Empanadas — the next cupcake?

We should be so lucky. 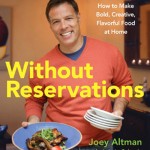