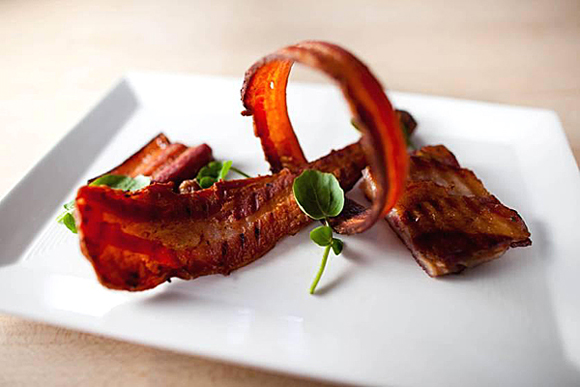 Sure, you’ve indulged at restaurants in wine flights, beer flights, and even dessert flights.

But when’s the last time you’ve succumbed to a porky-licious bacon flight?

You can at Lafitte at Pier 5, just blocks from the Hilton in San Francisco’s Financial District.

As part of its new daily “Cocktail Hour” (which actually stretches for three and a half hours, from 3 p.m. to 6:30 p.m.), the edgy, waterfront restaurant named for a pirate is offering beers and specialty cocktails such as the “Bertha Tequila Sour” ($6) and “Masala Chai Tea” ($6). To nosh along with them,  enjoy a charcuterie  plate ($9) and an amazing bacon flight ($10).

Pull up a stool and get ready for an oinking good time. 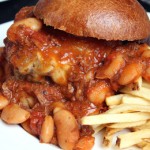 More: My Lunch at Lafitte 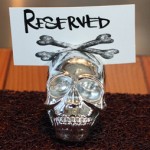 More: My Dinner at the “Plank” at Lafitte