A Visit to the New Love Apple Farms 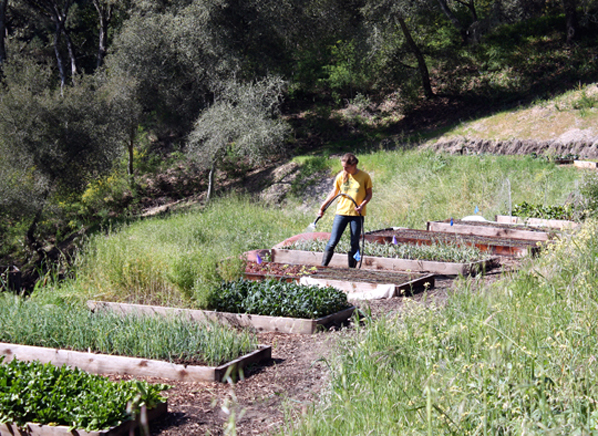 If paradise could be defined, it would be Love Apple Farms in Santa Cruz.

It’s hard to stroll around this verdant organic, biodynamic farm without feeling in awe of all that grows here — for just one fortunate recipient.

That would be Michelin two-star restaurant Manresa, a mere 15-minutes north.

Each morning, the produce is picked, then driven to the restaurant by noon, where Executive Chef-Proprietor David Kinch spotlights that abundance on that evening’s dinner menu.

Love Apple Farm started out as a two-acre spread in lawyer-turned-farmer Cynthia Sandberg’s backyard in the Santa Cruz Mountains. Last spring, she moved the farm to a much more expansive 20-acre spread in Santa Cruz. 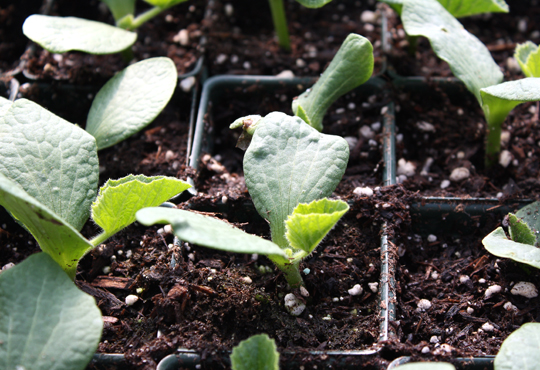 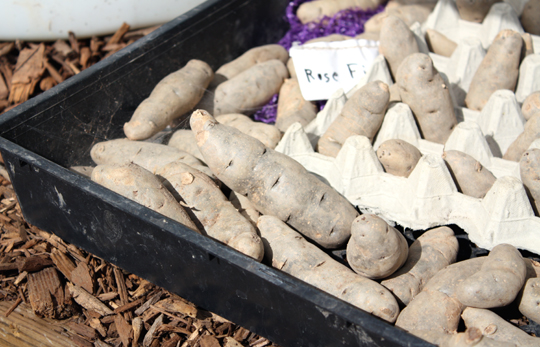 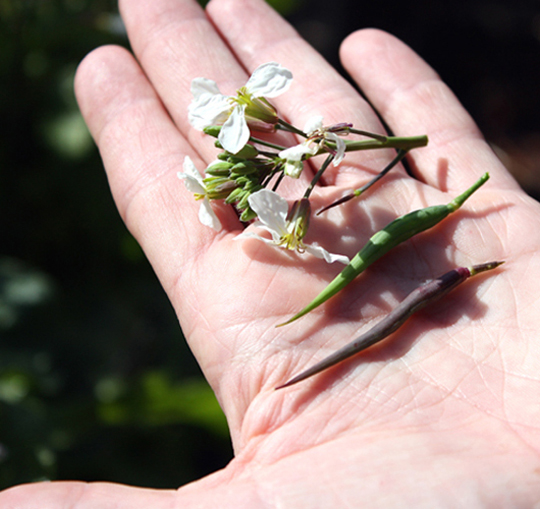 The property was formerly the original Smothers Brothers Winery before the comedic duo relocated it to Kenwood. Sandberg proudly shows off a couple of bottles of wine leftover from that former venture. The property is full of lore, including the fact that it was also the site of noted winemaker Randall Grahm’s first job. The colorful founder of nearby Bonny Doon Vineyard once pruned grapes here. 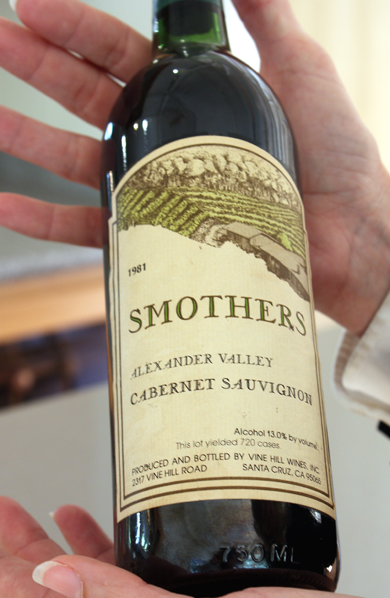 “We almost feel like the Smothers Brothers created this for us, because it’s so perfect,” Sandberg says as she gave me a tour recently.

This steep, terraced swath affords Sandberg and Kinch the room to grow and raise even more ingredients for the restaurant. Sandberg owns the farm with a business partner, but James Beard Award-winning Kinch gets dibs on everything that’s grown. In the summer, that means an astounding 300 varieties of fruit, vegetables and herbs. 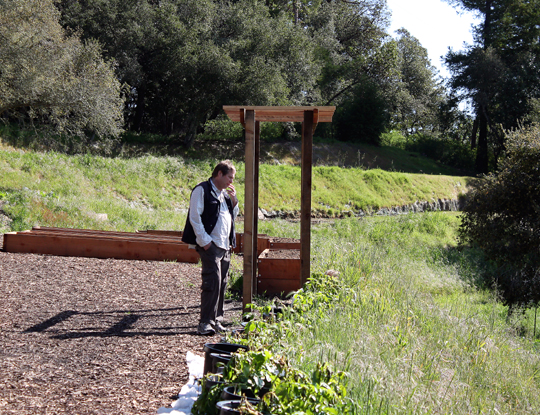 The new property will allow Sandberg to grow fig, pomegranate, pear, Gravenstein apple, and rare citrus trees for the first time. It also gives her ample room for three beehives to produce dark, molasses-like honey, additional hens to lay more eggs for the restaurant, and a few more goats to provide rich, grassy milk to make cheese. In the future, game hens, lambs and heritage pigs will be raised here, too. 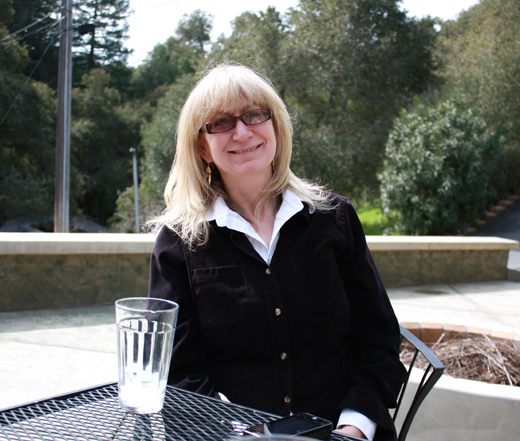 Because of the warmer climate, there are more pests to deal with at this new locale. Garlic spray is a common organic pesticide, but Sandberg can’t use it because Kinch would detect it on the produce. Instead, apprentices who live on the property pick pests off the plants by hand each day.

Sandberg was fortunate that there were already buildings on the property, as well as a pizza oven, to accommodate classes here. Each month, Kinch teaches a cooking class ($145) in the spacious kitchen. Other classes focus on home cheese-making ($95), home preserving ($95), bee-keeping ($49), drip irrigation ($49), and compost and soil fertility ($55).

Love Apple Farms also offers a class to teach you everything you need to know about raising chickens in your backyard ($110). At the end of the class, you’re sent home with a heater, waterer and plans for building your own coop, as well as a couple of live chicks that are totally adorable. 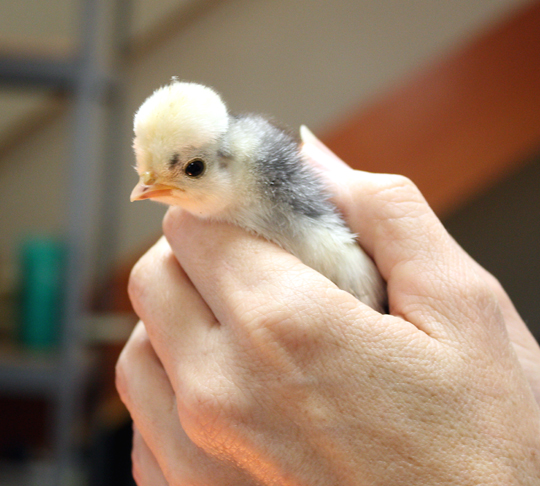 Sandberg didn’t always have a green thumb. In fact, when she was still a trial lawyer, she tried to landscape her house, but ended up killing all the plants. So, she took a horticulture class at Cabrillo College, and ended up loving it so much that she took the entire course load. 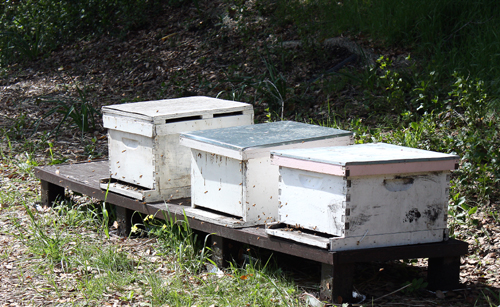 Then, she started growing tomatoes from seed at her house. She ended up with so many extra seedlings that she started selling them to her neighbors. Now, her annual tomato seedling sale is famous far and wide, and has grown into the largest in the state. “Definitely, the worst day of farming is better than the best day of lawyering,” Sandberg says with a smile. “It’s harder, though. It’s 24-7. We cultivate thousands of life forms and I’m responsible for all of them. We have to make them taste the best that they can because we’re supplying a world-class chef who can taste the difference.”

Even though she’s had the pleasure of dining at Manresa about 25 times over the years, Sandberg says she never ceases to be enchanted by what is on the plate.

“It is more special because I grew the things on there,” she says. “But I’m always amazed by what David has done with them. ”

To learn more about how the farm influences Kinch’s cooking, see my story in Food Arts magazine. 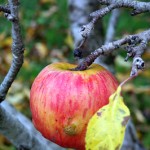 More Farms: A Visit to the Philo Apple Farm 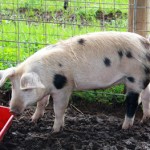 And: The Garden and Farm at Quivera Vineyards and Winery 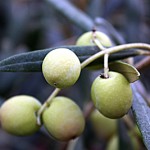 And: Olive Groves and Olive Oil-Making in Australia