A slew of restaurants will be offering special three-course prix fixe dinners, June 10-19, as part of Dine Downtown San Jose.

The prix fixe offerings will be priced from $20 on up. Participating restaurants include Arcadia, Cafe Stritch, The Farmers Union, and Poor House Bistro.

For every prix fixe meal sold, Sysco will donate $1 to Martha’s Kitchen, too. The San Jose organization provides meals to those in need.

Contest: One lucky Food Gal reader will win a $50 gift certificate to Mezcal Restaurant in downtown San Jose. Use it toward the $30 three-course prix fixe the restaurant is serving up for Dine Downtown San Jose, which includes options such as tortilla soup, grilled steak with chipotle sauce, and warm Oaxacan chocolate cake. Or use it another time. 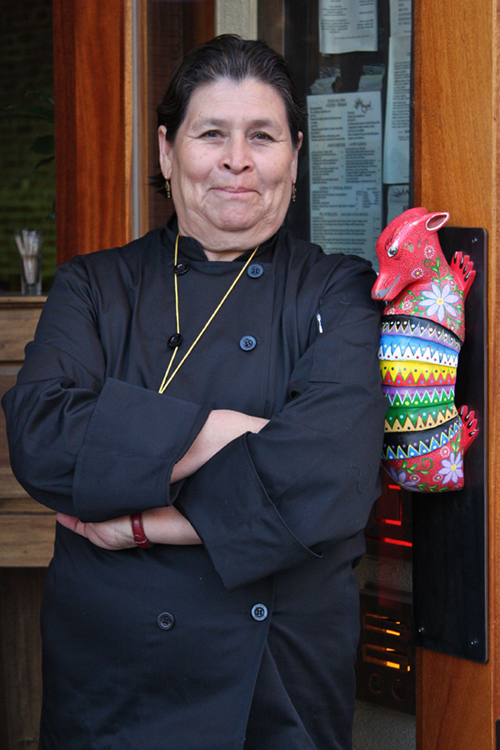 Chef Octavio Gomez of Mezcal. (Photo courtesy of the restaurant)

Mezcal specializes in moles, as well as chapulines (fried grasshoppers). If you’ve never experienced the latter, this is the place to try them. Seasoned with garlic, salt and lime, they’re as crisp and addicting as potato chips. So, no need to be squeamish.

Contest entries will be accepted through midnight PST June 4. Winner will be announced June 6.

Just tell me why you want to win the gift certificate. Best answer wins.