The lamb pieces, rice, carrot, onion, garlic, ginger and cumin all cook together in a Dutch oven on the stovetop, infusing the grains. Even with 1 tablespoon cumin in the recipe, the flavor is still fairly subtle. You could always add more, if you like.

The recipe calls for long-grain rice. I used jasmine rice, which is a long-grain variety. Next time, I might decrease the stated 2 cups of water by maybe a quarter cup, though, as I found the rice came out a little soggy, even if it was flavorful.

This is real home-style dish. It doesn’t look fancy. It’s not made with luxury ingredients. But there’s just something so comforting about tucking into a dish like this. I can’t guarantee you’ll grow more courageous — one of the traits of those born in the Year of the Rooster — after eating this. But it will sustain you so well that you just might want to take on the world afterward. Soak the rice in a bowl of cold water for 20 minutes. Drain and set aside.

Heat oil in a Dutch oven over medium-high heat, add the ginger and garlic, and stir-fry for 1 minute until fragrant. Stir in the lamb and fry for 2-3 minutes until browned. Add the onions and carrot, then stir in the wine, white pepper, salt, and soy sauce. Mix well and remove from the Dutch oven.

Add the rice and 1 3/4 cups water, then bring to a boil over high heat. Return the lamb and vegetables to the Dutch oven, reduce to low heat, and cook, covered, for about 30 minutes, or until the lamb and rice are cooked through. Mix in the scallions and cumin. Serve in the Dutch oven.

Adapted from “China: The Cookbook” by Kei Lum Chan and Diora Fong Chan 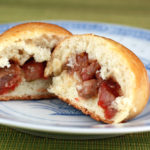 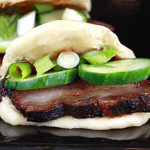 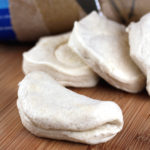 And: Shortcut Buns From Biscuit Dough 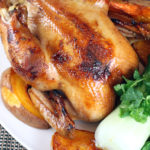 And: Roast Chicken With Ginger and Soy-Whisky Glaze by Jean-Georges Vongerichten 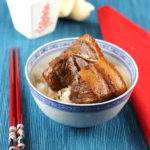 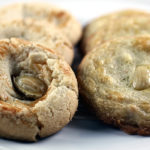 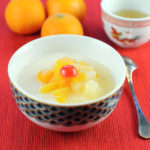 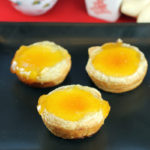