My husband likes to joke that up until last year, I’d never ever eaten in Danville. Now, I’ve made the trek to this East Bay suburb three times in short order. This is what happens when you work on a cookbook, “East Bay Cooks” (Figure 1), all about East Bay restaurants, which will publish in September. And it’s what happens when a long-time restaurateur whom you’ve known for years invites you in as a guest a couple weeks ago to try a new restaurant he is consulting on.

Hoss Zare, late of the beloved Zare at Fly Trap in San Francisco, has known Proprietor Mehrasa Bagheri, a luxury residential and commercial developer, for years, as the East Bay resident used to cross the bridge regularly to frequent his restaurant.

“I’m her big brother, her bodyguard, you name it,” Zare replies back with a laugh. 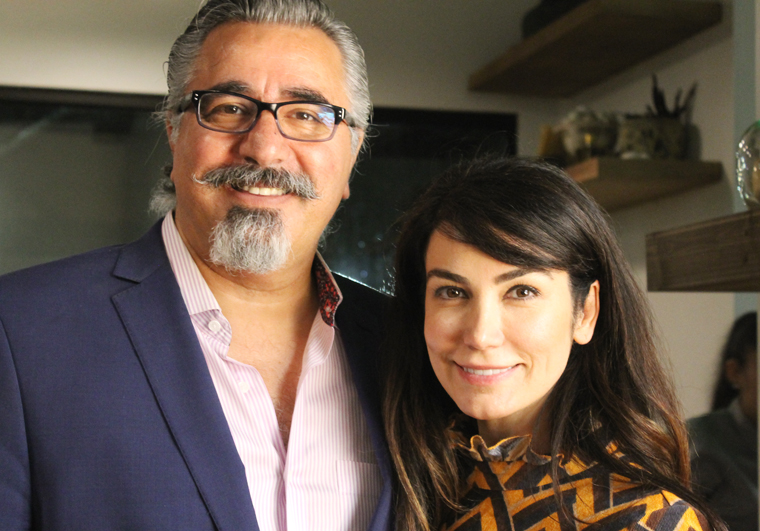 So when she decided to open her gem of a restaurant Albatross in December in a new building in downtown Danville, she knew she wanted Zare’s expertise as a consultant chef. Indeed, she has assembled quite an impressive team that includes Executive Chef Brian Bowen, who cooked with Chef Joseph Humphrey at both the Restaurant at Meadowood in St. Helena and Cavallo Point in Sausalito; and Pastry Chef Andrea Morgan, former head pastry chef for Chicago’s Mindy Segal and a member of the Thomas Keller Restaurant Group.

Although Bagheri already owns another restaurant, the Italian-inflected Primavera in San Ramon, she sought to push the envelope more with Albatross, starting with its name.

“Everyone tried to talk me out of the name — even Hoss,” Bagheri says. “I told him, ‘You called your restaurant Fly Trap!’ ”

Over the centuries, the albatross has had the misfortune of symbolizing a burden or even bad luck. But Baheri grew more and more fascinated by the bird that mates for life and can fly 10,000 miles in a single journey, circumnavigating the globe in 46 days.

“That bird is so free, flying with no borders in a world that these days seems so divided,” she says. 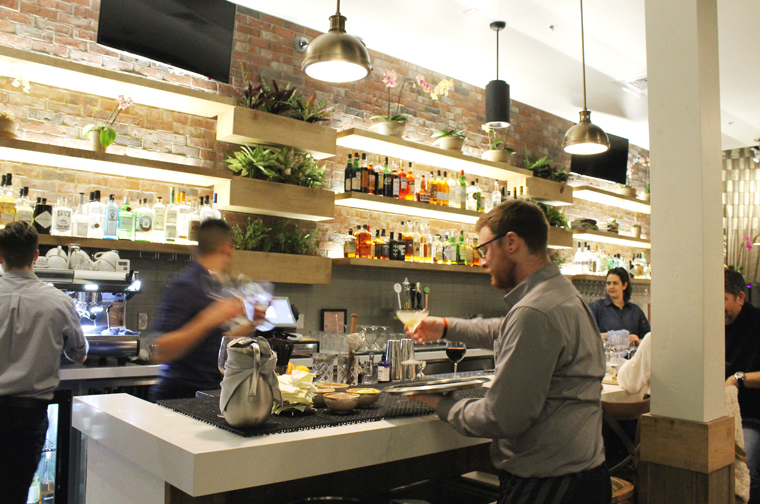 If her quest was to bring people together happily, she’s succeeded, if a recent Saturday night was any indication. The industrial-chic dining room, with a glamorous bar and soaring ceilings with exposed duct work, was buzzing with tables packed. The “Silk Road Gimlet” ($13) will put a smile on your face. A blend of gin, blood orange, lime, bitters, and saffron ginger syrup, it’s punch-bowl-pink in hue. It’s bright with a big citrus taste accentuated with botanicals and an unexpected depth from the warmth of ginger and saffron.

In the “snacks” section of the menu, you might bypass the avocado hummus ($12), thinking it’s just hummus. But that would be a mistake because this is the prettiest hummus you’ll ever set eyes upon. Indeed, it’s a preview of how Bowen’s fine-dining skills translate here into presentations that are beautiful yet not pretentious.

It arrives in a cerulean covered vessel. Crisp lavash crackers are arranged over the lid. Carefully remove it to reveal the creamy dip inside ringed artfully with pickled carrots, paper-thin radish slices, microgreens, zaatar, pomegranate molasses and pomegranate seeds. The avocado makes the chickpea dip even richer tasting and the garnishes ensure every dunk is just a little different than the last. 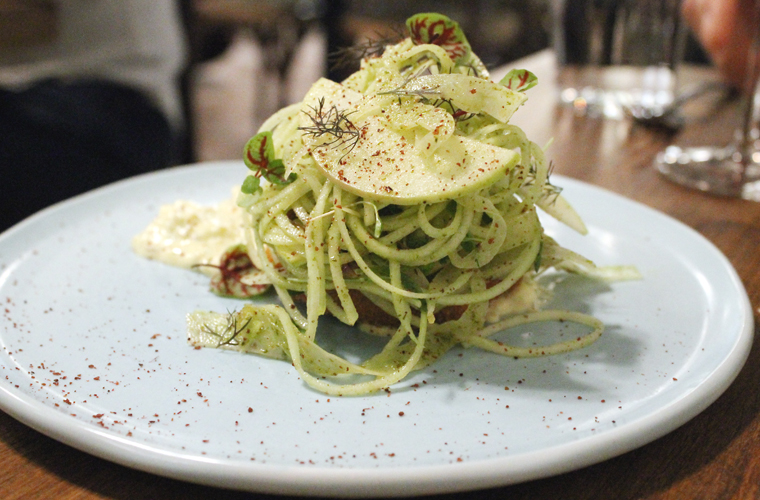 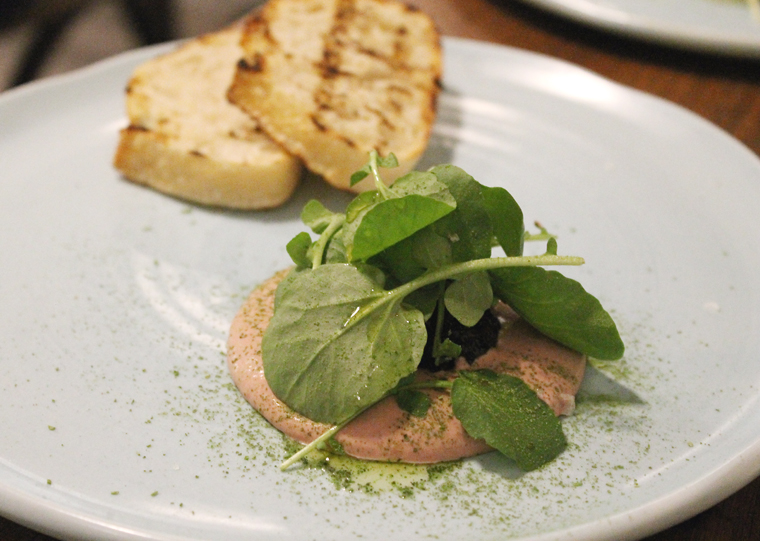 The Dungeness crab cake ($18) is crowned with a Marge Simpson-like beehive of spiralized strands of kohlrabi in a creamy gribache. Along with fresh apple slices, it adds freshness and wonderful crunch. The only thing I wished was that the crab meat was more chunky rather than broken down into one uniform, pasty mass for greater textural appeal.

The chicken liver mousse ($12) has a looser, more spoonable consistency. It arrives hidden underneath watercress leaves. Dollop some on grilled bread, along with the accompanying prune-juniper jam for a perfect bite of minerally, gamey richness with just a touch of fruity sweetness.

Slices of kampachi ceviche ($17) are draped with green apple and serrano chili for added pops of freshness and heat. Drops of oro blanco gel dot the plate to drag the fish through for an accent of winter citrus. 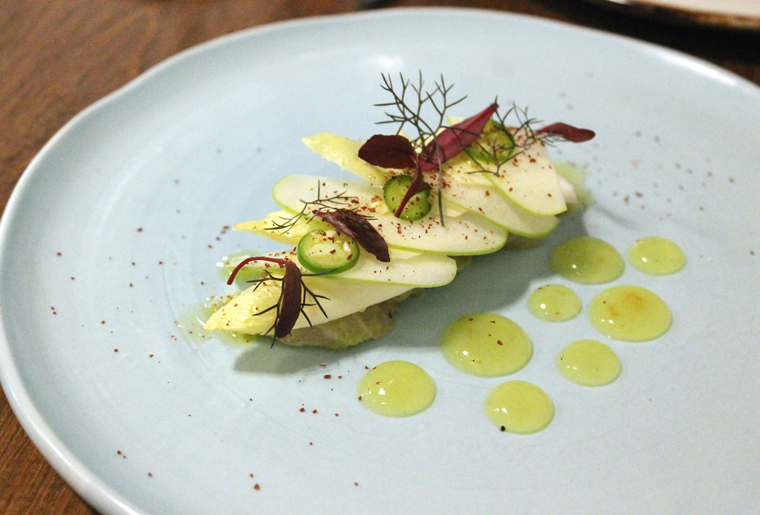 Kampachi ceviche shows off the plating skills of the kitchen. The pastas are available in two sizes. My husband opted to try both — in their smaller portions. With a tangle of squid ink noodles, mussels, prawns and octopus, the Spaghetti Nero ($18/$28) was a riot of flavors. It tasted deeply briny, what with the seafood, and olives. 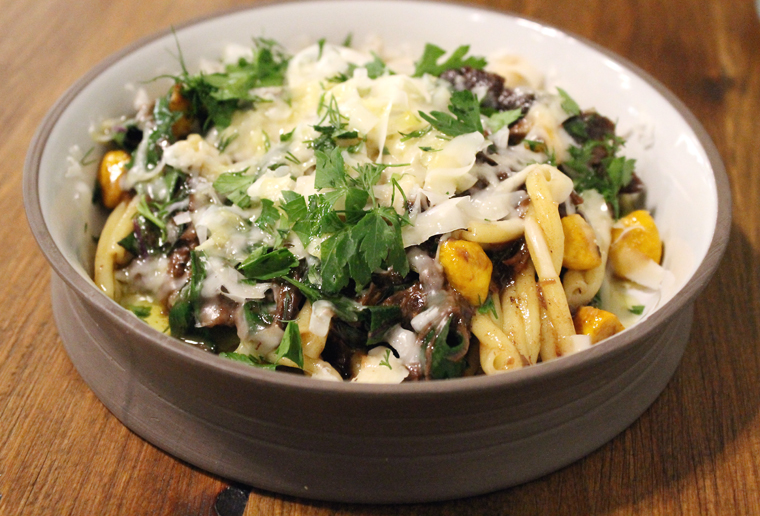 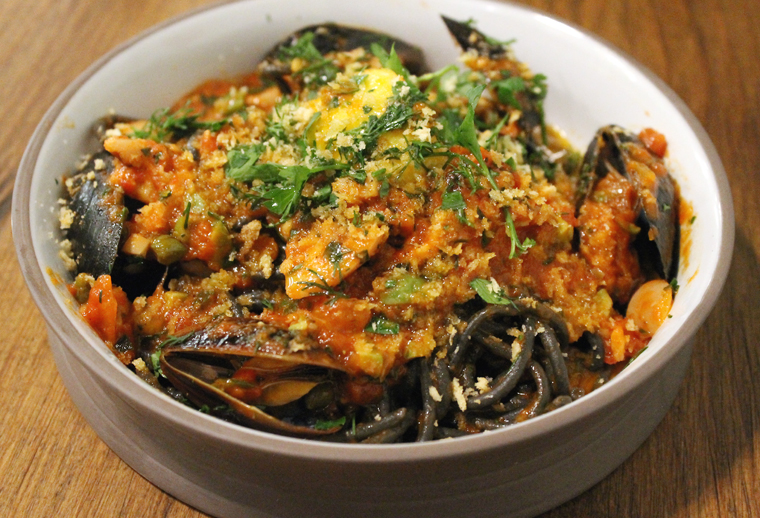 Squid ink pasta with a plethora of seafood and olives. 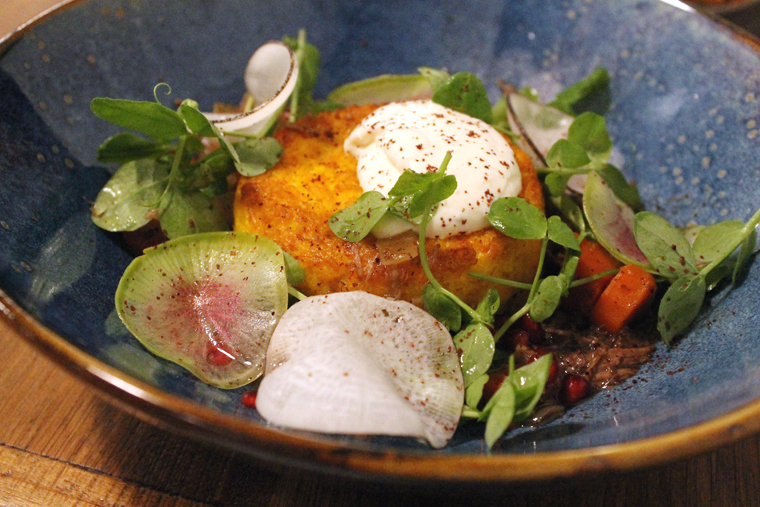 You know the Lamb Ragu ($38) is something special when you overhear a table next to yours raving about having it on recent visit, and ordering it again this time. Yes, it’s that wonderful. A large bowl holds a hockey-puck-sized fried crispy saffron rice cake in the center garnished with thick yogurt. As Zare explained, it’s inspired by tadig, the sought-after bottom layer of Persian rice that gets crisp as a cracker. Surrounding it is tender lamb ragu. As you dig in, the golden rice cake with its fluffy interior soaks up the delicious meaty flavors. It’s a dish that unfolds on the palate — first you get the familiar flavors of rice and lamb, then the saffron, vadouvan and pomegranate seeds come into play, lending haunting Middle Eastern notes. It’s just an outstanding dish. Desserts are not to be missed. They are quite sizeable, too, easily shareable by two. When the Meyer Lemon “Pie” ($12) arrives in a big goblet, you will want to dive in immediately. Dig through the torched fluff of meringue dotted with candied lemon peel to a thick layer of sunny sweet-tart lemon curd covering a crumble of pie crust. It’s nostalgic and irresistible. 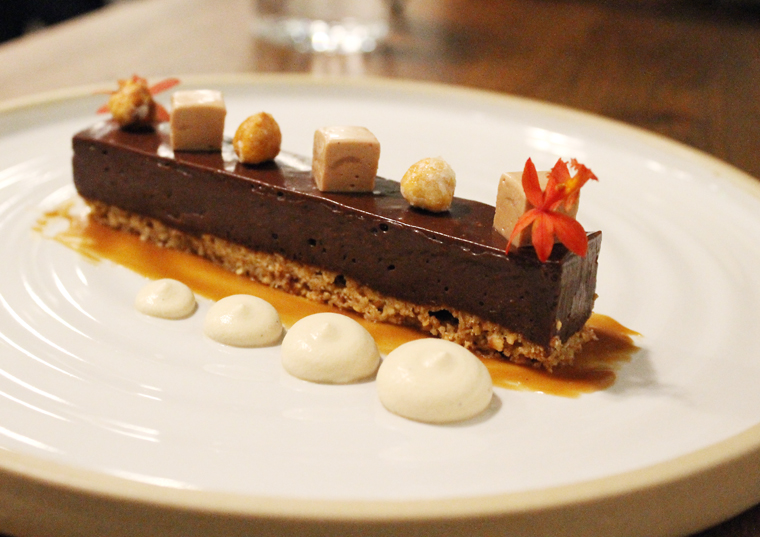 Chocolate and caramel with dabs of espresso cream. Pears poached in red wine atop rice pudding redolent of coconut and ginger.

The Chocolate Caramel Torte ($12) will satisfy any chocoholic’s craving. A long, slim baton of Nutella nougat the consistency of ganache sits atop a hazelnut streusel crust. I especially loved the dots of espresso cream, so much more thoughtful than just whipped cream, and with a great punch of coffee flavor that just goes so well with chocolate.

Red Wine Poached Pear ($12) is like a meal unto itself. Three big wedges of pear, stained crimson by the wine, sit atop a pool of coconut ginger rice pudding that’s drizzled with blood orange syrup. The whole thing gets garnished with pieces of crisp honeycomb candy. The additions of ginger and blood orange really wake up this tried and true pudding. Because it’s made with coconut milk, it’s also vegan.

At the end, when I told Bagheri that the food was so accomplished that I felt like I could have been dining in San Francisco, she took it as a huge compliment.

You should, too. Or better yet, just jump in the car, and set your GPS for Danville. You won’t regret it. 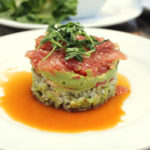 Other Places to Check Out in Danville: Bridges 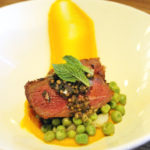