Chocolate With A Techie Pedigree 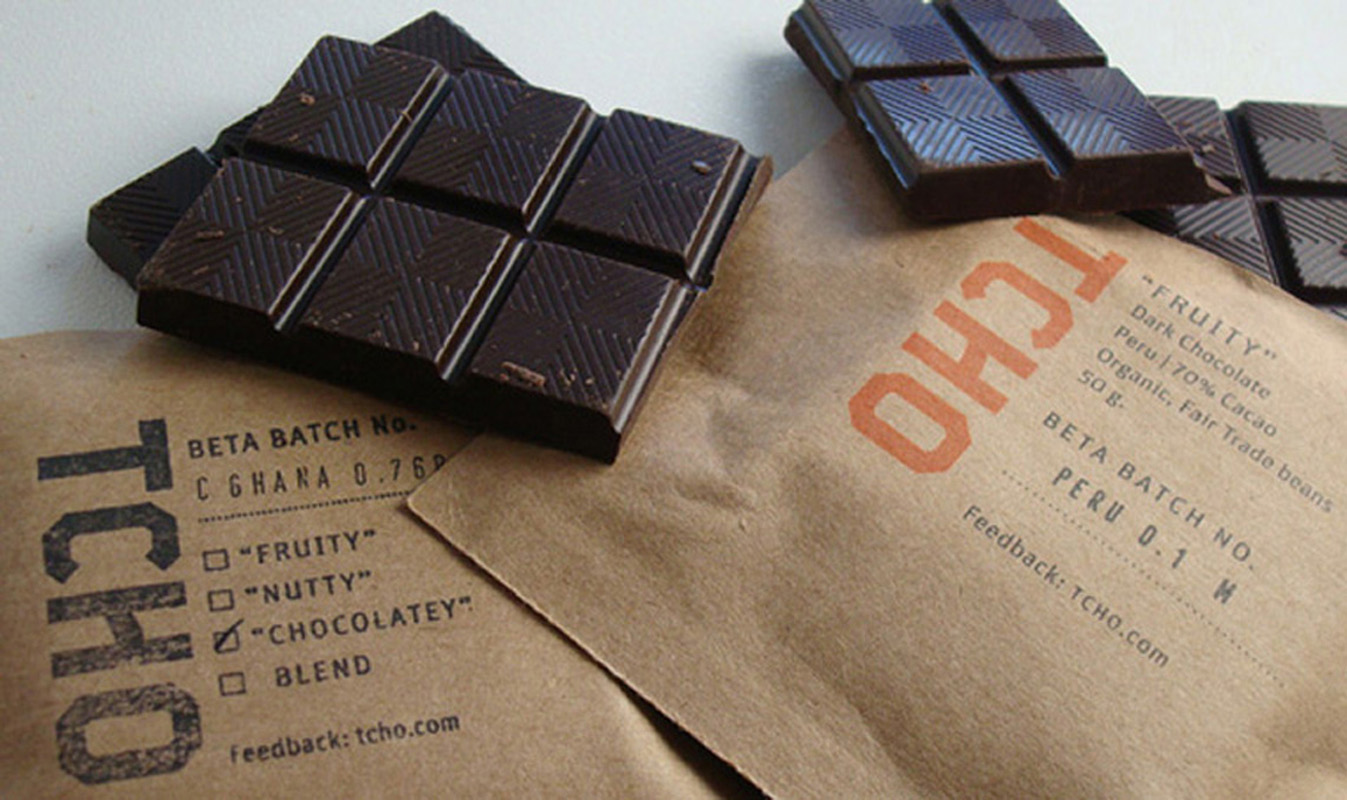 That’s what you have in TCHO, the only chocolate factory in San Francisco that actually makes confections from cacao bean to candy. Located on historic Pier 17, the company was founded by former space shuttle technologist, Timothy Childs, who launched it with Louis Rossetto, co-founder of Wired magazine.

TCHO (the name is a combo of “technology” and a nickname for chocolate), is in the process of revamping an old steel molding line from a German castle to make it state-of-the-art with video monitors and computerized control systems. TCHO hopes to open its doors to the public for tours in early 2009.

Meantime, the chocolate is available for purchase online. What makes this chocolate company even more tech-friendly is that it does public beta tests on all its bars. Anyone who wants to shell out $10 for two 50-gram bars in plain brown wrappers can try them and send in their comments before the final formulations are completed.

TCHO uses “common sense” labels to simplify the descriptions of the chocolate bars. The first one, launched earlier this year, was “Chocolatey.”  “Fruity,” a bar that supposes to be reminiscent of fruit without having any really in it, was launched a month ago. And lo and behold, this morning, “Nutty” arrived in my mailbox to try.

I’ll use my patented scale of 1 to 10 lip-smackers, with 1 being the “Bleh, save your money’’ far end of the spectrum; 5 being the “I’m not sure I’d buy it, but if it was just there, I might nibble some’’ middle-of-the-road response; and 10 being the “My gawd, I could die now and never be happier, because this is the best thing I’ve ever put in my mouth’’ supreme ranking.

TCHO “Chocolatey” bar: Like a cup of hot chocolate melting on your tongue. It’s malty, with slight coffee and mocha notes, as well as a pleasant bitter edge. A very smooth chocolate, indeed. Rating: 9 lip-smackers.

TCHO “Fruity” bar: It’s not in-your-face fruity at the get-go like Scharffen Berger is with its amazing cherry, plum, and wine-like notes. It takes a little more time to open up. You want to let this bar melt in your mouth, not just chomp and swallow it in a flash, or else you’ll miss its subtle, complex flavors. Wait for it, wait for it — first, a notable toastiness, then dried currants, then figs, then at the very end, a deep raspberry note. Rating: 8 lip-smackers.

TCHO “Nutty” bar: There are no nuts in this bar, so don’t start getting thoughts of Snickers or Mr. Goodbar. Instead, this dark chocolate bar has nutty notes, a rich roasted barley-like flavor, and a pronounced tang of acidity at the end. Rating: 9 lip-smackers.