It would be hard to do justice to the cupcake culture that’s risen in Los Angeles. Everywhere you turn, it seems like there’s a cupcake bakery or one about to open. And it would be doubly hard to do an all-out cupcake-off after one is already bursting at the seams from a lunch of bone marrow, and burrata pizza.

But my hubby and I gave it our best shot, even after such a filling lunch. We picked up five cupcakes total from two bakeries (priced at $3 to $4), then took them back to our hotel room to do our own taste-test.

First up, cupcakes from Joan’s on Third, a cute-as-a-button, family-owned, cafe-bakery that also sells gourmet food to-go, including chi-chi pasta sauces, cheeses galore, charcuterie, and roast chickens. We had high hopes for these cupcakes. They were beautiful to look at. We chose a Snickers bar-topped chocolate cupcake; a peanut butter-marshmallow chocolate cupcake; and a “Cloud,” a chocolate cupcake topped with a huge spiral beehive of chocolate-dipped marshmallow that looked like Marge Simpson’s head. 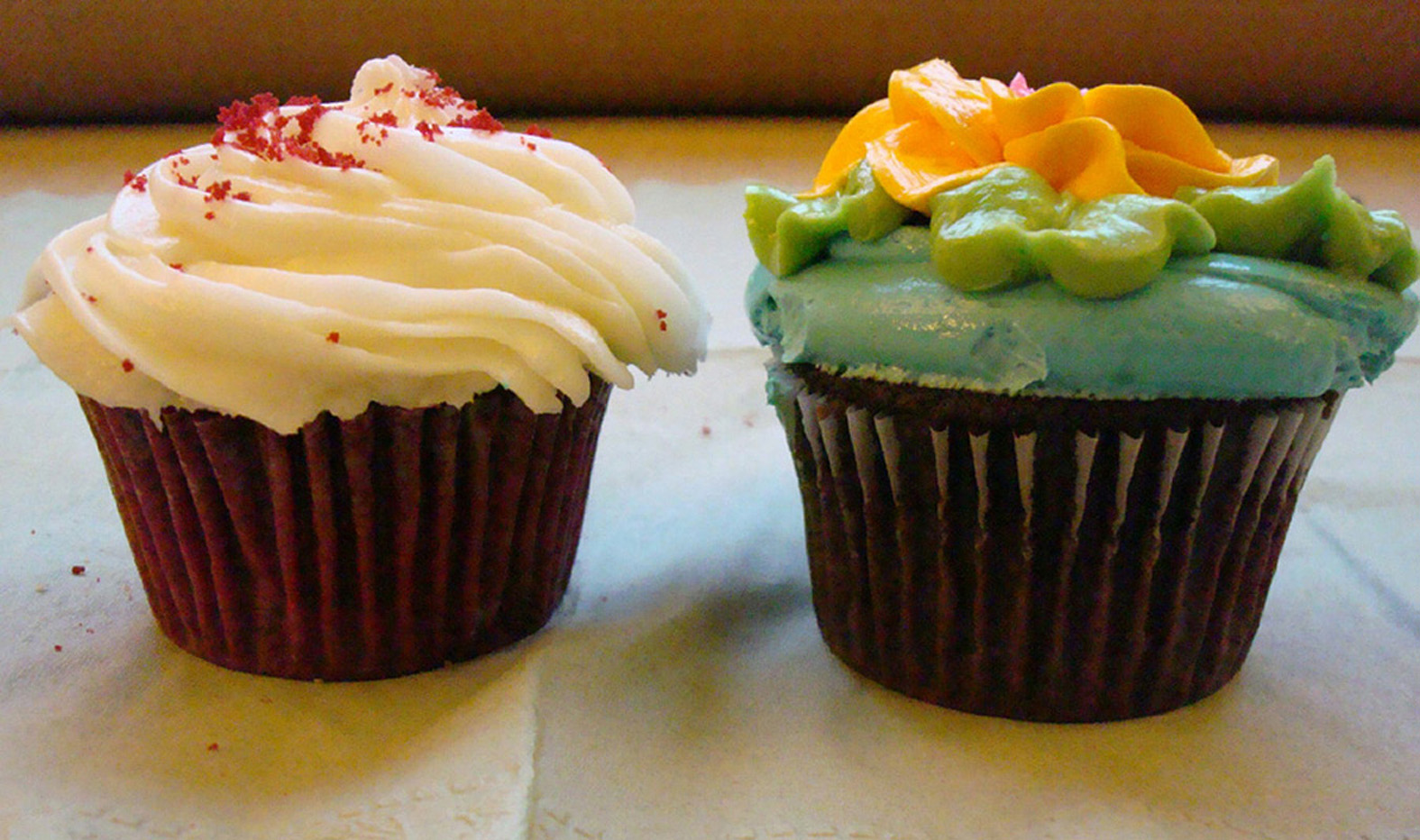 We also picked up two cupcakes from an old favorite, Sweet Lady Jane, known for its fabulous cakes. The downside to Sweet Lady Jane is that it doesn’t always have cupcakes. You just have to hit it at the right time and hope for the best. We lucked out that day, getting our hands on a Red Velvet and a chocolate cupcake.

We tried the Joan’s on Third cupcakes first. The cupcakes themselves were pretty dry, unfortunately. The beehive of marshmallow was less sweet than expected and quite fluffy good. The chopped-up Snickers bar topping was super sweet. The creamy mousse-like peanut butter center was a nice surprise, its salty flavor a nice contrast to the sweetness of the rest of the cupcake. We just wish the cakes themselves were more delectable.

I guess you can tell which cupcake bakery was victorious. Yes, Sweet Lady Jane’s by a landslide. Even after a meal of bone marrow and burrata pizza, these are cupcakes we wouldn’t turn down. Nope, not ever.