A Four-Star Chef Lends His Expertise to Home-Cooks 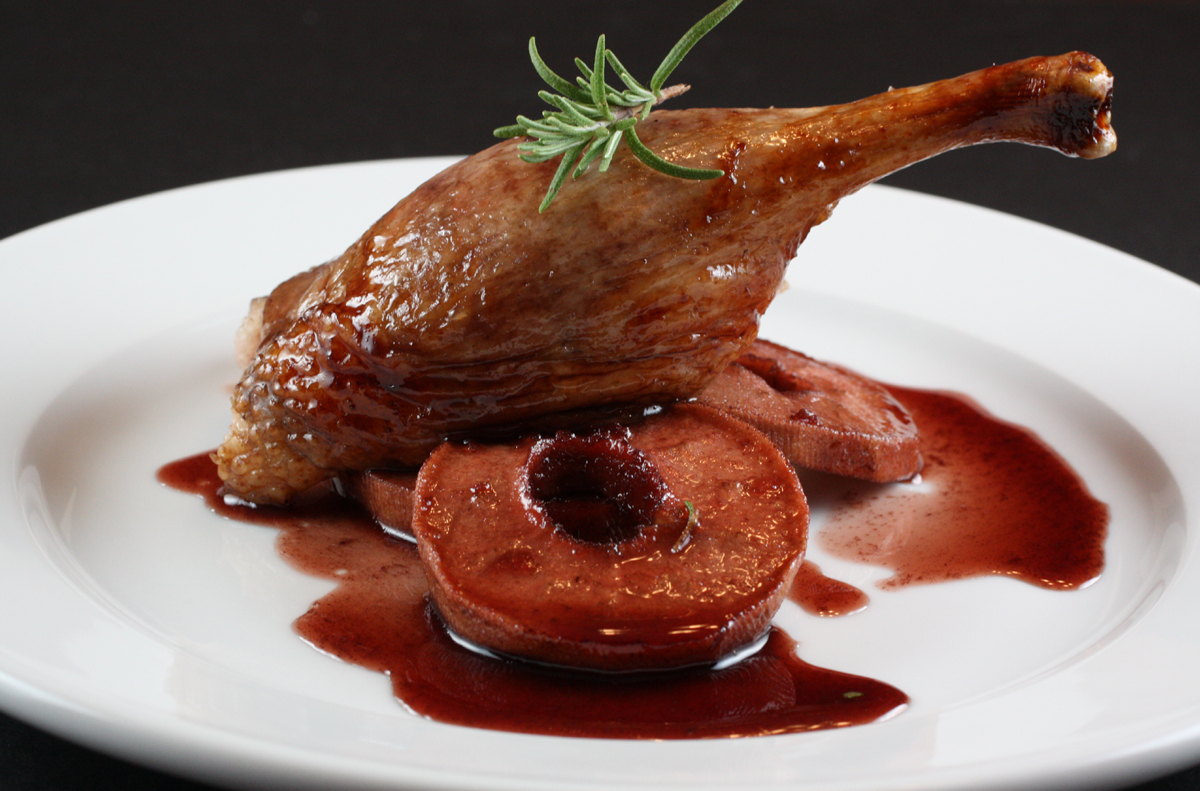 I still remember when I first watched a Charlie Trotter cooking show on public television years ago.

The renowned chef of the eponymous gastronomic temple, Charlie Trotter’s in Chicago, was prepping a big hunk of meat that was to be roasted in the oven. To ensure the meat turned out super moist, he was going to stud it with bacon. “Just take your larding needle and insert the bacon pieces into the meat,” he instructed.

That was one of my early clues that big-name chefs are not like you and me.

I don’t know about you, but the only needles I usually have around the house are for sewing loose buttons on my blouses.

So when Trotter’s new book, “Home Cooking with Charlie Trotter” (Ten Speed Press) came out, I wondered if I’d have to head to my nearest Sur La Table to stock up on obscure cooking tools.

Not to worry, I didn’t. Unlike his previous cookbooks, which were gorgeous but full of extremely complex recipes, this one actually was loaded with dishes doable at home.

See that roast duck above? Yup, I made that recipe, “Whole Roasted Duck with Red Wine-Braised Apples.” And it was painless. Not only that, the sauce — made from a whole bottle of red wine and a whopping two cups of honey — was out of this world.

But surprisingly, it wasn’t too sweet. The honey softened the tannins in the wine. And after the mixture reduced, the sauce attained a subtle syrupy nature. It was sweet, fruity, and just superb. It was so good, in fact, that I drizzled the leftover sauce over slices of baked ham the next day to great effect.

The duck couldn’t have been easier to make. Season with salt and pepper, prick the skin, and roast atop chopped onion, carrots, and celery. Slice Granny Smith apples, and bake them with some of the sauce in a separate pan.

The skin didn’t turn out crispy, and not all of the fat had rendered out. But the flesh was moist and flavorful. And the sauce and apples really elevated the dish into something special.

The directions could use a little more precision at times. The recipe says to garnish the duck with fresh rosemary, but it never says to chop it, though I did. The recipe also never specifies what to do with the roasted vegetables after they’re cooked, but I surmised they were there merely to flavor the duck and cooking liquid, rather than to be eaten.

To prepare the duck: Preheat the oven to 400º. Season the duck cavity with salt and pepper. Pierce the skin with a fork 10 to 15 times, to release the fat during cooking. Place the onion, carrots, and celery in a roasting pan and place the duck on top. Roast for 15 minutes. Remove the duck from the oven and brush the outside with the glaze. Decrease the oven temperature to 350º and cook, basting occasionally with the glaze, for 45 to 60 minutes, or until golden brown and crispy and the juices from the cavity run clear. Remove from the oven, let rest for 15 minutes, and then carve.

Meanwhile, prepare the apples: About 45 minutes before the duck is ready, place the apples in a small baking pan. Pour in 2 cups of the glaze, cover, and bake at 350º for 30 minutes. Uncover and cook for 15 minutes, or until tender.

To prepare the sauce: Drain the cooking liquid from the apples into a small saucepan. Strain any pan drippings from the duck through a fine-mesh sieve, remove the fat, and add to the saucepan. Cook the sauce over medium heat for 5 minutes, or until warm.

Arrange apple rings in the center of each plate, sprinkle with fresh rosemary, and place sliced duck meat on top. Spoon the sauce over the duck and around each plate.

If you have difficulty finding a whole duck, substitute breasts. Sear them, skin side down first, in a hot pan and brush often with the glaze during the remaining cooking time.