Book Signing, Dinner & A Show, and An Auction 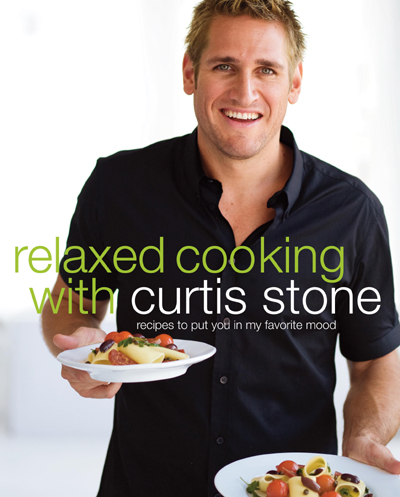 The chef, who has cooked at top London restaurants, also stars in the Learning Channel’s show, “Take Home Chef.” He will kick off the day with a cooking demo in Santana Row Park. Then, he’ll head over to Sur La Table to sign copies of his new book, “Relaxed Cooking with Curtis Stone” (Clarkson Potter).

The cooking demo is free; cookbooks to be signed can be prepurchased at Sur La Table starting April 7. Call the store at (408) 244-4749 for more information.

Santana Row has another enticing offer for you: Enjoy a two-course, $24.95 prix fixe dinner on any Sunday through April 16 at one of 12 participating restaurants, and receive two tickets to the world premiere production of “The Kite Runner” at San Jose Repertory Theatre. Just take your receipt to the Santana Row Concierge office to receive a voucher for the tickets while they last.

If you hurry, you can still bid on a few items in Farm Sanctuary’s Charity Buzz Auction. Proceeds will benefit the organization, which works to prevent inhumane treatment to farm animals.

Among the items, in which bidding will close in the next day, are: A chance to meet Jewel at her next show in San Diego; the opportunity to meet actor Kevin Nealon on the set of Showtime’s “Weeds”; and lunch or dinner with actress Loretta Swit.