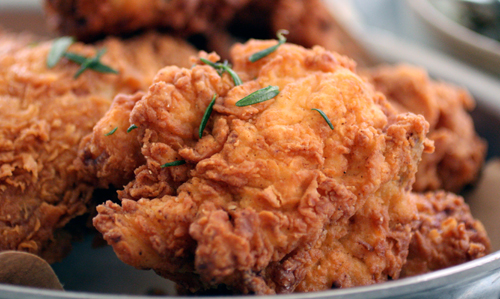 It took us all of three years, but on a recent Monday night, we did it. We made it up to Yountville for Ad Hoc’s fabled fried chicken night.

Since opening its doors in 2006, Ad Hoc’s simple, family-style, four-course, $49 per person set-menu has drawn raves, particularly for a few specific dishes. Sure, there’s the sous vide-cooked short ribs that are otherworldly tender. There’s the first-course salad, made with greens grown across the street at the French Laundry garden, that’s blessed with a sweet-from-the-earth flavor you’ll never forget. Then, there is the fried chicken.

When fried chicken is done by Chef Thomas Keller, you expect it to be something special. The tricky part is that it’s not always available. Indeed, the fried chicken is on the nightly menu only every other Monday. In other words, your chances of trying it are only twice a month. And when it’s available, people turn out in droves for it.

I admit that I try not to give into fried chicken for the same reasons most diet-conscious women do. But when you’re married to Meat Boy, who never met anything fried he didn’t want to inhale, well, so much for counting calories. He’d been waiting a long time to try this particular chicken. He’d even taken a day off of work to do it. He’d skipped one of his night classes, too. But I’m sure his instructor will cut him some slack. It’s fried chicken, after all. Dinner began with one of those amazing salads — whole hearts of romaine, strewn with shaved red onions, pickled radishes, spiced pecans and avocado wedges. It was dressed with creamy green goddess dressing.

Next, came the chicken — six pieces for just the two of us, piled high on a platter. The skin was battered with a rippling, mahogany crust. It audibly crunched as you took a bite. The flesh was so moist, juicy and tender, you barely had to chew. The chicken is brined overnight in salt, lemon, herbs, and honey. The next day, it’s dipped in buttermilk, then dredged in flour, and fried to perfection. Food & Wine magazine once featured the recipe for those who want to try recreating it at home.

Whipped Yukon Gold potatoes made with at least a cube of butter accompanied it, along with red Russian kale from the French Laundry garden cooked with bits of house-smoked pork loin. 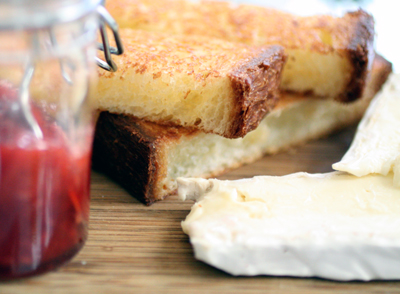 Slices of camembert with a tiny jar of mixed berry marmalade followed. The finale was light-as-air chocolate brownies with butterscotch sauce and pistachio whipped cream. 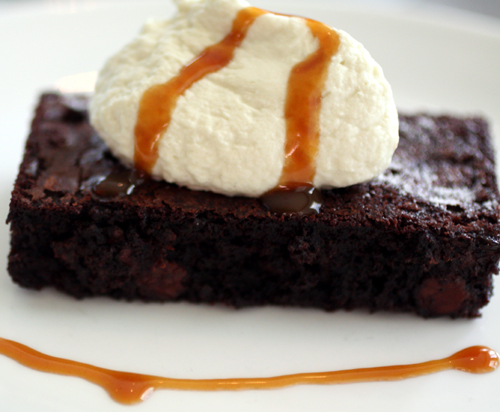 Meat Boy and I were so stuffed that we had to box up two pieces of chicken to take home. Yet two 20-something gals next to us somehow managed to devour their entire platter of chicken, drawing admiring glances from a nearby table, whom we’re pretty sure included U.S. Speaker of the House Nancy Pelosi and her husband.

Because when fried chicken is this fabulous, you shouldn’t ever be surprised at who turns up for it.