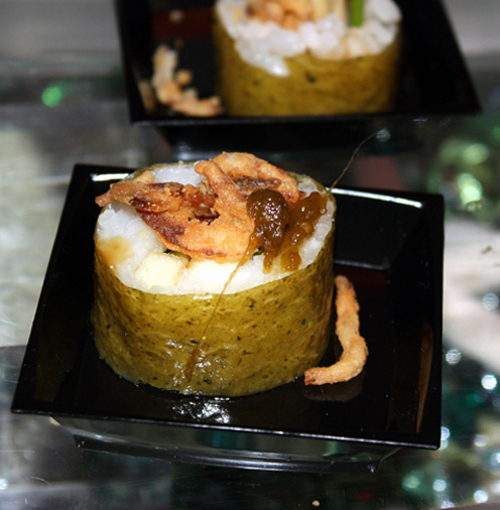 At last week’s eighth annual “Cooking for Solutions” event at the Monterey Bay Aquarium, chefs, winemakers, scientists, purveyers, fishermen, farmers, and food writers came together to learn and discuss  how to better follow a more sustainable path — one that lessens the impact on earth and oceans.

What is sustainable? It comes in all guises. Come see for yourself.

…Tracy Griffith, sushi chef and sister of actress Melanie, whose seared albacore roll (see photo above) served at the gala showcased a sustainable fish that’s one of the top choices on the aquarium’s “Seafood Watch Guide” and “Sushi Guide.” 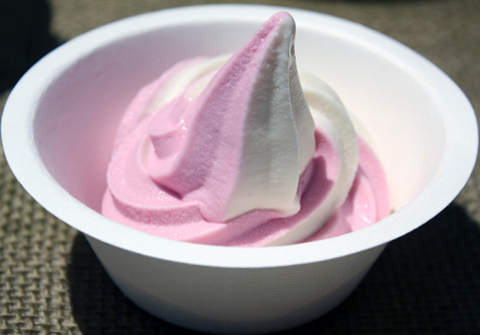 …Carmel Valley’s Earthbound Farm, the pioneer in pre-washed salad greens. With 40,000 acres in California, Arizona, and Mexico, it  now is the largest organic farm in the world. Its farm stand on Carmel Valley Road is open year-round. It just started selling its own organic fro-yo, too.  Slightly tart and lighter in body than Pinkberry, the creamy treat comes in natural honey and a fruit flavor (You can get the two swirled together, too). The day I was there the featured flavor was raspberry. 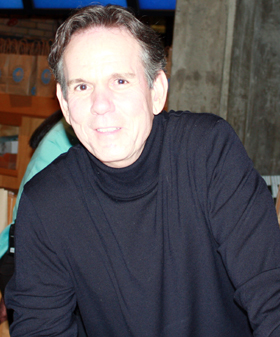 …Thomas Keller. The acclaimed chef of the French Laundry in Yountville was honored as “Chef of the Year” by the aquarium for his work in promoting fresh, local, and sustainable ingredients through his spectacular four-star cooking.

Keller graciously signed copies of his cookbooks during the event, as fiancee Laura Cunningham, former director of operations for his restaurants, looked on. She wasn’t wearing her Keller-designed engagement ring that night, only because it was being re-sized. Still no word yet on whether the nuptials will take place this year or next. 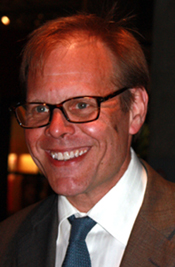 …the Food Network’s Alton Brown, who was honored as “Educator of the Year” by the aquarium. Brown and his wife plan to set up a foundation to foster sustainable food projects. He’s also received the nod from the Food Network to do several “Good Eats” shows highlighting sustainable seafood.

…Tataki Sushi & Sake Bar in San Francisco, the first sustainable sushi bar in North America. Diners are heartily embracing the concept, so much so that the tiny sushi bar now sometimes has a wait of two hours on weekdays.

At the “Cooking for Solutions” gala, Tataki’s sushi chefs handed out “faux-nagi” — scored wild sablefish brushed with the traditional sweet soy-rice wine sauce that has the same silky mouth-feel as overfished unagi (eel). 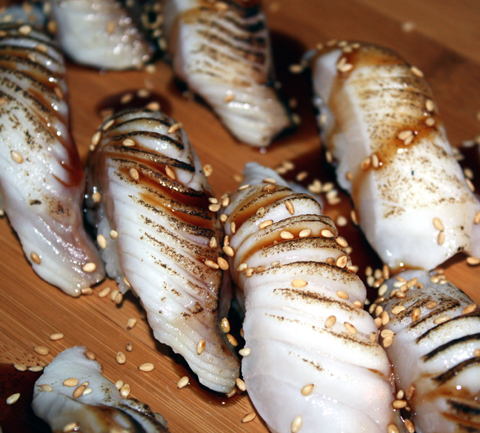 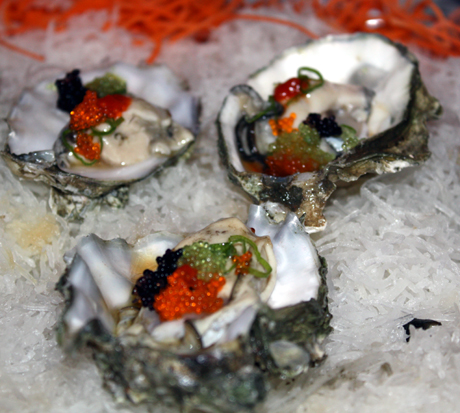 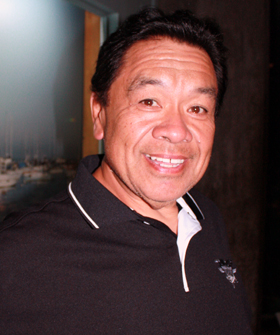 …and Chef Sam Choy, who has taught countless visitors to Hawaii to savor and appreciate true local, Hawaiian ingredients.

Choy is building a new restaurant on Kona that will be 80 percent green. The yet-to-be-named restaurant, with a view of the ocean from every table, is expected to open next year.