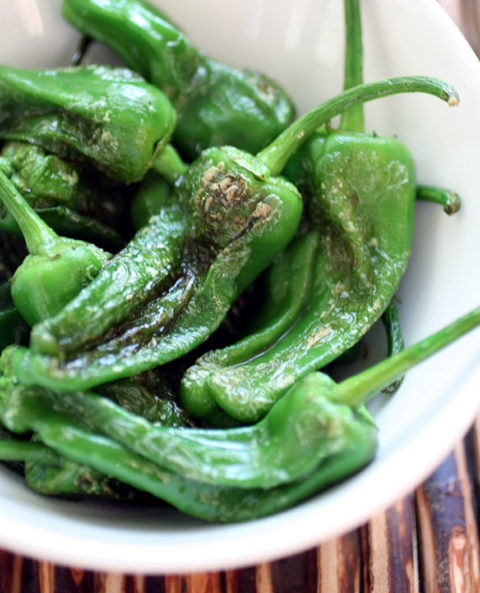 That bowl of blistered, tender peppers above?

I was first turned on to them eight years ago when I wrote a story about them for the San Jose Mercury News Food section. Farmer David Winsberg, whom I fondly call Dr. Pepper for obvious reasons, grows a cornucopia of exotic peppers on his network of backyards and other rented properties in East Palo Alto.

He’s probably most famous for his Padron peppers, though. They are one of the oldest non-hybrid peppers around and were supposedly brought back from the New World to Spain by Christopher Columbus. Named for the town of Padron in northwest Spain, the peppers are a treasured delicacy found in tapas bars around the region during the summer, when they are harvested.

They have a mild grassy, sweet flavor. Cooked, they’re downright juicy in your mouth. 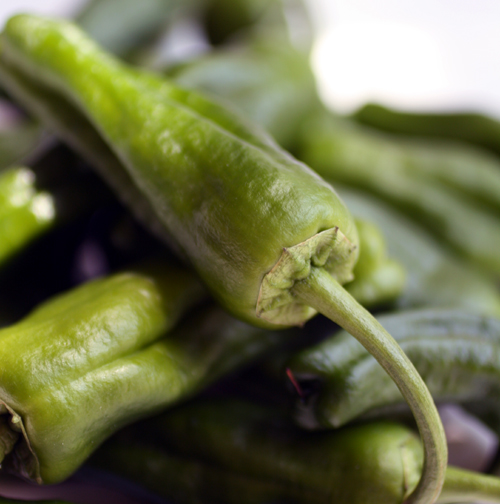 A bag of the Pimiento de Padron peppers is $6.

Preparing them couldn’t be any easier. Put a saute pan on medium heat. Drizzle in a little olive oil. Add peppers, and cook about 30 seconds to 1 minute, stirring regularly, until their skins start to blister and soften. Season with sea salt, and serve as the perfect finger-food for cocktails or wine.

Here’s where the fun begins. One out of every five or so Padron peppers packs a spicy wallop. But you can’t tell just by looking at them, which one might be hot. I usually warn my guests ahead of time. Then, they dig in eagerly in this culinary Russian Roulette. When you see someone’s eyes widen or hear someone let out a yelp, you know they’ve just bitten into a hot one. 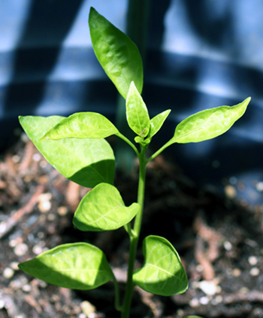 I also grow my own Padron peppers. Every year for the past three or so, I have planted one seedling. They’re not easy to come by, but you can sometimes find them for sale from plant vendors at farmers markets. This year, I bought mine at the plant sale held by the Santa Clara County Master Gardeners.

My seedling is just a tiny thing right now. Actual peppers are still a few months away.

Fortunately, Happy Quail Farms starts its seedlings in a green house. I say “fortunately,” because now that the weather is warming, I can’t go long without my fix of peppers. Once you try them, it’s guaranteed that you won’t be able to, either.