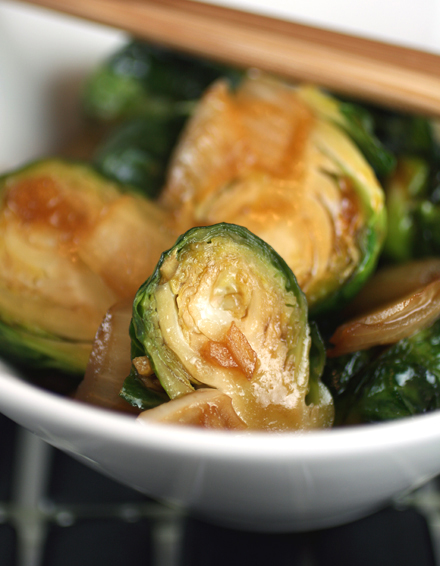 A lot of people harbor a love-hate relationship with Brussels sprouts.

Me? I’ve had more of a love-avoidance pact with this miniature member of the cabbage family.

Growing up in a Chinese-American household, Brussels sprouts just weren’t to be found on our table. Amid a profusion of bok choy, sugar snap peas, gai lon, long beans, and winter melon, they were one green vegetable never prepared by my parents.

Not that I minded. After all, as I got older, the only descriptions I heard about Brussels sprouts definitely weren’t kind. They were lampooned in magazines for smelling up the house something fierce. And don’t get me started on the disgusted expressions my friends would make whenever this cruciferous veg was mentioned.

So I never ate them. If I saw them on menus, I avoided them, armed with the firm knowledge that they were to be shunned as if they were the Bubonic plague of vegetables.

As I got older, though, and more adventurous with my palate, I actually tried them. And what do you know — they weren’t so nasty at all. In fact, they were pretty darn tasty — firm and crunchy in the center, and covered with tender little leaves. I enjoyed them with their leaves all separated, and sauteed with bits of salty bacon. I ate them, cut in halves, and roasted in a hot oven until their edges browned and caramelized.

But never had I tasted them in any Asian preparation until I had lunch recently with some friends at Straits restaurant in San Jose’s Santana Row.

Inspired by that dish, I decided to create my own quick version of Chinese-style Brussels sprouts at home with hoisin sauce, fresh ginger, and garlic. My Japanese-American husband, who had never had Brussels sprouts cooked this way, either, took one bite and declared the dish a winner.

Try it yourself. And begin a love-love affair with this veggie all too often given a bum rap.

(serves about 6 as a side dish)

In a large wok or frying pan on medium-high heat, add peanut oil. When oil is hot, add ginger and onion. Stir, and cook for about 2 minutes. Add garlic, stirring to prevent burning, about 1 minute more. Add Brussels sprouts and mirin. Cook for about 5 minutes, stirring regularly, until Brussels sprouts start to become tender. Stir in hoisin sauce. Continue to cook for about 2-3 minutes more. Drizzle with a little sesame oil, and serve. 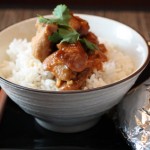 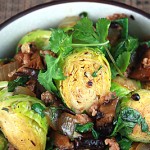