A Honey of A Time 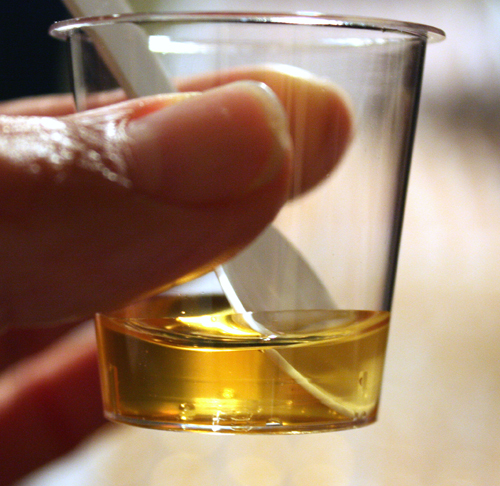 Did you know that there are 300 varieties of honey in the United States?

That, like wine, the flavor of honey is affected by the type of soil the flowers grow in, from which the pollen is plucked? (Different minerals add different nuances, and too much rain dilutes the flavor.)

Did you know that it takes a bee a lifetime to make one drop of honey?

That worker bees live for a mere 45 days?

But that queen bees live for 2 to 3 years? Talk about girl power.

I had a honey of a time learning all about the sticky nectar last week at Perbacco restaurant in San Francisco, where Chef Staffan Terje was kind enough to showcase honey in a special dinner for invited food writers and food bloggers, including my buddies, Single Guy Chef and Foodhoe’s Foraging.

To kick off the night, Bruce Wolk of the National Honey Board walked us through “Honey 101,” with a tasting of more than a half dozen different types of honeys. Yes, they were all super sweet. But the differences, magnified when trying them side by side, was remarkable not only in their hues, but in their flavors. 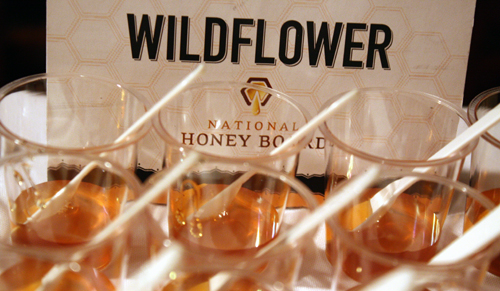 Blueberry honey — named for the blueberry blossoms that help make that particular honey, not because it actually tastes like blueberries — is found only in New Jersey. Its flavor is a little like maple syrup. Pumpkin honey, which is produced in small quantities only in California and Colorado, was a revelation with its amber color and caramel flavor. Avocado honey tasted musky, sort of like molasses. Tupelo — the only honey that doesn’t crystallize easily and is almost extinct because the shrubs needed to make it are so few in numbers now — has lovely floral and cinnamon notes.

Looking nearly like tar, buckwheat honey, nearly black in color, is one honey that Wolk said, “People either hate or love.”

I can see why. This unusual honey has the aroma of a fermented Asian sauce or perhaps a salted, dried plum. Its taste is like strong molasses or even dark, heavy Guinness.

In general, the darker colored the honey, the stronger the flavor and the higher the mineral content. Buckwheat honey has the most minerals of any honey, and therefore, the highest level of antioxidants, Wolk said.

Honey may be good for us, but most of us use it just because we love its flavor and voluptuous body.

Chef Terje sure does. His dishes that night were inspired by ones in Northern Italy that use honey.

“I’m from Sweden,” he explained. “I was the kid who stuck a spoon in the honey jar. That was my candy.” Dinner started with a magnificent tower of smoked trout that had been glazed with a little honey, and served with sweet, tender roasted beets and a poof of creamy horseradish foam. 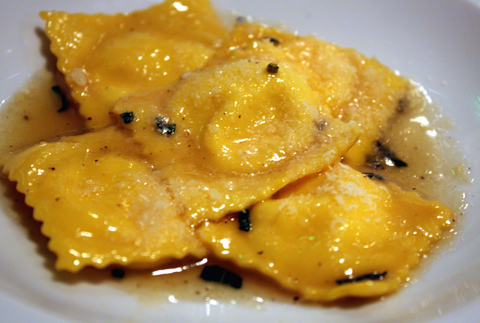 Good thing I didn’t or else I wouldn’t have had room for the delicate, snowy halibut that was poached in honey and Arneis, a floral Piedmontese wine. It was accompanied by artichokes cooked in a little thistle honey. 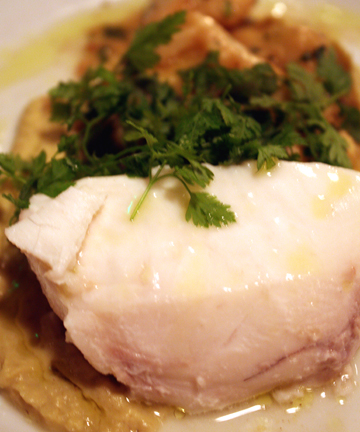 Next up was 36-hour honey and Barbera-glazed Wagyu short ribs with autumn vegetables. The meat was tender, yet still held its shape well. 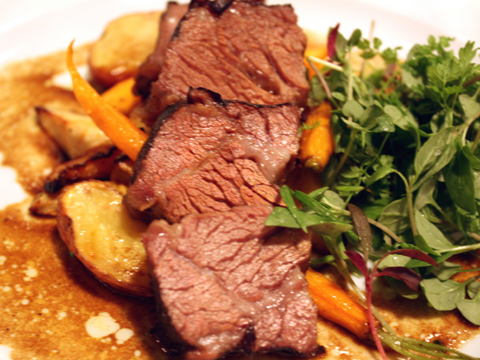 The evening ended with a dessert plate that held a tiny, crisp Italian donut hole with honey-caramel cream, a square of torrone semifreddo, and a most interesting honey panna cotta that was topped with a little milk. When you used your spoon to break through the wobbly custard, it became a unique mixture of solid and liquid. I don’t think I’ve ever had so much honey in one night.

How sweet it was.

I know I’ll never look at that squeezable plastic bear on the supermarket shelf quite the same way again.