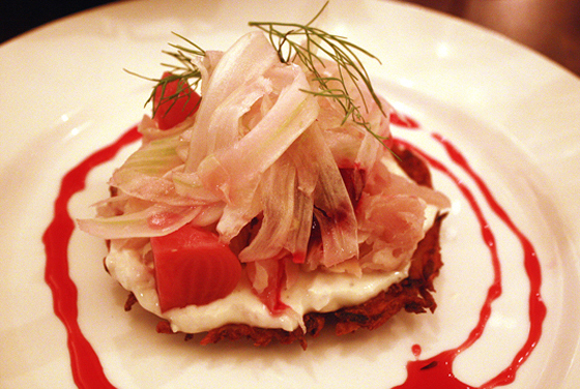 Baker & Banker? That would be Pastry Chef Lori Baker and her husband, Chef Jeff Banker, who have taken over the beloved Octavia Street spot that was once home to Quince and the Meetinghouse.

Their two-month-old, namesake restaurant, Baker & Banker, not far from the Hotel Kabuki, serves New American dishes  that are both familiar yet freshened with real flair. Think creamy cauliflower soup ($9) — only made anew with trendy Vadouvan curry. Or grilled top sirloin ($26) — with a short rib-stuffed twice-baked potato for a meat lover’s fantasy. The restaurant also bakes its own breads and churns its own ice creams.

The bistro, with its blackboard walls adorned with the names of the day’s cheese offerings and specialty beers, was bustling on the weeknight that I was invited in as a guest for dinner. 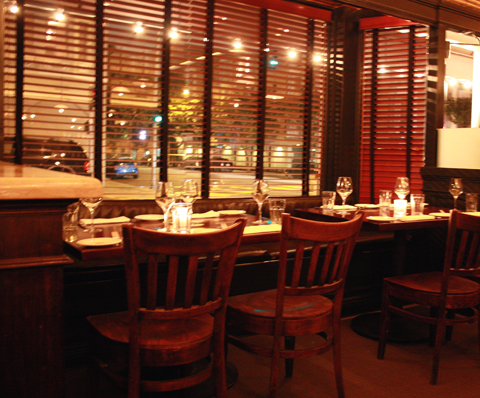 The meal started with a bang, with probably my favorite dish of the night — silky house-smoked trout atop a crispy celery root latke ($12). A tangle of shaved fennel was strewn over the top. Pickled beets added a zippy and colorful note. Horseradish cream gave it all a bright bite. But what really made the dish was the drizzle of fuschia-colored beet syrup. Thick like a molten candied apple, it was sticky, fruity and sweet. The dish was  so many things — smoky, sweet, tangy, crunchy, soft, cooked and raw — that all came together for a lively, exciting taste sensation that changed with every bite. 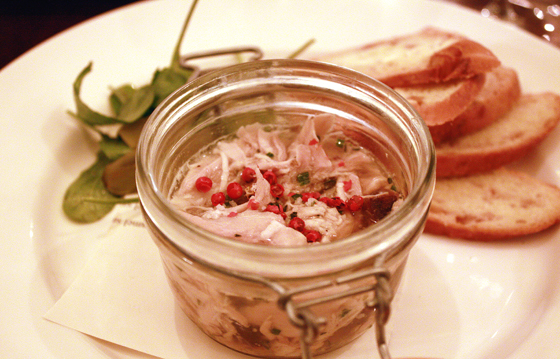 Jones Farm country rabbit and French prune pâté ($11) was served in an adorable little glass canning jar. Its surprising loose and fluffy texture made for a lighter-tasting pâté.  The pink peppercorns, which added a spicy floral quality, was a nice touch, as were the cornichons, which were actually shaved thinly over a handful of peppery greens. 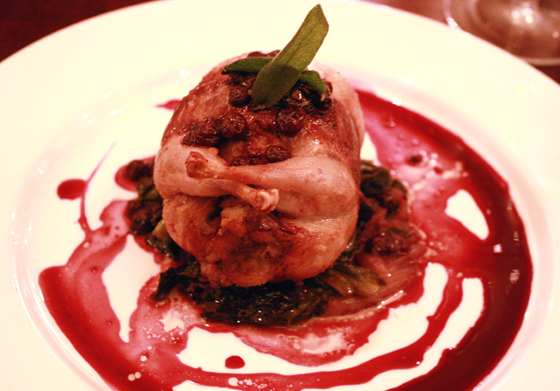 For entrees, we chose the quail ($23), partially boned for a neater presentation, which was stuffed with wonderfully moist cornbread-pecan stuffing redolent of sage. A mulled red wine-huckleberry sauce was the epitome of winter.

A fillet of black bass ($26) was nicely moist with a crisp skin. Crispy shallots and a lemongrass-infused broth gave it Asian flair. The foundation of Thai shellfish risotto with bay scallops was tasty, but a little gummy. 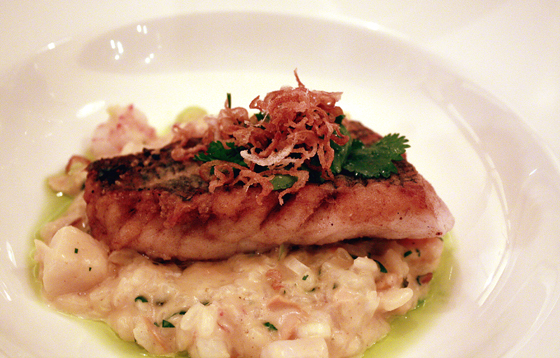 Dessert time brought three brown butter doughnuts ($8) — among the most ethereal I’ve ever had — that were filled with huckleberry jam and accompanied by zesty lemon curd for dipping. 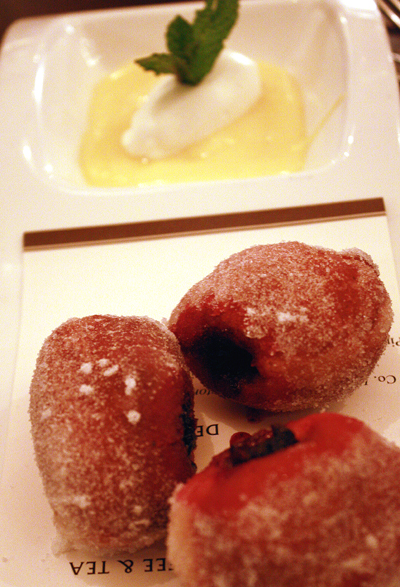 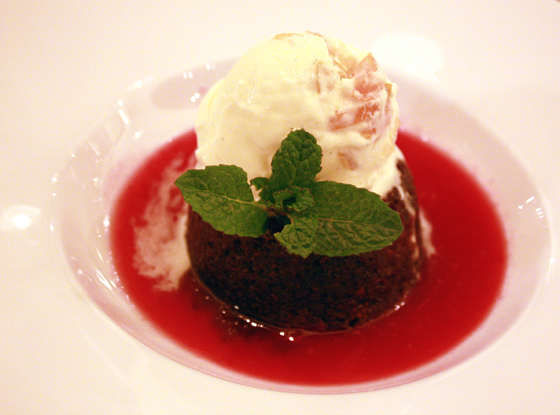 Because the pastry chef thought we needed just a little more sugar, she sent out a scoop of her housemade Bailey’s toasted almond ice cream. Rich and smooth, it was like a boozy, creamy frozen cocktail.

Indeed, had I had a cocktail, I would have drunk a toast to the new Baker & Banker, a neighborhood place with a surfeit of charm. Instead, I happily finished my last spoonful of ice cream in tribute. 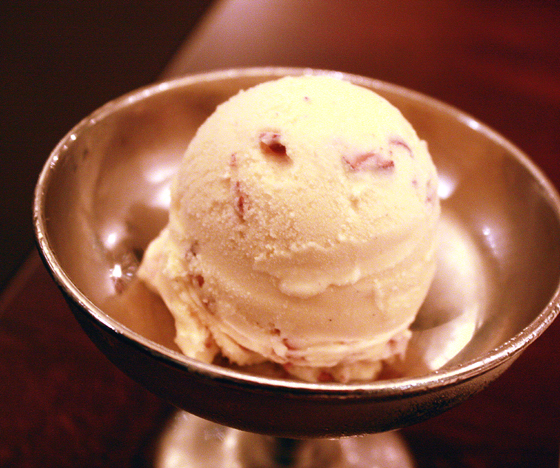