Betelnut — An Oldie But Goodie That Tantalizes and Surprises 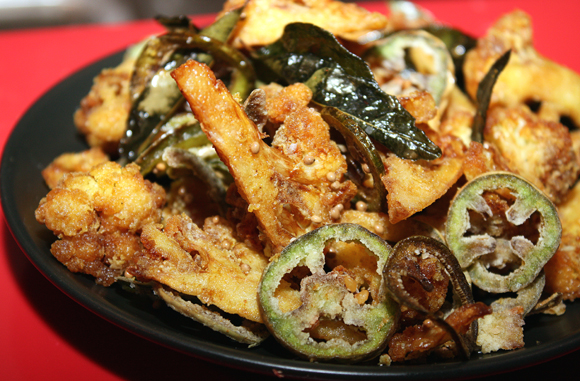 Chef Alex Ong tells an amusing story about just how much he missed Chinese food when he was living in Florida, working for the Ritz-Carlton, way back when.

On his rare days off then, he and his wife would hop into the car to drive to the only Chinese restaurant in sight — Panda Express.

“There was no other Chinese food around,” Ong says in almost disbelief. “I told my wife, ‘We gotta get out of here!’ ”

Fortunately for all of us, the Malaysia-born Ong did get out of there and ended up here — at the venerable Betelnut in San Francisco, a short drive from the Fairmont Heritage Place at Ghirardelli Square. At the popular restaurant, which was turning out Asian street food before that turned into a mega new trend, Ong has been in the kitchen 10 of its 14 years. 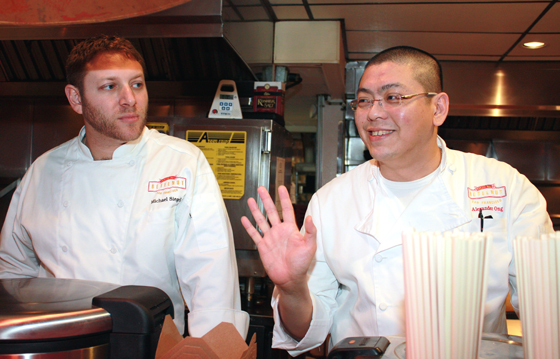 But Ong and his chef de cuisine, Michael Siegel, like to push the envelope, too. Their more daring takes on street food are not always an easy sell to their upper-crust Union Street clientele. If you go, though, you should definitely seek them out. One of Siegel’s favorite dishes of late is his grilled venison with maitake mushrooms and butternut squash. I had a chance to enjoy this dish of tender, juicy meat when Ong and Siegel invited me to come in with my buddy,  local cookbook author, Andrea Nguyen. The servers often tell hesitant customers that if they order the venison and don’t like it, they won’t have to pay for it. So far, none has been inclined to send back this amazing dish. 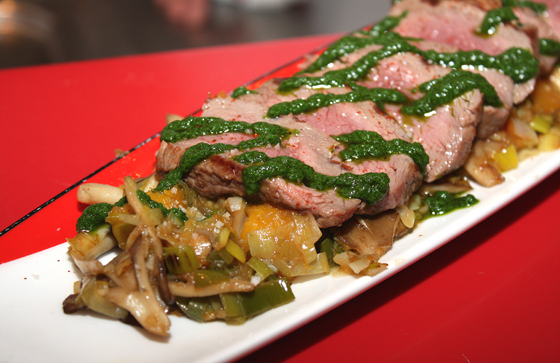 Each night, the restaurant also makes a dish that’s not on the official menu: Beggar’s Chicken. Few restaurants dare to offer this classic dish because of all the work involved. A soy-marinated whole chicken is stuffed with mushrooms, pork belly and Chinese sausages, then the whole thing is first wrapped in lotus leaves, then inside a mass of soft, gray clay. It cooks in the oven for one and a half hours, then rests for an equal amount of time.

When it’s ready to be served, it’s up for grabs by any table in the restaurant, where it’ll be cracked open with a big mallet, releasing all of its incredible aromas. You also can reserve a Beggar’s Chicken ahead of time by requesting one when you book a reservation. 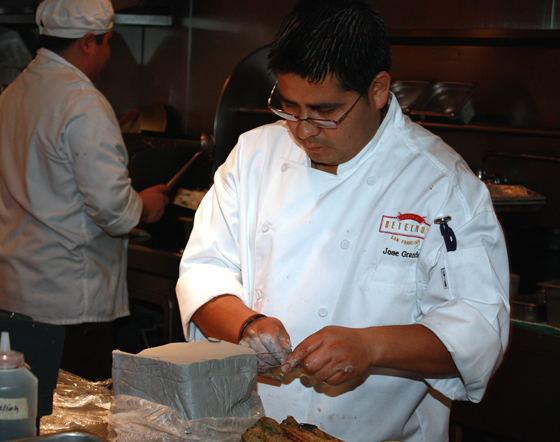 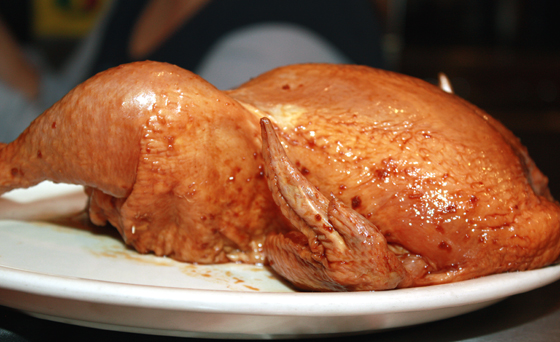 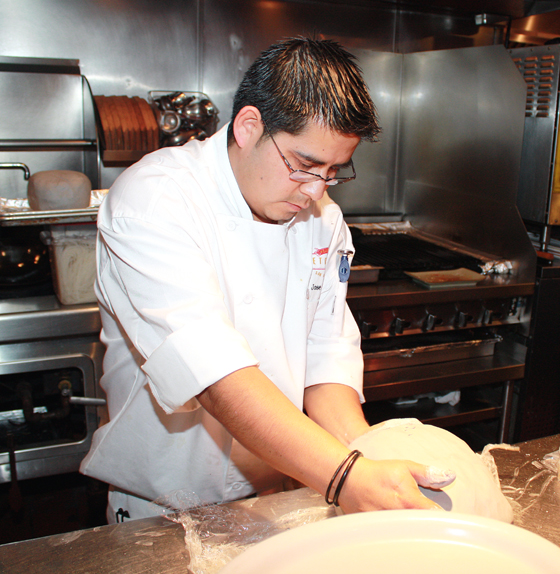 Whatever you do, end your meal with the restaurant’s housemade mochi balls. It took Ong and Siegel a year and a half to perfect them.

These daifuku mochi are made from a dough of mochiko (rice flour). The dough is steamed, then rolled out, cut into circles, then shaped around fillings of rich chocolate ganache. Siegel playfully likens them to Japanese truffles. 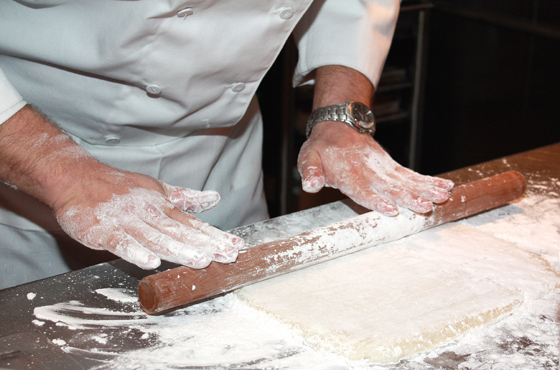 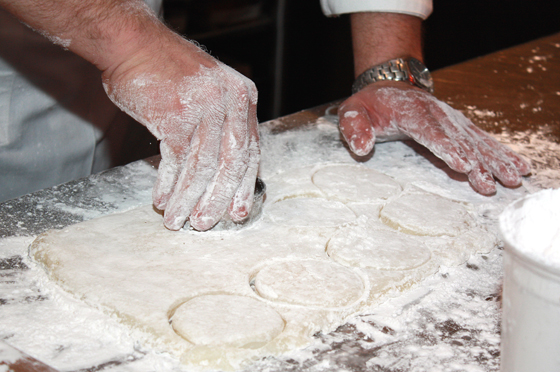 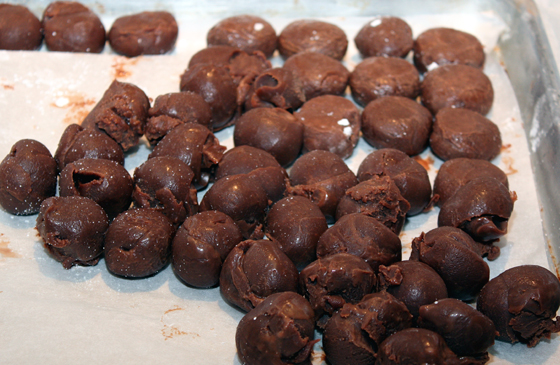 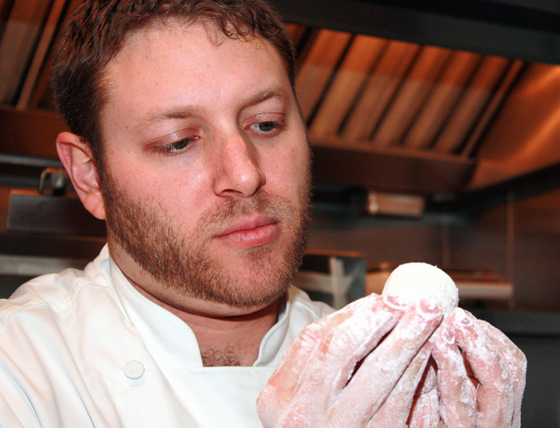 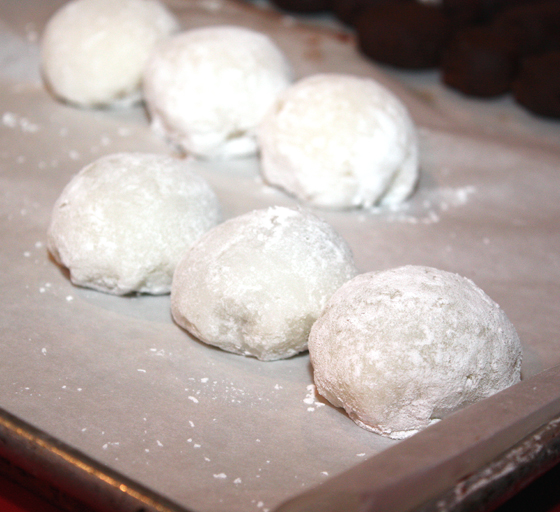 The small white balls come three to an order for $7.58 with one of each variety: Kahlua dark chocolate, milk chocolate Grand Marnier and white chocolate Amaretto.

Unlike other mochi, these aren’t so overly chewy that your jaw gets sore from chomping. They’re more tender, with a soft, pillowy, bouncy texture. Like the Pillsbury Dough Boy, they practically bounce back when poked. To learn even more about these irresistible confections, visit Andrea Nguyen’s blog to read her posts about Betelnut’s chef de cuisine and about making your own mochi at home.