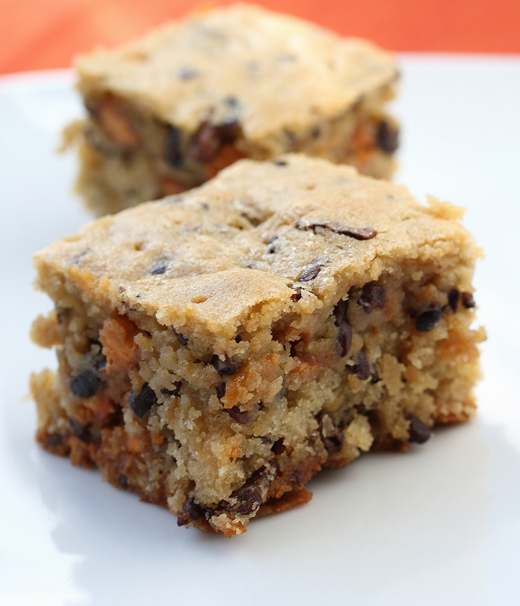 Watching the Winter Olympics last month made me want to strap on a pair of skis or ice skates or heck, even push a strange, tea kettle-like-thang along the ice with a broom.

But mostly, it made me long for some sticky, sweet, lovely amber maple syrup.

After all, Canada (namely Quebec) produces the most maple syrup in the world. And who hasn’t come back from a Canadian vacation without arms laden with maple candy, maple butter, maple tea and maple sugar?

To satisfy my maple craving, I turned to this wonderful recipe for “Maple Blondies” from “The Ultimate Brownie Book” (William Morrow) by my friends, Bruce Weinstein and Mark Scarbrough.

Bruce and Mark have to be the most prolific cookbook authors around. They’ve barely finished writing one cookbook when they’re immediately on to the next. Potatoes, frozen desserts, muffins, pizzas — is there a genre of food they haven’t written about? I doubt it. 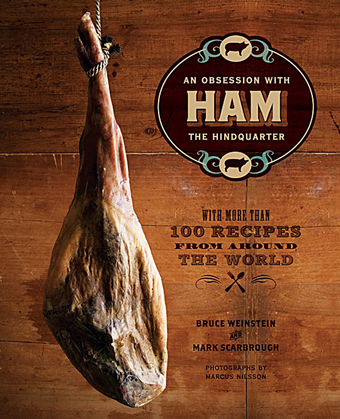 Their newest book already has me excited. “Ham: An Obesession with the Hindquarter” (Stewart, Tabori & Chang) taps into our love of all things hammy. More than 100 recipes are included for everything from “Moroccan-Style Roasted Fresh Ham” to “Filipino Twice-Cooked Pork” to “Sweet Potato Hash with Ham, Pecans and Cranberries.”

Speaking of hammy, if you’ve never caught these two doing a cooking demo, you’re missing out. These guys put Jay Leno and Conan O’Brien to shame. Picture a combination of live cooking and live stand-up comedy. Bruce and Mark can’t help themselves. They like to entertain, and they do it with aplomb.

See for yourself, 6:30 p.m. April 27, when the guys will be hosting a cooking class at Draeger’s in San Mateo. Mark and Bruce will cook four dishes from their new book, including “Indonesian Chile-Lemon Grass Ham Curry” and “Grilled Ham with Herb Spaetzle.”

Now, back to our regularly scheduled recipe: blondies — made with 1/2 cup of real maple syrup, no less.

As with so many of their recipes, Mark and Bruce offer up a template, along with numerous variations so you can customize your blondie exactly like you want.

For me, that meant adding in a dash of real rum just because I thought it would play nicely with the maple syrup. The original recipe called for 1/2 cup of semisweet chocolate chips. But I took up Mark’s and Bruce’s alternative suggestion to add butterscotch chips and cocoa nibs instead.

The resulting blondies were cakey-tender with a deep maple flavor, and pretty black and caramel-colored flecks throughout.

When you’re craving maple, these blondies are one delightful way to get your fix.

1 3/4 cups all-purpose flour; plus additional for the pan

12 tablespoons (1 1/2 sticks) unsalted butter, plus additional for the pan, at room temperature

Position the rack in the lower third of the oven. Preheat oven to 350 degrees. Butter and flour a 9-inch square baking pan; set it aside.

In a medium bowl, whisk the flour, baking powder, and salt until well combined. Set aside.

In a large bowl, cream butter and brown sugar with an electric mixer at medium speed; continue beating until smooth and thick, about 6 minutes. Beat in maple syrup until uniform, then beat in eggs one at a time, allowing the first to be thoroughly incorporated before adding the second. Scrape down the sides of the bowl as necessary. After beating in the second egg for 1 minute, beat in vanilla and rum.

With a wooden spoon or a rubber spatula, stir in the butterscotch chips and cocoa nibs, then the flour mixture, just until incorporated. Do not beat, although the batter will be quite sticky. Spoon the batter into the prepared pan, spreading it gently to the corners.

Bake for 35 minutes, or until the top is light brown and a toothpick or cake tester comes out with a few moist crumbs attached. Set the pan on a wire rack to cool for at least 30 minutes.

Cut blondies into 16 squares while they’re still in the pan. Carefully remove them with an offset spatula. Serve immediately, or let cool completely before covering with plastic wrap for storage at room temperature. They will stay fresh for up to 3 days. The blondies can be tightly wrapped in wax paper, sealed in a freezer-safe bag, and frozen for up to 3 months; allow them to thaw at room temperature before serving.

Adapted from “The Ultimate Brownie Book” 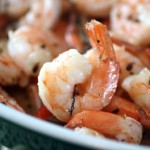 More: My favorite technique to cook shrimp, from Mark Scarbrough and Bruce Weinstein. 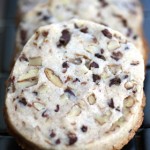 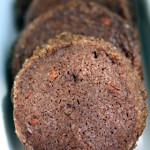