Palo Alto’s Shokolaat Shakes It Up 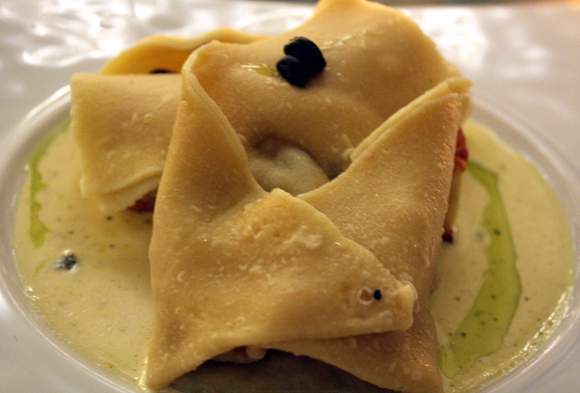 After two and a half years as a small-plates restaurant, the chic Shokolaat restaurant and patisserie in downtown Palo Alto, tweaked its concept two months ago to make the switch to entree-sized main dishes instead.

Chef/Co-Proprietor Shekoh Moossavi said the change has been a hit with diners, who had wanted more substantial fare.

I was invited to dine as a guest recently to try the new menu, which features the likes of roasted quail with shallot confit risotto ($21), and Mediterranean sea bass with parsnip puree, Brussels sprouts and applewood smoked bacon $21).

As you step inside the dimly lit restaurant from the roomy outdoor seating area, the first thing you can’t help but notice is the pastry and chocolate cases, front and center. Moossavi, who has worked at Gary Danko and Acquerello, both in San Francisco, handles the savory side of the menu, while her husband, Pastry Chef Mark Ainsworth, handles the sweets.

Shokolaat also makes all its own bread, too, and sells loaves to take home. If you time dinner just right, too, the waitstaff will send you home with a free loaf of bread if there are still any left at the end of the night that haven’t yet sold. 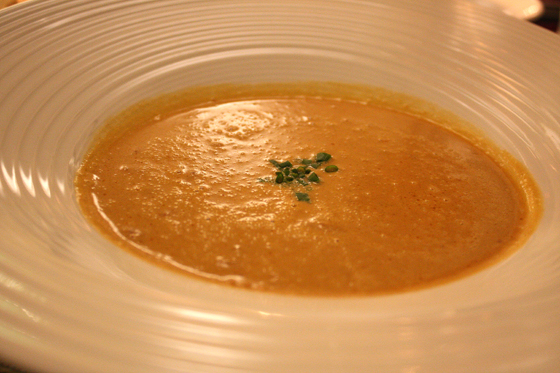 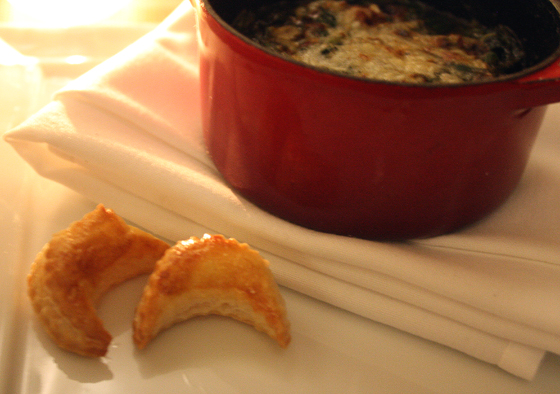 We started with a velvety shrimp and crab soup ($7) that was made with an intense seafood stock with the sweet-briny taste of the sea.

We couldn’t pass up a signature dish of escargot gratin ($12). Served in a small cast-iron pot, the escargot were tender, buttery and revved up with even more richness by the addition of bone marrow and bordelaise sauce. It’s a decadent dish, but well worth that extra mile on the treadmill the next day. 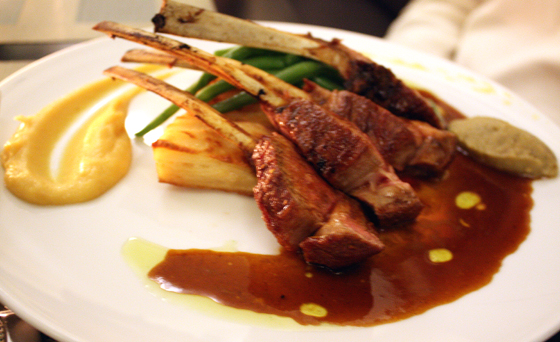 My husband’s rack of lamb ($26) was juicy, and cooked to medium-rare as requested. A very generous, meaty four chops stood on the plate, too. Alongside was a buttery, creamy square of potato gratin.

My rabbit confit tortellini ($20) was unlike anything I’d ever seen. A large “envelope” of house-made pasta dough was folded up over a filling of shredded, flavorful rabbit, then napped with a buttery cream sauce strewn with toasted pistachios. Underneath it was a cake of spaetzle. The customary spaetzle dough had been extruded into a pan to form a cake. Rectangular slabs are cut and sauteed to order. The result is a cake that’s buttery and crisp on top, and dense yet creamy inside.

At first glance, it seemed like a lot of dough one one plate. But in reality, it was no more than what you’d normally find in a plate of pasta; it just arrives in different forms and textures here.

Dessert is always a difficult decision to make at Shokolaat, what with so many choices staring at you from the display cases. But I can never resist souffles. So we placed an order for the bittersweet chocolate-aged dark rum souffle ($10) when we first sat down, since it takes 15 minutes to prepare. 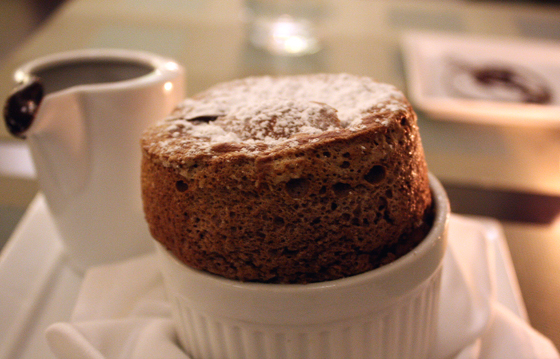 It didn’t disappoint. Shokolaat’s is especially tall and regal looking, with an airy, eggy texture. The small pitcher of chocolate sauce was as thick as Heinz ketchup. I didn’t necessarily taste any rum, but that didn’t detract from the sheer enjoyment of it all at this contemporary bistro that continues to please and surprise.