Take Five with Sara Moulton, On Life After the Demise of Gourmet Magazine 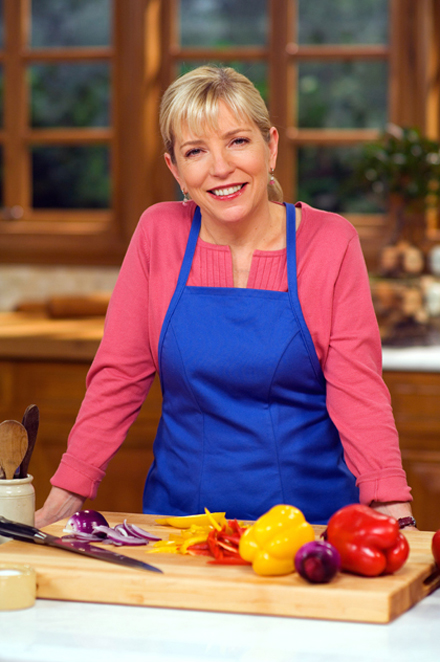 These days, Sara Moulton is almost a rarity among TV cooking show stars.

She’s a cook’s cook, a graduate of the prestigious Culinary Institute of America in Hyde Park, NY, who worked on the line at restaurants in Boston, New York and France for seven years, before becoming an instructor at Peter Kump’s New York Cooking School in New York, and finally executive chef of Gourmet magazine, where she worked until it unceremoniously ceased publication on October 2009.

Moulton, who lives in New York with her husband and two children, has been anything but idle since then. Her third cookbook was just published this month, “Sara Moulton’s Everyday Family Dinners’’ (Simon & Schuster). The book reinterprets what constitutes dinner and provides inventive, healthful fare to wake  up that end-of-the-day meal.

I had a chance recently to chat with Moulton by phone about her new book, the changing culinary landscape, the shock of being unemployed, and the demise of the magazine we all loved.

Q: How did you find out that Gourmet was going to fold?

A: The magazine was way down in advertising pages, but so were many magazines at Conde Nast. We’d already been told we had to cut back 25 percent of expenses. We were already walking around, thinking, ‘Who’s next?’

We thought we were special — a jewel in the crown. We won all sorts of awards. We’d been going through a rough period, through many publishers, and we were way down in sales staff. We knew it was coming, but didn’t know it was coming.

I’m not mad. I know Conde Nast had to make choices. I found out on a Monday morning, when I was out doing a photo shoot for my cookbook. We were at the farmers market with the photographer and had just gotten started. My cell phone rang at 9:30 a.m. It was my chef de cuisine, calling, and she was crying. I thought somebody had died. She said that they were shutting down the magazine, that there had been a meeting with the staff.

My immediate boss then called to tell me we had to have everything out by Tuesday at 5 p.m. It was quite a scramble.

Q: Where you able to pack up all the things that had been meaningful to you all those years?

A: My husband came to the office and helped me. We packed 35 boxes of books and shipped them home. I gave a bunch to Columbia University, and we built a new bookshelf in my son’s room.

I also took an old copper bowl, with Conde Nast’s permission. It’s from France, from the same cookware store that Julia Child used to buy her cookware from.

It’s a very heavy bowl. At my last restaurant job, I was the chef tourneau (substitute cook), who could work any station necessary. One thing I had to do at times was pastry, which was not my forte at all. We had an apricot soufflé on the menu, made with dried California apricots, sugar, lemon juice and egg whites. We used to make the recipe by hand, whipping the egg whites by hand. We’d make seven soufflés at a time.

On Saturday night that was my job. I’d have to make four or five batches. This bowl is a dead ringer for that bowl. The apricot soufflé finally ran in Gourmet, and I also would teach people at classes how to do it by hand. The first time you whip egg whites or make bread, you should really do it by hand because you get a feel for it more. I didn’t want to leave that bowl behind. I didn’t want someone who didn’t care about it to just grab it and throw it out. It hangs in my kitchen now. I’m looking it as we speak.

Q: Your job at Gourmet was probably every foodie’s fantasy.

A: As the executive chef of the dining room, I cooked meals for the advertisers. We’d wine and dine them. Then, we’d hit them up for advertising. It used to work really well. (laughs). I was making the best food of my life in that dining room. It was a great job.

Q: Do you have a huge stack of Gourmet magazines at home?

A: I had all the issues from 1970 to 1980, which my aunt had given me before I started working at Gourmet. Then I kept every magazine from day I started. But the day I walked out of there, my chef de cuisine said, “You can find all that on Epicurious.com.’’ So, I left them. I don’t have the issues from 1980 to now. I wish I had taken them.

But Conde Nast has decided to license the Gourmet name, and has hired me as a consultant, so I can probably get those issues back.

The end of the magazine was sad. But I’m excited about doing something new. It’s exactly six months today that I’ve been unemployed. I’m the main bread winner in my family, so I have to make money. (Her husband is a writer, working on a book.) 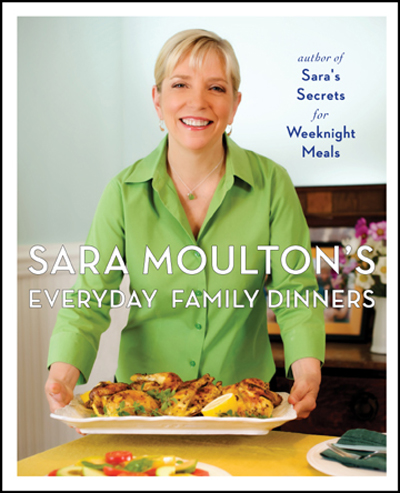 Q: How would you say that your new cookbook differs from so many other quick-cooking ones out there in stores?

A: I’ve always had one job or three, but I’ve also always had dinner at home at least three times a week with my family. I tried to think of my own tricks. When I worked in restaurants, you have to have your mise en place, all your little bowls of ingredients all prepped ahead of time, because you are making one dish at a time. But at home, I was chopping an onion while heating the pan. Or I was chopping garlic while that onion was cooking. In this book, I dispense with mise en place except for Asian recipes. I take advantage of simmering or searing time to tackle the next step. And if you need to, you can just pull the pan off the stove while you chop the next thing you need. Why do it all ahead of time? It’s a waste of time.

Q: Any other ways this book differs from your others?

A: In a hidden way, it’s also about health. I bulk up the recipes with vegetables. Protein portions are 4 ounces or less. In many recipes, I try to give suggestions for lighter options. If you eat this way, it’s just better for you, especially because in this country, we eat too much. The recipes have been tested even more than in my other two books. That’s because the recipes had to be written differently, to take into account where to insert instructions to chop the onion or the garlic.

In this book, I also take into consideration the economy. I don’t talk about pre-washed lettuce because it’s expensive. Why spend $5 on a container of lettuce when you can buy a head of lettuce for a lot less? Even I ask that. I’m unemployed.

I have a couple recipes for shrimp or scallops, but you won’t find prime rib or lobster in this book. I use cheaper cuts of everything. And I have a whole chapter on ‘Two for One.’ One of my favorites is where you use shoulder lamb chops, which are much cheaper than loin or ribs. The first night, you grill them and put herb butter on them. The second night, you take two of those leftover chops and turn them into lamb burgers in a food processor to make four burgers. Four burgers from only two chops!

Q: I like how you reinterpret what dinner is, too. In this book, it’s not just a protein with a veg and starch on the plate. Is can be a sandwich, a hearty salad or even a bunch of appetizers. Is this how you eat at home?

A: Yes, absolutely. Mainly, because I got bored. My Mom was very good cook, but we stayed to that traditional formula. Why not make it more fun? Why not have breakfast for dinner or a soup?

Q: Do you worry that too many people consider cooking pure drudgery today or complain they just don’t have time for it?

A: I try to pretend it’s not true to convince them they’re wrong. How have we gotten to this point where we have no time for cooking? We just decided it’s not a priority. Yet we have all those hours for watching TV or being on Facebook. If you want to do it, you really can. It’s your choice. It’s not like you have to magically find a 25th hour in the day. It’s there.

Q: What ingredient do you wish more people would discover?

A: Chervil. It’s such a wonderful fresh herb. They use it beautifully in French cooking for finishing dishes like seafood salads. Pumpkin seed oil is another great ingredient, especially in salads. And pistachios. Nuts are healthy for you, even if they are high in fat.

Q: What ingredient do you wish people would use less of?

A: Sugar in savory dishes. I don’t like it unless it’s well balanced. I’m tired of going to restaurants and wondering if this is the entrée or the dessert. I understand sugar is an accent, but I think it’s being overdone. As a nation, we’ve gotten addicted to sugar, so the tendency is to add it to a dish to make people like it more.

Q: What’s your idea of a perfect dinner at home?

A: Mine might be different than the rest of my family. A big bowl of soup with grilled bread and a tossed salad. That to me is sheer heaven. It’s comforting, healthy and nurturing. My favorite thing to eat is stinky cheese, though.

Q: What do you think of the trend in food shows that are more about competition or eating the most frightening or shocking thing?

A: I’m not into it, although I do like Anthony Bourdain. He’s a leathery, tough guy, but he’s the exception. I still like the PBS shows like Lidia Bastianich’s, because I actually learn something.

I’m a mom, a homecook and a professional. cook. To me, cooking is all about nurturing. Competition takes it as far away from what it should be.

Q: With blogs and so many other forms of culinary information online now, do you ever worry that there will come a day when someone like you becomes obsolete?

A: I think it’s already happening. (laughs) But I’m still blissfully ignorant. Even on my last book tour, people were saying they just download recipes, they don’t buy books.

People who came after me at the Food Network couldn’t cook and they became huge. I feel like I’m becoming obsolete, but I try to ignore it. I will start blogging every week. I hate all this ‘Me, me, me’ stuff. I am tweeting. But I don’t get it. Who cares about this kind of stuff? That’s what our culture is all about these days.

But I don’t want to sound too negative. All I really want to do is just help people to cook more and to get food on the table every night of the week. 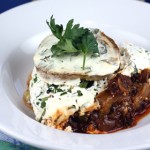