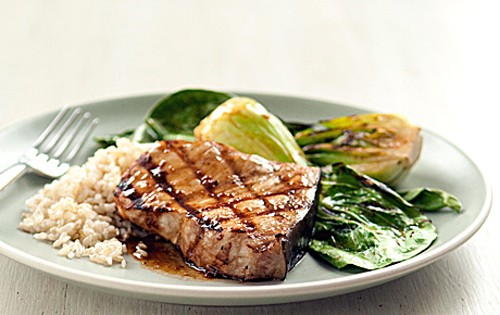 Through August or until supplies last, Whole Foods Markets are selling fresh, harpoon-caught Novia Scotia swordfish that have been certified by the Marine Stewardship Council as sustainable.

Whole Foods is the only major grocery store selling the MSC-certified swordfish, which retails for $18.99 per pound.

Instead of being caught in giant gillnets, which can be destructive to ocean  habitats and capture unwanted fish, these swordfish are captured in a very primitive, time-honored method. Fishermen use harpoons to target individual, mature fish one by one. The fishing boats, many family-owned, usually return to shore within 72 hours, ensuring that swordfish arrive at stores within 48 hours.

The Canadian government also has worked to limit the fishing season to three, five-day intervals, to help maintain the swordfish population.

With a dense, meaty texture, swordfish is fantastic cooked on the grill.

Because swordfish are high on the food chain, though, they can accumulate higher levels of mercury compared to other smaller fish. As a result, the U.S. Food and Drug Administration recommends that pregnant women, women of child-bearing age and children should avoid swordfish. For other, healthy people, who eat a varied diet, swordfish is not a risk.

For a recipe for the grilled chili-garlic  swordfish with bok choy, pictured above, click here. 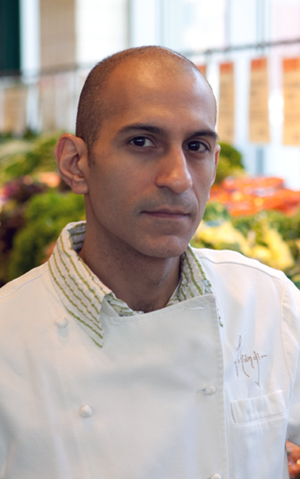 Kids and their parents are invited to the Whole Foods Market Potrero Hill store in San Francisco, 11 a.m. to 1 p.m. July 25, when Chef Jehangir Mehta makes a visit to teach about healthy food choices for the whole family.

You may remember Mehta, executive chef of Graffiti in New York City, as a runner-up on last season’s “The Next Iron Chef” competition on the Food Network.

Mehta will lead a tour of the store, then conduct a cooking demo to encourage kids to try new flavors.

The program is designed for kids ages 6 to 11, and space is limited to 15 children and 15 adults. Price is $30 per parent/child pair.