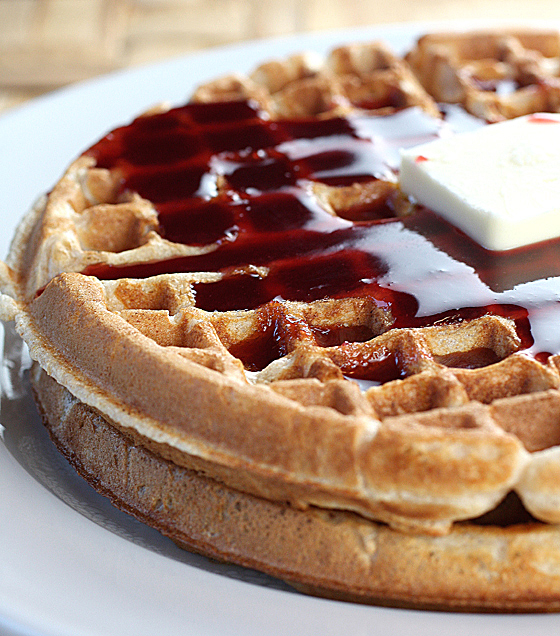 When my husband hears the words, “whole grains,” he makes a face.

You might as well be uttering the words, “pickled eyeballs,” because he’ll make the same expression of disgust.

All too often, he fears “whole grains” means “too healthy to possibly taste any good.”

But Kodiak Cakes made a believer out of him. 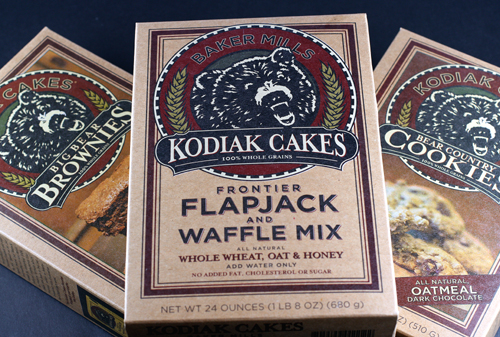 Jon Clark started the company, Baker Mills, in 1994 with a line of whole grain mixes named Kodiak Cakes.  His grandfather was an expert hot cake maker — turning out stacks of hearty whole-wheat ones for breakfasts. Jon’s mother kept that tradition alive in her own family, going so far as to mix up the dry ingredients for her father’s recipe in brown paper bags to sell in the neighborhood. Even though the neighbors clamored for more, Jon’s mom was too busy raising her five kids to make a real business out of it. 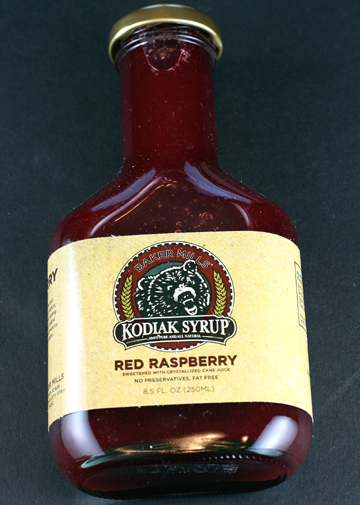 Fast-forward 12 years later, when Jon decided to pursue his mother’s dream, naming the company with the maiden surnames of his mother and grandmother. Now, the company sells its products in 4,000 grocery stores nationwide as well as on its Web site.

The “Frontier Flapjack and Waffle Mix” ($5.75 per box) is made with whole wheat, oat, honey, non-fat dry milk, and egg whites. All you do is mix with water and in seconds, you’re making pancakes or waffles even before the coffee’s finished brewing. Even though I usually make ’em from scratch, even I felt a thrill to get a stack of waffles ready in no time flat. And what waffles these are — crispy on the outside, with an airy interior and a wonderfully hearty flavor.

Kodiak Cakes also makes its own berry syrups to go along with the flapjacks. They are a treat. When you pour the raspberry one ($5.75 for a bottle) over waffles, it makes the whole stack taste like a giant jelly doughnut.

The “Big Bear Brownies” mix ($5.75 per box) requires additions of butter, vegetable oil, water and two eggs. With a very thick batter, the brownies bake up moist with a lovely crackly top.  The perfect consistency between fudgy and cakey, the brownies have a pronounced deep chocolate flavor. 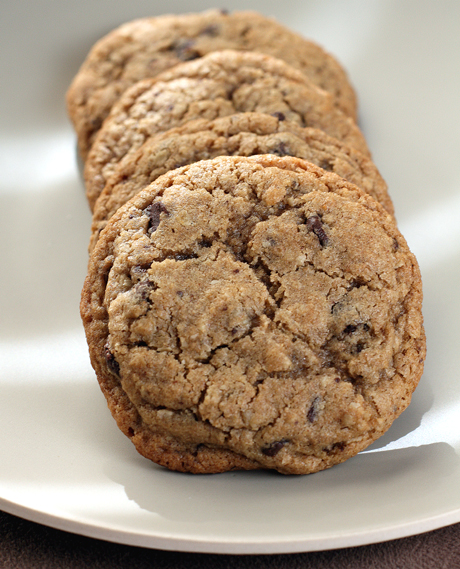 The “Oatmeal Dark Chocolate” cookie mix ($5.75 per box) bakes up picture-perfect treats with crisp edges, a soft interior and a none-too-sweet flavor.

But don’t take my word on just how good the mixes are.

Just ask my husband — who, after just one bite, wasn’t making that face any more, but asking for seconds. 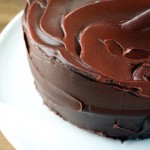 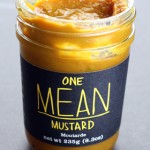 And: Jamie Oliver’s Line of Artisan Condiments, Cookies and Jams