When it comes to contemporary cooking in the Bay Area, what’s old is definitely new again.

That was decidedly evident in the “Culinary Innovation Demos” at the Westin St. Francis last week, held for culinary industry folks, as part of the third annual SF Chefs Food Wine event.

Thad Vogler, mixologist of Bar Agricole, got the party started by passing out Cooperstown cocktails to the audience — a refreshing, herbal-forward libation made with gin, two kinds of vermouth and pineapple mint grown at the restaurant. 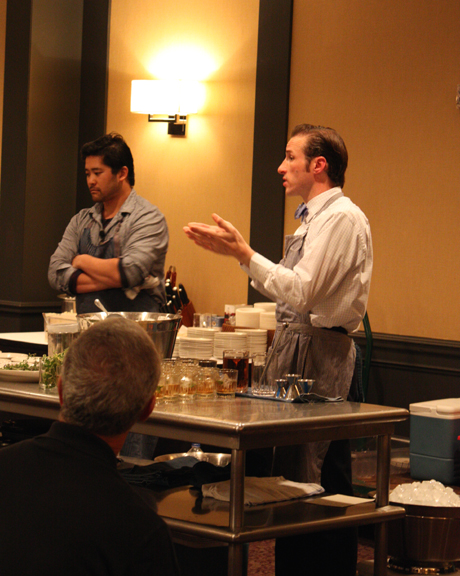 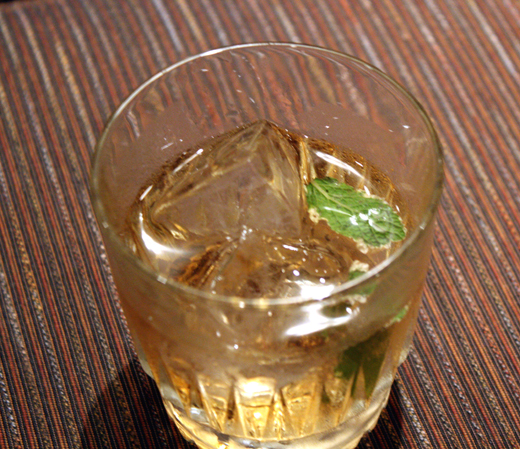 The classic aperitif originated at New York’s Waldorf-Astoria to prime the palate for the meal to follow. At Bar Agricole, the drink is refined with large cubes of ice, specially made to lessen dilution and keep the drink extra cold. It’s also served in a super thin glass made in Japan to enhance the sipping pleasure.

Next, Jew showed his flair by transforming an 18th century Careme creation into something bold and new.

Aspic or meat jelly might not be familiar to most palates these days. But Jew’s creation might just have more appetites primed for it. Bar Agricole receives two whole pigs a week and makes use of every bit. Indeed, Jew often will make a pork gelee from the pig’s head. Then, he sets a 7-minute, soft-boiled egg inside with a few pretty herb leaves. After chilling, the gelee emerges as a nearly translucent sphere with a whole egg visible inside — much like an artsy paperweight with seashells or flowers suspended inside. It’s like the best savory Jell-O mold you’ll ever experience, and a great nosh for a sweltering day.

But Naughton reinvents that by making a version that’s a pure expression of summer instead. 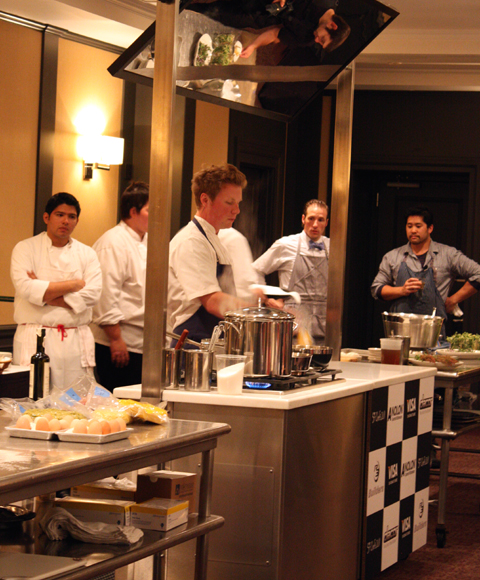 He starts with eggy, pasta dough that he cryovacs — vacuum seals in a plastic bag — to help hydrate it fully, making it easier to work with.

He fills tortellini with ricotta, then floats these delicate dumplings in a warm broth not of traditional chicken stock, but of tomato water. Light in texture, it’s intense in tomato flavor with bright acid and sweetness.

As New Yorker Poris so rightly said: Those dishes exemplify why San Francisco is the most exciting food town in the nation right now.

Two days later, half a dozen experts lent even more credence to that declaration during the panel discussion, “The Secrets of Success.” 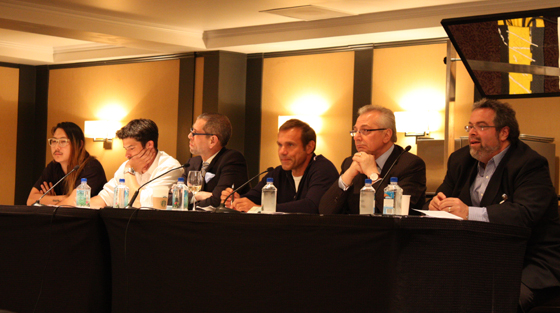 * Nieporent, who has 35 restaurants, most of them in New York, also opened the beloved, but now-shuttered Rubicon in San Francisco. “I was in San Francisco for 14 years. I never made a dollar. But the people who went through there — Richard Reddington, Chris Cosentino, Larry Stone, Rajat Parr and others — were astounding. That restaurant was not monetarily successful. But it was a creative genius.”

* Bowen, who created a funky restaurant within a restaurant that draws lines around the block, says the key to success is: “You have to be hard working, humble and attentive.” Bowen, who was born in S. Korea and adopted by a family in Oklahoma, walks the talk. Even after graduating from culinary school, externing at Nieporent’s Tribeca Grill in New York and achieving runaway success in San Francisco, he says he still considers himself merely a cook, not a chef.

* Rigo causing a few squirms on the panel when he dared ask Lucchesi what he thought of the power of a restaurant critic who has been in the same job for 25 years, whom chefs try to curry favor with by specifically putting dishes on their menu they think he will like? Although Rigo didn’t immediately name names, anyone who wasn’t born yesterday knew he meant Michael Bauer of the San Francisco Chronicle.

Gibin jumped in to say his restaurants have never tried to cater to Bauer’s likes or dislikes, but rather stay true to their concepts. He also said that he, personally, didn’t know of any chefs who would try to tweak their menu that way.

Lucchesi also didn’t think menus had turned homogenous because of the influence of one critic. “Once upon a time, there was a lot more unoriginality on the plate. But in the past few years, there have been so many fresh, new takes like Mission Chinese, Commonwealth and Prospect. And there are definitely a lot more voices out there now, doing critiques.”

* On the power of social networking, Bordeaux-born Rigo brought down the house by joking that a friend recently gave him a T-shirt that proclaims, “Real French Don’t Tweet.” More: A Look at the Glorious Food at SF Chefs Food Wine 2011