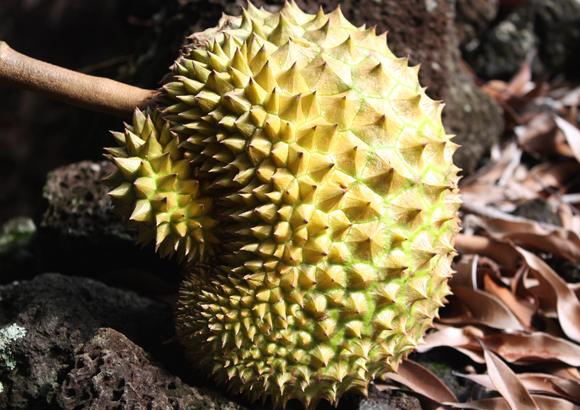 But it is as a farmer on the Big Island that he is perhaps most happiest.

I can’t help but get that feeling as Love, a big bear of a man with a desert dry sense of humor, showed me around a five-acre plot of wild Eden on a friend’s property that he looks after. I had a chance to meet Love, president of the Hawaii Tropical Fruit Growers Corp., on my recent trip to Hawaii, courtesy of Hawaii Visitors and Convention Bureau.

A specialist in tropical fruit horticulture, he’s also quite the activist, rallying for the Big Island to feature home-grown fruit and veggies in school lunches rather than the rock-hard peaches and tasteless imported apples that often end up on cafeteria trays instead.

He’s also about to become a film star. Love recently filmed a documentary with actor Bill Pullman, who happens to be a fruit activist, himself. (Who knew?) The film, “The Fruit Hunters,” is based on the book of the same name by Adam Leith Gollner. It looks at the diversity of fruit in the world, as well as folks who become almost fanatically passionate about fruit. The movie is expected to be released by the end of next year. 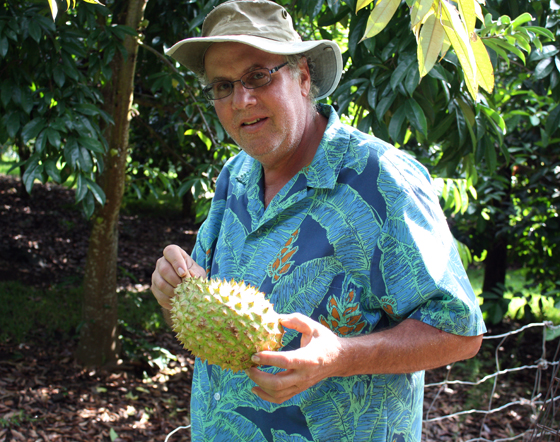 On this quiet afternoon, as we thread our way through this lush five-acre spot, Love stops every few steps to point with pride to a tree or bush, and to pick something amazing for me to taste. It’s a veritable fruit smorgasbord before my eyes.

There are durians, those odorous orbs covered in an imposing thorny shell, which he sells like hotcakes at farmers markets, despite their hefty price-tag of $20 to $50 each. 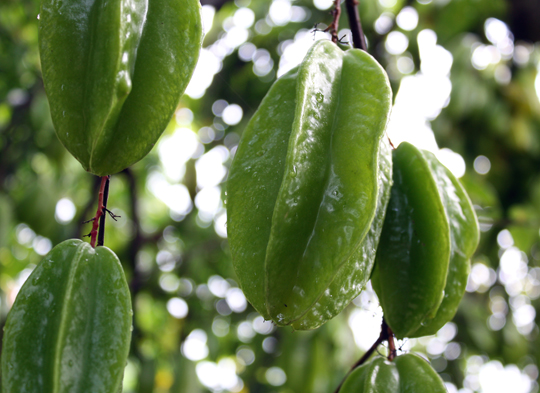 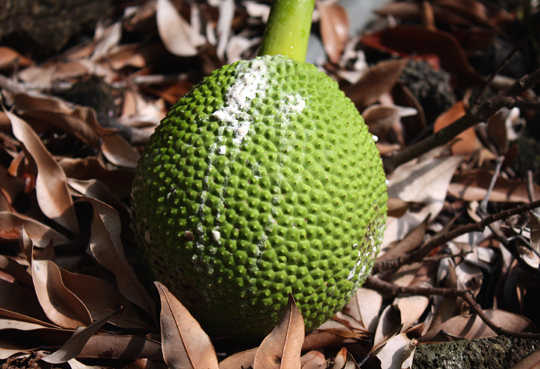 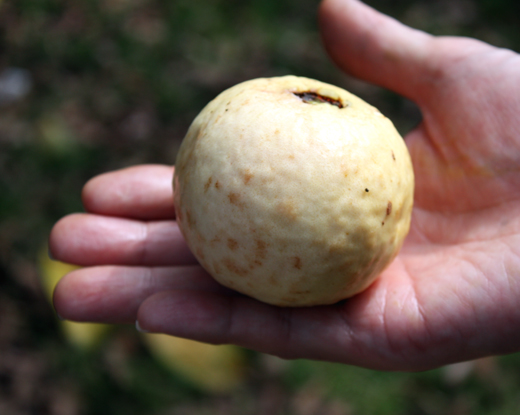 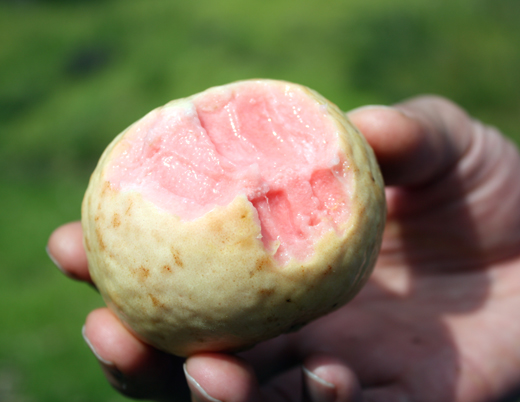 There are star fruit, jackfruit and yellow guavas, as well as wampi, a small golden colored fruit from South China, with grape-like flesh that has a lovely floral quality. 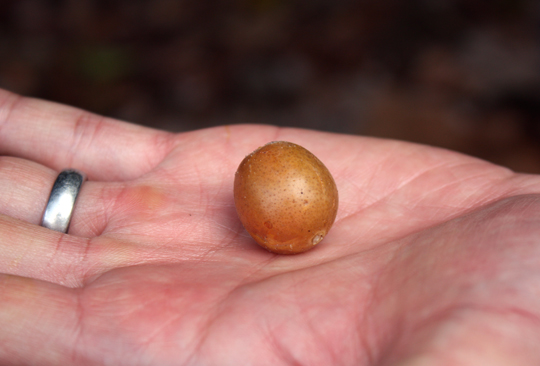 There is even “miracle fruit,” those teeny red berries that when chewed change the taste of anything you stick in your mouth afterward. A tart lemon becomes sweet. A hoppy beer ends up tasting like chocolate milk. Online sites sell the berries for an unbelievable $3 each. Love, however, doesn’t sell them. He just grows them because he can. As I leave, Love hands me a parting gift — an avocado nearly as big as my head. Seriously, this baby could make enough guacamole for an army. I, however, cut chunks of it for a salad later that night. As I sliced into its creamy, oh-so buttery ample flesh, I couldn’t help but marvel at it. How easy it must be to grow fanatical about fruit when the fruit is this extraordinary. 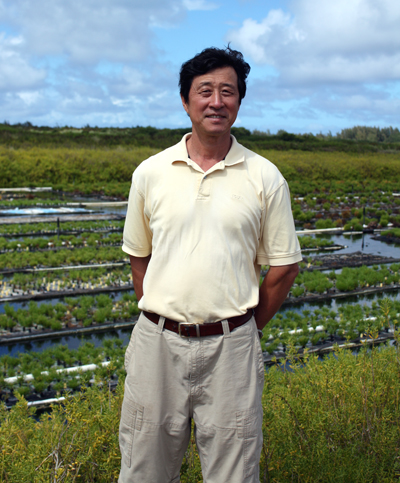 Wenhao Sun is a farmer of a different sort.

He farms not on land, but in water — very salty water.

His hydroponic farm on Oahu’s North Shore is the only one growing sea asparagus in the United States. Sea asparagus, otherwise known as sea beans or glasswort, is a succulent that has a shape like cactus if cactus were reed-thin. It is crunchy and salty, almost a little celery-like in flavor with a faint bitterness. It is also high in good-for-you folic acid. You can eat it raw or pickle it. Sun also sells it in jars of pesto, salad dressing and salsa verde. In Hawaii, you can find his fresh sea asparagus sold at Whole Foods in 4-ounce packages for about $5.

It grows wild in mud or marshland in Mexico, England, New Zealand and Australia, according to Sun. The Middle East has grown it for decades, but mostly to extract its oil from the seeds to use in cooking or the making of cosmetics.

You may have even eaten it in California, as it’s become a trendy garnish on dishes at top restaurants such as Manresa in Los Gatos and Coi in San Francisco. You’ll also find it on menus in Hawaii at Chef Mavro, Alan Wong’s, Roy’s, Sam Choy’s restaurants and Ola in the Turtle Bay Resort in Kahuku, where I enjoyed it in an ahi poke bowl. 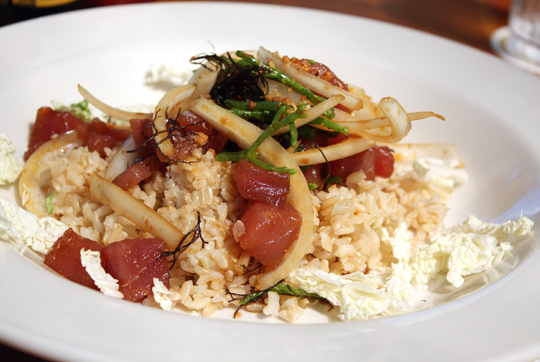 Sun, a former researcher at the University of Hawaii’s College of Tropical Agriculture and Human Resources, wants to introduce more people to this nutritious vegetable. But more than that, he wants to show that terrestrial plants can flourish in ocean water. It’s a promising idea, considering that farmland and fresh water grow more scarce on this planet each year.

The sea asparagus start from seed on a floating platform in slightly diluted sea water that is rife with seaweed and tilapia to help keep the water oxygenated. They are harvested after three and a half months. Currently, he grows about 500 pounds a week per acre on his two-acre plot. 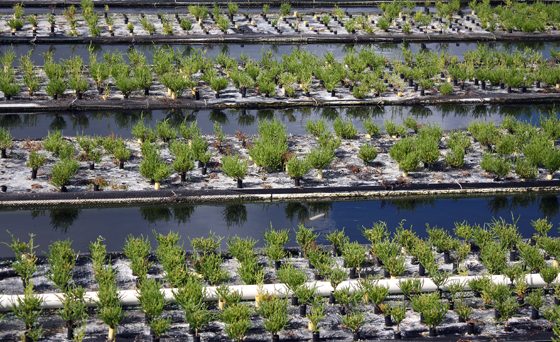 The sea asparagus are grown without any pesticides; they are unnecessary, Sun says, as bugs and diseases don’t take well to salt water to begin with.

He believes other produce can be grown in this manner, including strawberries and tomatoes.

When you see what he’s achieved on his farm so far, you can’t help but believe it, too. 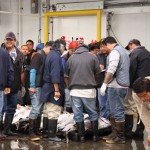 Hawaii Part 1: A Visit to the Honolulu Fish Auction 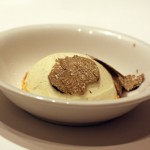 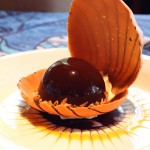 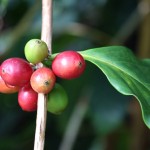