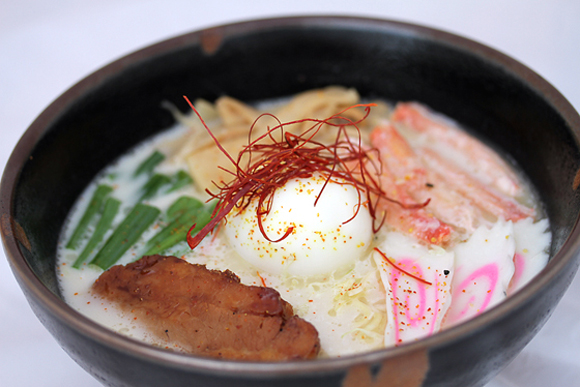 The Sake Lounge at Ozumo restaurant in San Francisco is transformed into a ramen-ya at weekday lunch time, 11:30 p.m. to 2 p.m.

Choose from such favorite bowlfuls as the “Ozumo” ($13) with braised pork jowl, poached egg and snow crab in shoyu stock; and “Spicy Miso” ($12) with shredded chicken, poached egg and cabbage in a rich, spicy miso broth.

All ramen broths are house-made. And all orders come with a side of edamame.

Fresh Donuts For Your Stay in Napa 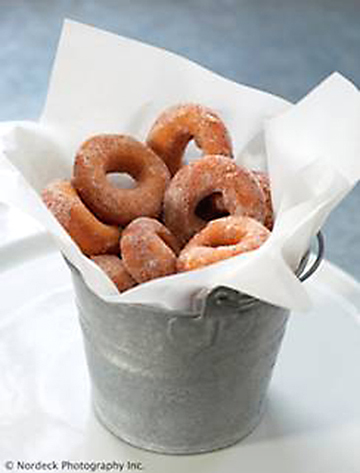 As if you needed another reason to visit Wine Country, the Carneros Inn in Napa dangles fresh, warm donuts in front of you.

Guests staying at the inn now can get either a quartet ($6.75) or a dozen fresh cinnamon-sugar donuts ($9.75) delivered to their room in an old-fashioned steel pail.

The donuts, made by the on-site restaurant, the Boon Fly Cafe, are the perfect way to start the morning, along with fresh-brewed coffee and the daily newspaper.

At this rate, you might never want to leave the room.

The festival showcases films and new media that explore green issues and sustainable living. Forty films from around the globe will be screened. Many of the screenings will be followed by panel discussions with the directors and sustainability experts.

This year, the festival also includes five films that revolve around food and food policies:

* “Alma,” a French film that captures the ecological and spiritual cost of meat, dairy and leather production in the Amazon.

* “Sushi — the Global Catch,” a U.S production in English and Japanese with English subtitles, which explores how sushi has grown into a global culinary phenomenon.

*”Taste the Waste,” a German documentary on food waste, and how about half of all food produced globally ends up being thrown away.

*”Urban Roots,” a U.S. film about how people in Detroit are taking empty lots and boarded up buildings, and growing food as urban farmers. 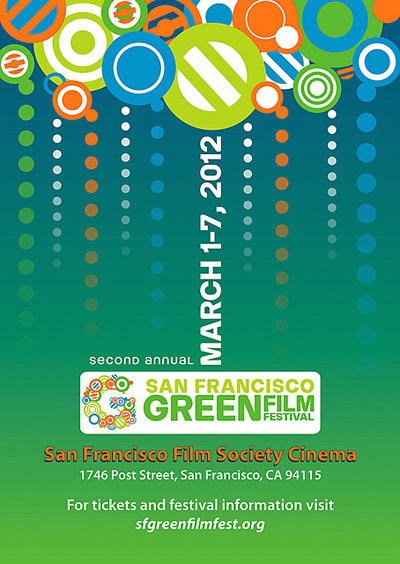