For the longest time, I’ve had serious ramp envy.

You see, when spring hits, chefs and foodies throughout New York go bonkers for ramps, otherwise known as wild leeks. They feature them in all manner of imaginative dishes and preparations. In West Virginia, Tennessee, and North Carolina, there are even annual festivals devoted to the pungent allium that has broad green leaves sprouting from a fuchsia -tinged stalk and a white, scallion-like bulb.

But in the Bay Area, they’re a scarce commodity.

And so, for the longest time, I just sighed at this time of year, knowing a prominent part of the country was indulging lustfully in an ingredient I just couldn’t get my hands on.

Until last week, when I ventured into Berkeley Bowl and nearly jumped three feet in the air when I spied ramps in the produce section. I took a whiff and was met head-on with a most assertive garlic aroma. I was hooked.

Armed with a bounty I’d never seen before, let alone used, I was momentarily perplexed at what to do with the ramps now that I clutched them preciously in my hands.

I sent out a mayday on Twitter and Facebook, which thankfully resulted in a number of suggestions from chefs around the country to pickle the ramps, grill them, saute them with chorizo or make pesto.

I decided to combine two of those ideas into one to make “Ramp Pesto Pasta with Grilled Ramps.” After trimming off the roots, the rest of the ramp is entirely edible.  The leaves went whizzing away in a food processor with pine nuts, grated Parmesan and olive oil to make the pesto, as I put a pot of water on to boil for the pasta.

Meantime, I tossed the bulbs with olive oil, salt and pepper, then placed them on a hot grill pan on top of the stove to sizzle until tender and caramelized. When they were cool enough to handle, I chopped them up and set them aside.

The steaming hot pasta was combined with the gloriously green pesto before the grilled bulbs were gently stirred in with a little more grated cheese.

The result was a dish that looked and tasted of the new beginnings of spring. With a muscular green onion-garlic taste, the ramps made for a pesto that was unlike your more meek and mild basil one. This was a pasta dish that announced itself from the first bite, flooring you with flavor.

Finally, I understood the fuss about ramps. Their season may be fleeting, but they cast an undeniable spell that lasts.

About 10-12 ounces of fresh ramps, cleaned and roots trimmed off

1 pound of dried gemelli or other dried pasta

Bring a large pot of salted water to a boil on high heat on the stovetop for cooking the pasta.

Cut leaves off the ramps, reserving stalks with their bulbs. Place leaves in a food processor or blender. Add pine nuts, salt, pepper and 1/4 cup Parmesan cheese.  Process until a coarse paste forms. With the machine running, slowly drizzle in the olive oil until a smooth, creamy emulsion forms.

Heat a grill pan on the stovetop over medium-high heat. In a bowl, toss ramp stalks with a little olive oil, salt and pepper. Place them on the grill pan. Cook for about 5 minutes, until tender and golden on the edges, turning frequently so they don’t burn. Transfer the ramps to a cutting board to cool. Once they have cooled enough to handle, chop them into bite-size pieces.

Serve with more grated Parmesan cheese at the table. 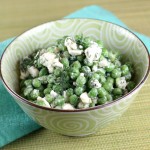 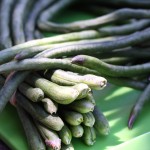 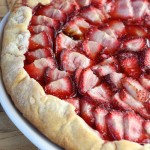 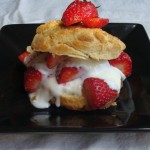 And: Strawberry Shortcakes with Greek Yogurt