Cantaloupe in Cake? You Bet! I’ve enjoyed berries, peaches, plums and all manner of other fruit in baked treats.

Don’t get me wrong. I love that beautiful netted fruit with its sunny orange flesh. But cantaloupe in a cake seemed as farfetched to me as watermelon or honeydew in one.

That is until I spied a recipe for “Cantaloupe Cake (Torta di Melone)” in “Dolci: Italy’s Sweets” (Stewart, Tabori & Chang), of which I received a review copy. The book is by Francine Segan, a food historian and New York City cookbook author. The cookbook boasts more than 125 recipes for Italian specialties such as sweet ricotta crepes, rosemary semifreddo, angel hair pasta pie, and even an unlikely chocolate eggplant dish. I couldn’t let a chance to bake with cantaloupe pass by, so I gave it a whirl.

Besides its star ingredient, there are two other unusual points about this recipe, which has its origins in Piedmont, Italy. First, you bake the cake at 360 degrees. Yup, not 350 or 375, but 360. Second, the batter is as dry as the Mojave Desert — until you fold in the last ingredient, the cantaloupe chunks. In fact, as the other ingredients were whirling away in my mixer bowl, I had my doubts this cake would even come together, given what the batter looked like.

But keep the faith like I did, and you will be rewarded. 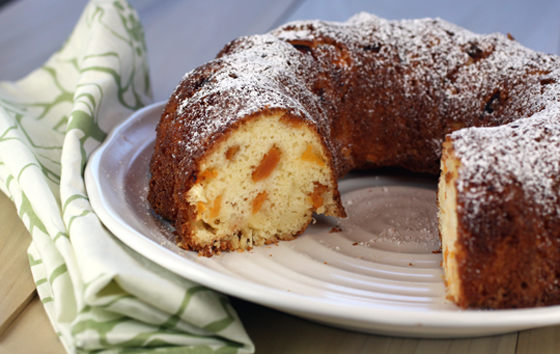 The cantaloupe chunks are macerated in Asti Spumante for half an hour before the fruit and only 2 tablespoons of the fizzy wine are added to the batter. You can discard the remaining Asti Spumante left in the bowl — or use it to make sangria, as it’s pretty tasty, even if it’s gone flat.

The cake bakes up really moist with a rustic crumb. The soaked melon imparts a sweet, floral, slightly musky quality to the cake, giving it a very Italian sensibility. 3 cups diced cantaloupe (Note: Be sure to wash the outside of the melon with soap and water before cutting into it)

Butter for the pan

Combine the melon chunks and wine in a bowl, and let rest for at least 30 minutes to infuse the melon with the wine’s flavor.

In a large bowl, using an electric mixer or whisk, beat together the egg yolks and sugar until creamy and light yellow. Gradually, adding a little at a time, beat in the flour and baking powder until combined. Set the batter aside. It will look quite dry and powdery.

In a medium bowl, with clean and dry beaters, beat the egg whites until stiff peaks form. Fold the whites into the batter until combined. Using a slotted spoon, add cantaloupe and about 2 tablespoons of the liquid to the batter and stir until just combined. Spread the batter evenly in the prepared pan and bake for about 50 minutes, until golden and a toothpick inserted into the center comes out clean. Serve at room temperature. 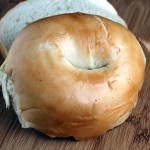 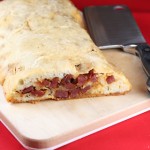 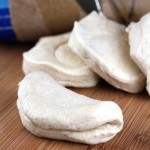 And: Chinese Steamed Buns Made From Refrigerator Biscuit Dough