Former Chef of Ad Hoc Planning His Own Restaurant 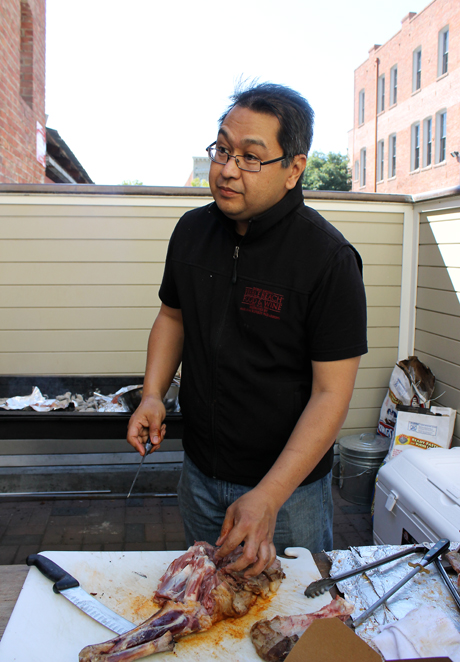 After leaving Thomas Keller’s Ad Hoc in Yountville, where he was head chef for seven years, Dave Cruz has some big plans of his own.

Look for Cruz to open his own restaurant late this year or sometime next year. He’s been scouting locations in Napa to open Miles Restaurant, a casual spot serving brilliant but unpretentious food, the kind of grub chefs like to eat on their days off.

The name references his son’s middle name, he says. But it also speaks of the local “miles” from the restaurant that he will source his ingredients, as well as how diners are more than willing to travel miles and miles to the Napa Valley for a great meal.

If his recent pop-up lamb roast is any indication, his food is sure to continue to lure folks from all over. 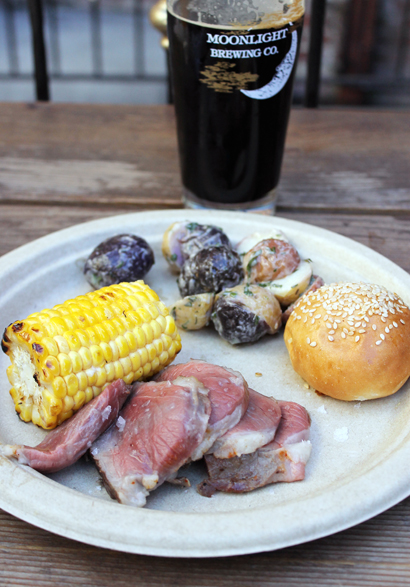 A little over a week ago, I was invited to be a guest at his pop-up at The Trappist in Oakland. When I got there, Cruz was manning a large grill set up in the gastropub’s back courtyard. For $25 per person, you got a plate full of juicy, tender lamb that had been rubbed in aleppo, paprika and espelette, along with herb-mustard potato salad, and chili-lime corn on the cob.

Plenty of varieties of beer also were available. In fact, I tried my first sour beer. Made naturally with bacteria during the fermentation process, sour beers are incredibly refreshing with an almost New Zealand Sauvignon Blanc-like bracing tartness.

Look for Cruz to pop up at other venues in the Bay Area in the near future with more spontaneous cooking events before he gets down to business with opening Miles.

And yes, a certain Yountville three-star Michelin chef is an investor.