My First Close Encounter with A Certain Vegetable When I was a senior in high school, my friends and I saved up our money to dine at Chez Panisse in Berkeley for the very first time.

We four thought ourselves so grown up and so in the know.

Of course, that feeling of confidence dissipated immediately when the first course arrived.

A platter was set before us, containing mystifying long, tubular things that looked for all the world like overgrown green onions. They had been simply grilled with good olive oil, and finished with salt and pepper. We glanced at one another, perplexed, wondering what they were and just how we were supposed to eat them.

Yes, that was my first encounter with leeks.

And I admit that I didn’t necessarily appreciate them then.

But fast forward to the present, when I have come to adore this member of the onion family that has a much milder taste, and can become downright sweet and voluptuous when slowly cooked with luscious butter. That is why my eye went immediately to this recipe when I recently received a review copy of the new cookbook, “Cafe Cooking At Home” (Chronicle Books). It was written by Pascal Rigo and the chefs and bakers at La Boulange, a San Francisco bakery that opened in 1999 and has grown to include 20 locations around the Bay Area. It also now partners with Starbucks to provide baked goods for its coffee stores.

The cookbook includes more than 100 recipes for some of La Boulange’s best-loved salads, soups, tartines and pastries.

“Leeks in Vinaigrette” is a simple French classic — a cold salad of leeks tossed with an assertive vinaigrette. What I particularly like about this version is the addition of sun-dried tomatoes. They add a rounded sweetness that makes the salad even more appealing.

Whether this is your first time with leeks or not — you’ll surely prize them in this dish. 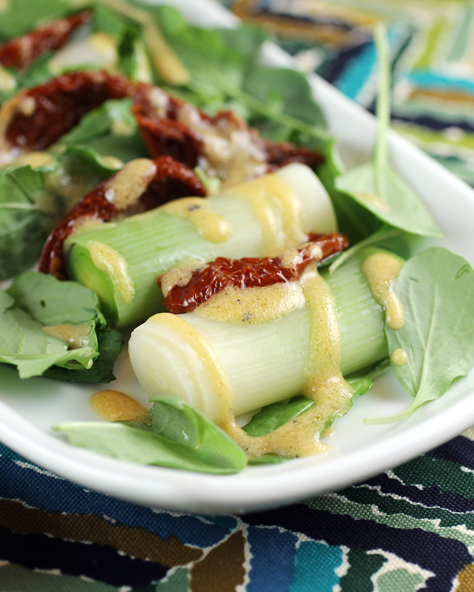 Remove outer layers of the leeks and cut off the ends. Cut leeks in half lengthwise and rinse well.

Fill a medium-sized pot with salted water. On medium-high heat, bring to a boil. Add leeks, cooking at a simmer for about 5 minutes (depending upon the size of your leeks) until tender.

Remove leeks from the pot and plunge into an ice bath to stop the cooking. Drain on paper towels.

In a small bowl, prepare the vinaigrette by combining mustard, vinegar, salt and pepper, and whisking until the mustard is dissolved. Add the olive oil, dribbling in a little at a time as you continue to whisk.

Arrange the leeks on a serving plate. Top with arugula and sun-dried tomatoes. Drizzle generously with the vinaigrette and serve.

Adapted from “Cafe Cooking at Home” by Pascal Rigo 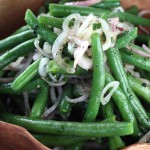 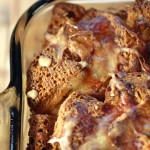 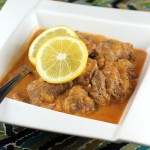 And Another: Northern Greek Braised Pork and Leeks