California’s Only Grower of Real Wasabi 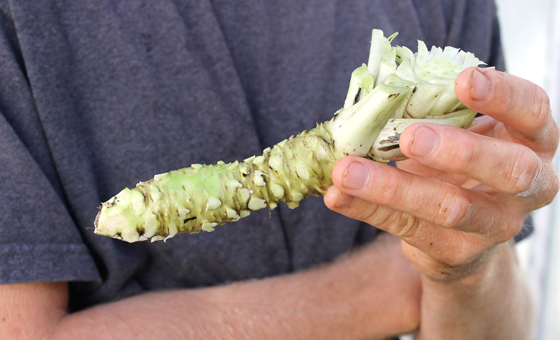 If you think that pasty blob of green garnishing your sushi platter is wasabi, think again.

The real-deal rhizome is as rare as it is pricey.

That’s why what you generally find on most sushi plates is actually a cheap concoction of horseradish, mustard and green dye, not the actual Japanese rhizome that’s extremely difficult to grow.

Nowadays, though, if you know where to look, you might find more of the real wasabi around. That’s because there’s now one grower in California cultivating it: Half Moon Bay Wasabi.

Its first crop was harvested just this past summer. Some of it now can be found in dishes at some of the top restaurants in the Bay Area and beyond, as well as purchased online. 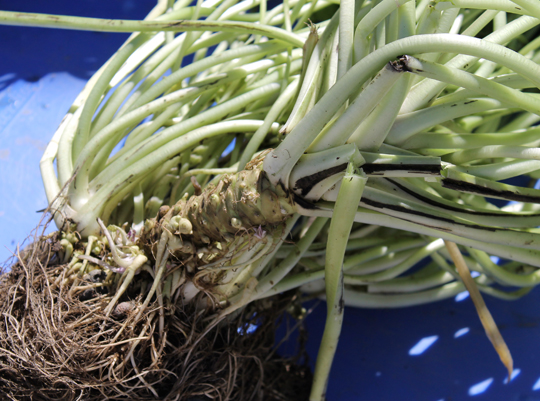 The root, the stalks and the leaves are all edible — and pack a snappy, sweet heat. 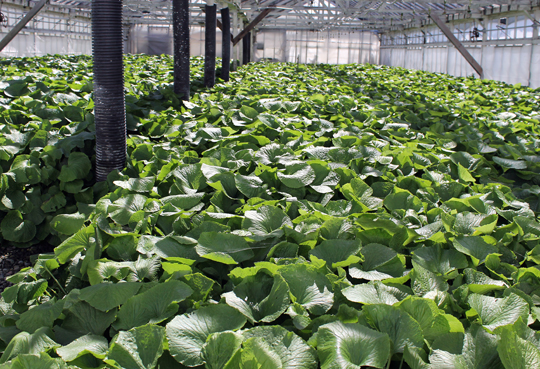 A peek inside one of the wasabi-filled greenhouses.

Learn how two electricians, Jeff Roller of Oakland and Tim Hall of San Francisco, started farming this unusual ingredient against all odds in three once-abandoned greenhouses on the coast. It’s all in my story in Edible Silicon Valley.