Luscious Leg of Lamb and a Food Gal Giveaway Rosy slices of lamb topped with a vibrant salsa verde.

Let’s face it — bones can be a bit of a pain to deal with.

Or de-boning a whole fish in front of guests without mangling it.

But bones serve a purpose in cooking. They add more flavor to the flesh as it cooks. They also conduct heat, allowing the meat to cook more evenly with less shrinkage.

So when Superior Farms, one of the largest distributors of lamb in the country, offered to let me try any cut on the house, I went for one with a bone. A big bone.

I chose a bone-in leg of American lamb because it’s not a cut you find all that easily in markets these days. Sure, you can get a boneless leg of lamb with little effort, but one that still has a bone in it often requires a real search. That’s because it’s a lot heftier to handle. It’s also more challenging to carve. But what a dramatic presentation it makes for at the table.

Superior Farms, which has been working with lamb ranchers since the 1960s, sells its lamb nationwide, including Albertsons, Draeger’s, Andronico’s, Lunardi’s, Save Mart, and Mollie Stone’s.

With a fine cut of meat, I like to keep the preparation simple to let its natural flavor shine through.

That’s why “Roasted Leg of Lamb with Mint Salsa Verde” was a perfect choice for this bone-in leg. 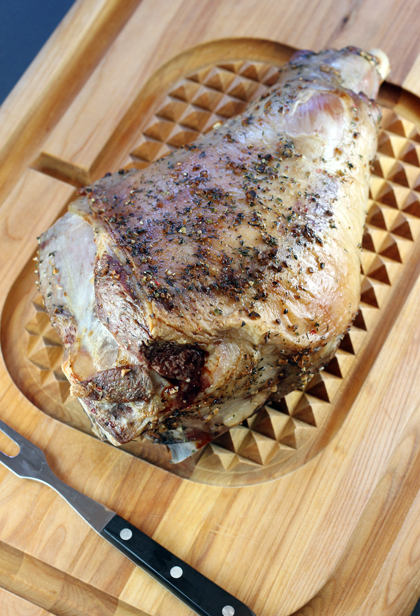 A delicious centerpiece — a bone-in leg of lamb.

The recipe is from the cookbook, “The Way We Ate: 100 Chefs Celebrate a Century at the American Table”(Touchstone), of which I received a review copy. The book is by food photographers and Tumblr bloggers, Noah Fecks and Paul Wagtouicz. Together, they explore the culinary touchstones of the last American century, spotlighting recipes by culinary luminaries Jacques Pepin, Daniel Boulud, Marcus Samuelsson, Ruth Reichl and many more that capture the spirit of a certain year.

For instance, for 1909, a year the authors note brought the first photos of the remote North Pole and an overall arching sense of exploration, they present a recipe for “Baked Alaska” by Chef Travis Post of New York’s Yunnan Kitchen. For 1999, which saw the debut recordings of Britney Spears, Christina Aguilera and Jessica Simpson, there is a recipe for “Life After Love” Cocktail by New York City bartender Greg Seider.

The lamb recipe highlights 1956 when “My Fair Lady” took the country by storm on Broadway and folks found  themselves fascinated by all things British. New York Times writer Melissa Clark was tasked to come up with an elegant British dish that would appeal to Americans, too. She succeeds marvelously with this dish — the epitome of a Sunday roast but with a Mediterranean sensibility.

The leg of lamb is rubbed with garlic, thyme, salt, pepper and olive oil before it’s tucked into the oven. As it cooks, stir up a simple sauce of fresh mint, parsley, garlic, capers, salt, pepper and more good olive oil. It’s the refreshing flavor of mint without the cloying sweetness found in the typical mint jelly. The chunky fresh sauce also lends a lovely brightness to cut through the richness of the lamb.

Let the lamb rest for about 15 minutes, then grab a sharp knife to trim rosy, juicy slices off the bone.

It takes a little more effort.

But it’s so worth it.

CONTEST: One lucky Food Gal reader will win a free bone-in leg of lamb from Superior Farms to make this recipe or any other favorite one. Entries, limited to those in the continental United States, will be accepted through midnight PST May 31. Winner will be announced June 2.

You’ve already read my take about how bone-in meat can seem like a hassle, but rewards you in the end. Just tell me something else — food-related or not — that seems initially like such a bother but is worth it in the end.

Most memorable answer wins the prize. 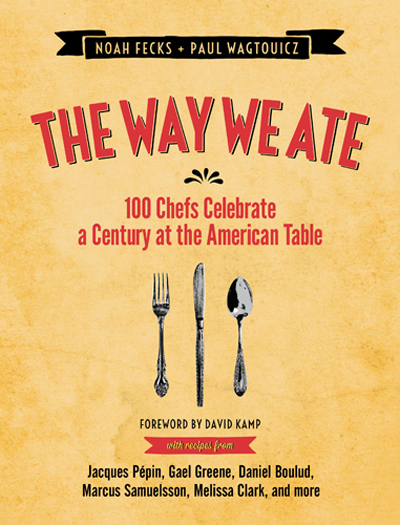 Rub the lamb with two-thirds of the garlic, the thyme, and 1/4 cup olive oil. Season the meat with 1 tablespoon salt and 2 teaspoons pepper. Cover with plastic wrap and refrigerate for at least 2 hours or overnight. Remove the meat from the refrigerator for at least 30 minutes before cooking. Preheat the oven to 400 degrees. Place the lamb in a large roasting pan. Roast 30 minutes, reduce the heat to 350 degrees and roast until medium-rare (140 to 145 degrees on an instant-read thermometer), 60 to 90 minutes more. Remove lamb from the pan and rest for 10 to 15 minutes before carving.

While the lamb cooks, in a small bowl combine the parsley, mint, capers, and the remaining garlic, salt and pepper. Stir in the remaining 1/2 cup oil.

To serve, transfer the sliced lamb to a large serving platter. Spoon the salsa verde over the meat; serve with lemon wedges. 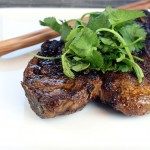 And: Lamb Steaks with Soy, Vinegar, and Garlic And: Lamb with Olives