Big rings of pasta in a creamy, pancetta-fied sauce.

Sometimes I think that surely I must be part Italian.

Because I could eat pasta every week. And I do cook some form of it probably close to that often.

It was on a quest to satisfy my carb craving that I started leafing through “Franny’s: Simple Seasonal Italian” (Artisan), of which I received a review copy recently. The cookbook is by Andrew Fineberg and Francine Stephens, owners of Franny’s restaurant in Booklyn, and New York Times food writer Melissa Clark. There are recipes for more than 200 Southern Italian dishes, including pastas that require only a few ingredients, making them a breeze to prepare on a weeknight.

“Mezze Maniche with Guanciale, Chiles and Ricotta” is based on a traditional Roman dish. Big rings of pasta are tossed with creamy ricotta, a pinch of chili flakes, a shower of Pecorino Romano, and a load of guanciale, pancetta or bacon. And by load, I mean 12 whole ounces or about 2 generous cups of the porky stuff.

That’s a heck of a lot of pancetta (Italian bacon), which I used since it’s easier to find than guanciale (cured pork jowel). In fact, I found the pasta too salty. That’s why you’ll see in the recipe below, I state to use 6 to 9 ounces of pancetta instead. I think you could easily cut the original amount in half and still have plenty of cured pork flavor, while lessening the salt overload. 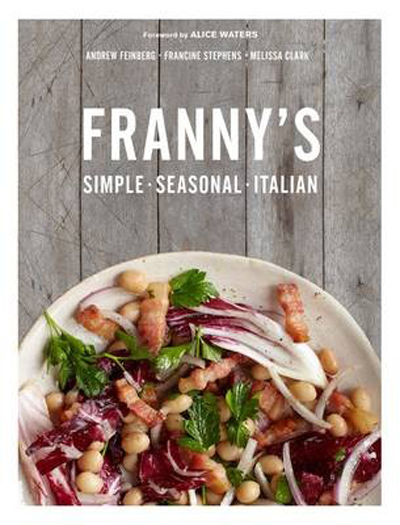 My husband also had another suggestion: Top the pasta with a fried or poached egg. It may not be conventional. But the oozy yolk would compliment the creaminess of the pasta, render it more unctuous and balance the saltiness even more.

Because when you’re jonesing for pasta, you do what it takes to satisfy. 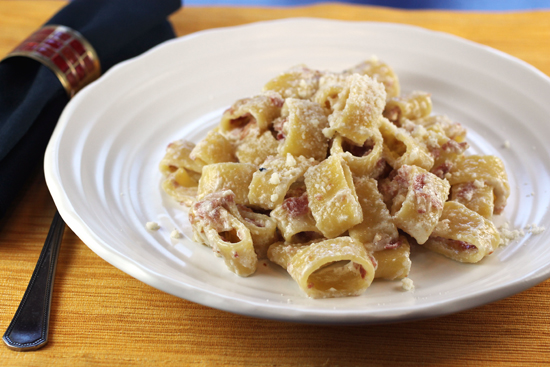 Easy enough to make on a weeknight.

6 to 9 ounces guanciale, pancetta or bacon, diced (amount depending upon how salty you like it)

Heat a very large skillet (or a Dutch oven) over medium-high heat. Add guanciale and cook, stirring, until it is golden and much of the fat has been rendered, about 5 minutes. Pour off all but 3 tablespoons of the fat. Add chili flakes and cook over medium heat for 30 seconds. Add 2 tablespoons water to the pan. Remove from the heat.

In a large pot of well-salted boiling water, cook the pasta according to the package instructions until 2 minutes shy of al dente. Reserve about 1/2 cup of the cooking water, then drain the pasta.

Toss mezze maniche into the skillet with the guanciale, butter, and 1 tablespoon of the Pecorino Romano. Cook, stirring occasionally, for 30 seconds. Add ricotta and cook until the pasta is al dente and a loose, creamy sauce has formed, 1 to 2 minutes. Add some of the pasta cooking water if necessary.

Divide the pasta among four individual serving plates or bowls and finish each with 1 teaspoon or more of Pecorino and a drizzle of olive oil. 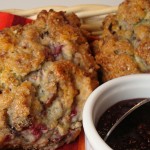 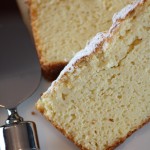 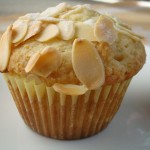 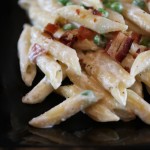 And: Penne with Ricotta, Parmesan, and Peas