Modernist Cuisine Comes to The Tech, Plus New Eats in the South Bay

The author of the seminal “Modernist Cuisine” books, is bringing 75 eye-popping, large-format photographs of food to The Tech Museum of Innovation in San Jose.

The exhibit opens June 25 and runs through Sept. 1. It’s the second stop on a three-year worldwide tour for this exhibit.

The Modernist Cuisine team is famous for its “how did they do that” images of food preparation, in which pots, grills, blenders and even stoves have been cut in half to shed light on their inner workings on the food we cook and enjoy.

As Myhrvold likes to point out, “Cooking is the only science experiment we all do on a regular basis.” Visitors will glimpse that, as well as the fractal structures of Vitamin C crystals through research microscopes and an exploding kernel of popcorn as seen through a high-speed video camera that slows the action by a factor of 200.

Admission to “The Photography of Modernist Cuisine” is free.

The Farmers Union Gets A New (Old) Look

A century-old building in San Jose’s San Pedro Square, originally built as a meeting place for farmers, has gotten a refreshed look that pays homage to its roots.

The Farmers Union has been redone as a gastropub, thanks to restaurant designer Doug Washington, who is branching out beyond his restaurateur partnership with Chefs Mitchell and Steven Rosenthal in their Town Hall and Salt House establishments in San Francisco. 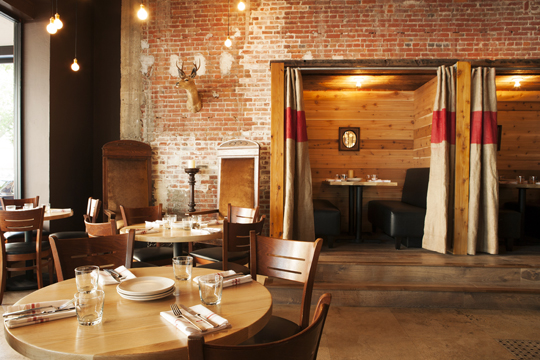 The dining room at the Farmers Union. (Photo by Stacy Ventura) King Salmon at the Farmers Union. (Photo by Stacy Ventura)

Executive Chef Alex Jimenez has transformed the kitchen, too, to focus on elevated pub fare to compliment the more than 40 craft beers on tap. Look for baby back ribs house-smoked in bourbon and cola, and served with potato salad ($19); King salmon with summer corn succotash ($22); and fish & chips with vinegar fries ($16).

Tuyen Chung, chef-owner of Fu Kee Restaurant in San Jose, as well as the Ginger Cafe in Sunnyvale and Gilroy, has opened a new venture: Rice + Noodles in the Safeway Shopping Center in Campbell. 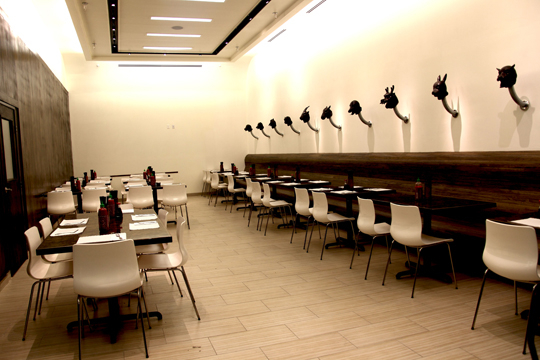 The dining room at Rice + Noodles. (Photo courtesy of the restaurant)