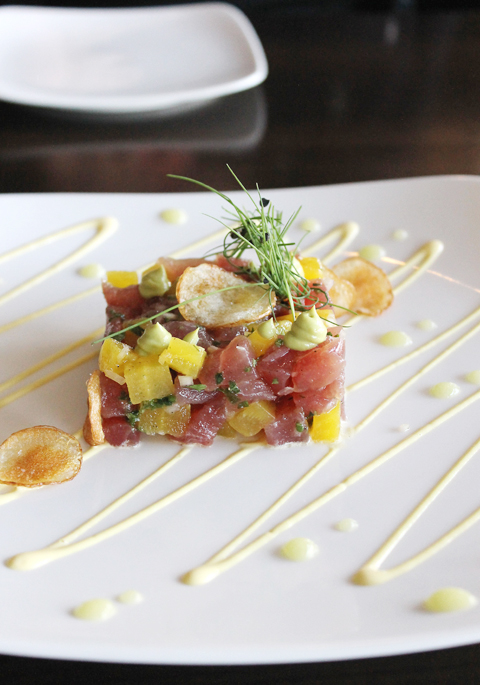 Together, they’ve created an elegant yet laid-back space, where diners can order a la carte or choose a five-course $70 tasting menu based on either “land” (red meat), “air” (poultry), “water” (seafood) or “earth” (vegetarian) with wine pairings an additional $30. 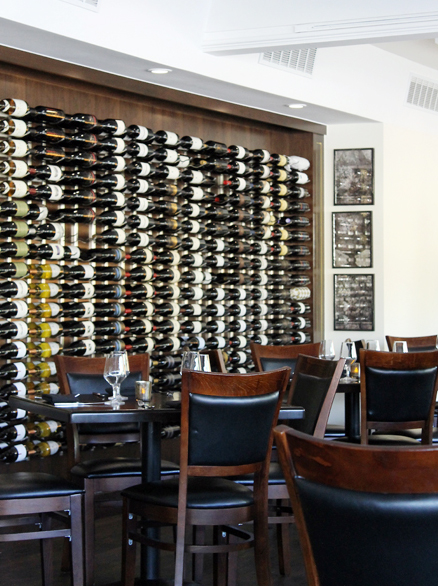 A wall of wine bottles.

Recently, I treated my friend Donna to dinner at Hult’s for her birthday, paying our tab at the end of the night.

Esparza is ambitious in his offerings, as evident from the beautiful presentations. He also likes his jalapenos, which make an appearance on many dishes, but thankfully with a restrained hand.

Dinner started off with an amuse, a Chinese soup spoon filled with beef tartare enlivened with shallots, sweet summer corn kernels and a hit of jalapeno. 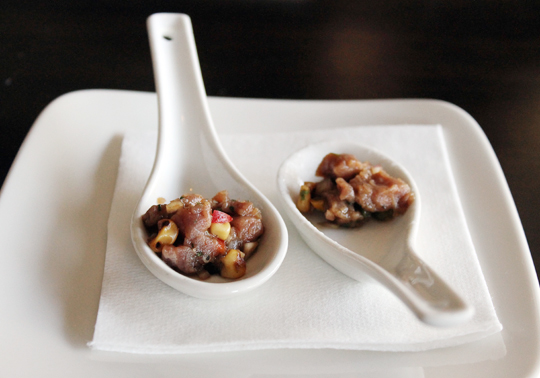 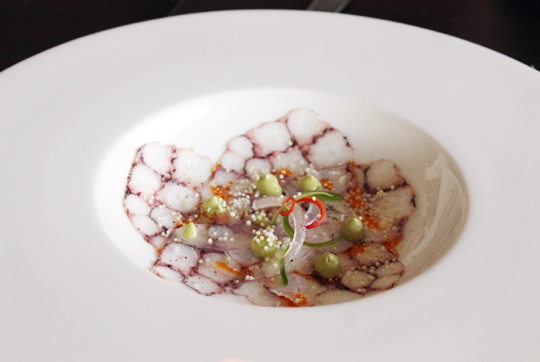 An elegant presentation of octopus.

The aforementioned octopus carpaccio ($12) was arrayed like paper-thin mosaic tiles in the center of a large bowl. The octopus was incredibly tender, dotted with crunchy rice pearls, avocado puree, onion and jalapeno.

Diver scallops ($28) arrived lined up like soldiers on a long plate, resting under creamy parsnip puree. Plump and seared nicely, the scallops were garnished with a fresh cucumber relish, chili buerre blanc and roasted baby artichokes. 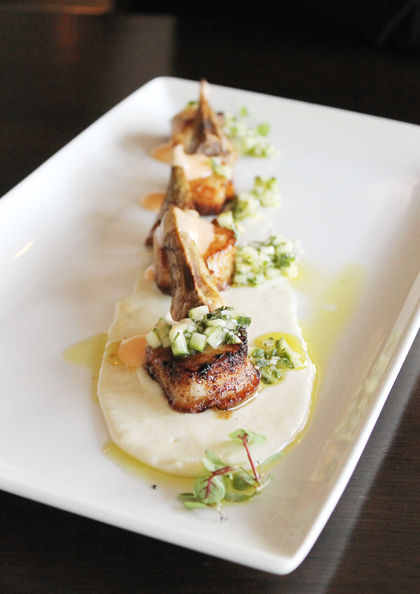 An artful array of scallops. 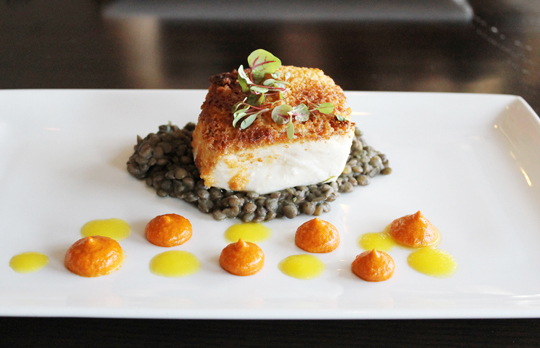 I couldn’t wait to try the uni-crusted escolar ($34). I’d had astounding uni-crusted halibut years ago at Aziza in San Francisco and wondered if Hult’s version could compare. Escolar is often referred to mockingly as the “ex-lax fish” because the bottom-feeder is full of wax ester, an oil that is not easily digested and can cause gastrointestinal distress in some people. Having eaten it before without any issues, I wasn’t too worried this time around. At Aziza, the uni-crusting added sweetness, saltiness and umami, reminicent very much of Parmesan cheese. At Hult’s, the uni crust on the escolar had the same wonderful effect on the fluffy white fleshed-fish. Alternating dabs of romesco and yellow pepper coulis added a fun jolt of color, as well as nice accompaniments to dip the fish into. 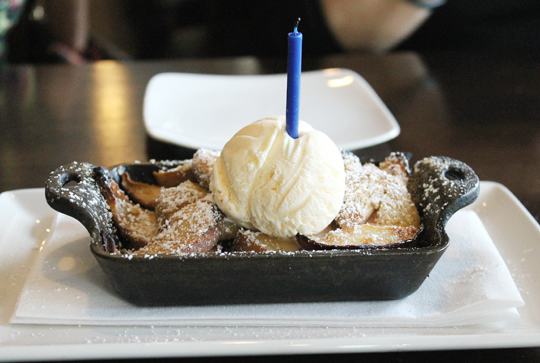 Dessert with a birthday candle.

For dessert, the white peach and cherry cobbler ($9) was comfort personified. Baked in a rectangular cast-iron pan, it was abundant with fruit topped with brown sugar crumble and a large ball of vanilla bean gelato.

Los Gatos has long been a dining destination worth visiting. Hult’s is a strong addition to that line-up. 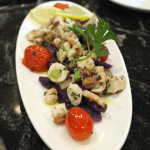 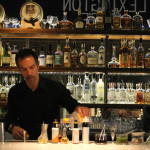 And: The Lexington House 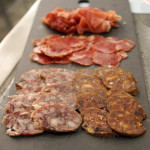