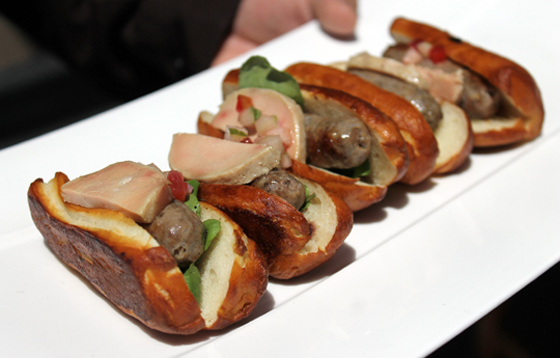 It was a veritable swoon fest when 50 hand-picked guests came together to salivate over course after course of foie gras.

Yes, in California — the only state in the nation that bans that specialty product made from the fattened liver of a goose or duck.

That was the scene on July 5 at La Toque restaurant in Napa, which famously held a “State of American Foie Gras” lunch to publicize the fact that it’s been two years now since it became illegal to produce or sell foie gras in the state. Which is why La Toque gave it away — charging guests nothing for the lunch. Instead, the restaurant held a contest, asking people to write in about why “California’s foie gras ban is foolish.” Twenty-five winners were chosen, each of whom were allowed to bring a guest. 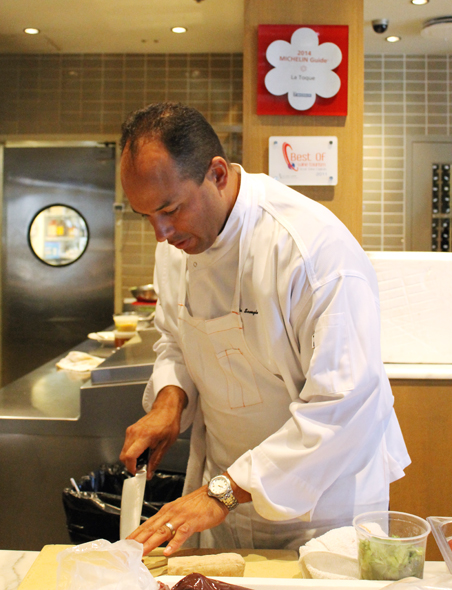 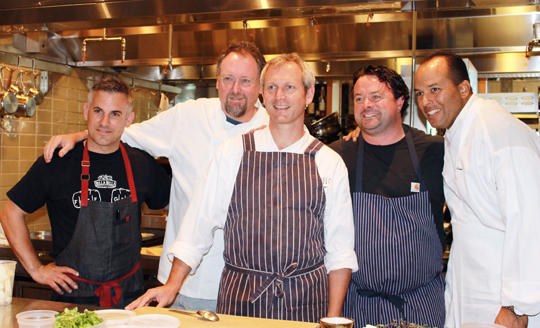 Nearly  200 people entered. Kelvin Kwan, 40, of San Mateo was only too happy to attend after his wife, Diane Wong, 40, won the seats. “Whenever we travel out of state – whether it’s for work or pleasure – I guarantee that at least one meal will have foie gras,’’ says Kwan, a high-tech entrepreneur. “Now that we can’t get it in California, we always look for it on menus elsewhere.’’ The foie gras was donated for the event. Six chefs, all ardent foie gras supporters, prepared the meal. They were: Victor Scargle of Lucy Restaurant & Bar in Yountville, Doug Keane of the Healdsburg Bar & Grill, David Bazirgan of Dirty Habit in San Francisco, Mark Dommen of One Market in San Francisco, Ken Frank of La Tqoue, and Patrick Mulvaney of Mulvaney’s B&L in Sacramento. 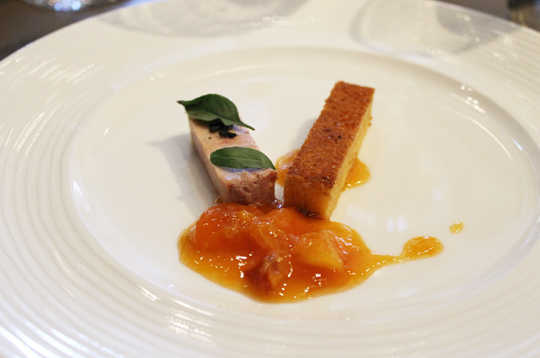 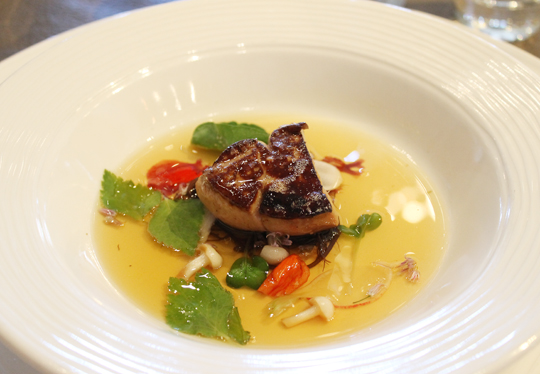 Yours truly was a guest at this first all-foie gras restaurant event held since the ban took effect. My story on it, which includes an update on how proponents are working to overturn the law, appears in this month’s issue of Food Arts magazine. 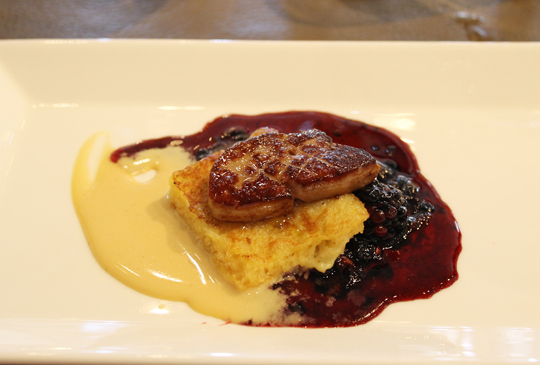 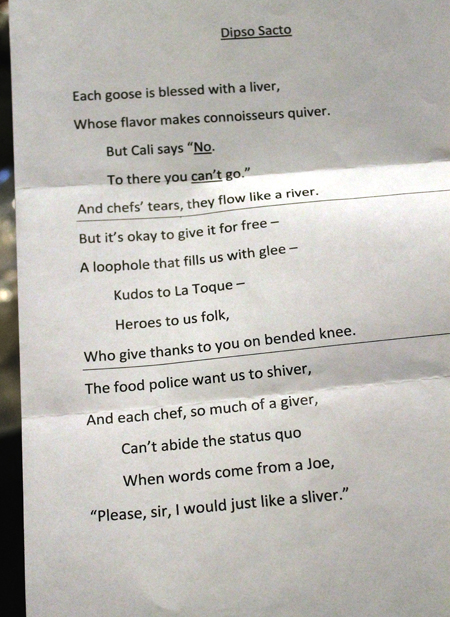 One of the entries Chef Ken Frank received in the contest to win a seat at the lunch.