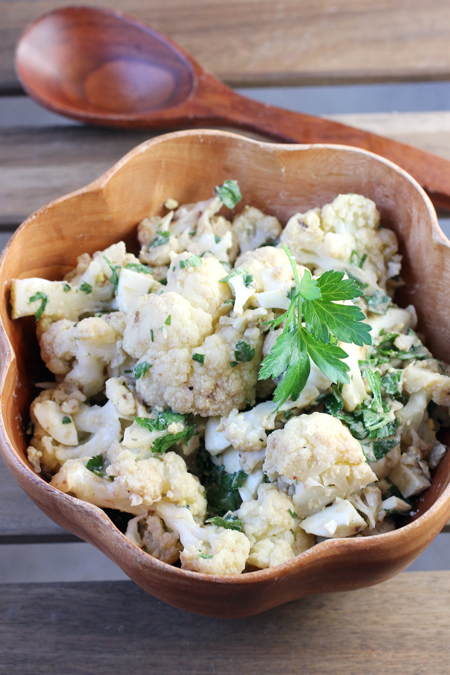 The type that can be a meal in and of itself.

Or a side dish.

And can keep well for days in the fridge so you can enjoy it for lunch, dinner or a midnight snack, again and again.

“Cauliflower Salad with Eggs and Anchovies” is from the new cookbook, “French Roots: Two Cooks, Two Countries & The Beautiful Food Along the Way” (Ten Speed Press), of which I received a review copy. The book is by Jean-Pierre Moulle and his wife, Denise Lurton Moulle. He was the executive chef of Chez Panisse for more than three decades. She founded Domaine de Bordeaux, a company that distributes Bordeaux wines in the United States and Canada.

The very personal cookbook takes you from their first meeting on a street corner in Berkeley in 1980 to their being married six months later. The book is not full of fancy chef-y recipes. Instead, these are dishes that they cook at home, full of old-world French flavors and sensibilities. 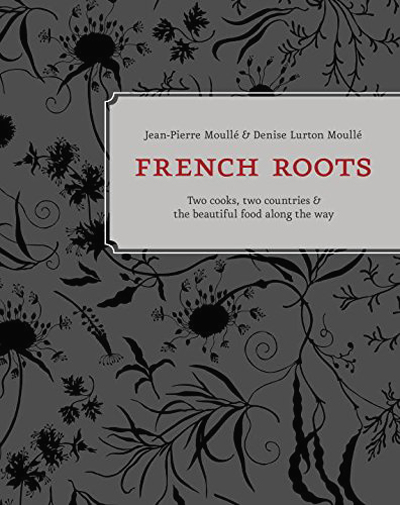 Of course as an alumni of Chez Panisse, Jean-Pierre knows his way around vegetables. But this recipe actually comes from his wife. Growing up in Bordeaux with its long winters, her family relied on sturdy vegetables to take them through the harsh season. This salad was a staple her mother served often.

It’s easy to see why. It’s a simple dish full of lusty flavors from anchovies, balsamic vinegar, chives and parsley. It gets a big dose of richness and creaminess from an ample amount of hard-boiled eggs, which are chopped up and mixed in with the cauliflower florets.

The only adaption I made was to cut the cooking time for the cauliflower from 10 to 12 minutes to 8 to 10. Of course, cooking time will depend greatly on how large your florets are. But don’t overcook them. You don’t want them mushy, but tender and intact to stand up to the weight of the other ingredients.

Anchovies are listed as optional in this recipe. To me, they are a necessity. They add a complex brininess that salt alone won’t give. So, don’t shy away from using them.

Get ready to enjoy a salad that you won’t be able to stop eating. Don’t leave out the anchovies. Nope, don’t even think about it.

Cauliflower Salad with Eggs and Anchovies

6 eggs, hard-boiled for 12 minutes and peeled

Steam the cauliflower for 8 to 10 minutes, until just softened. In the salad bowl, whisk together the olive oil, vinegar, anchovies, salt, and pepper. Add cauliflower, and toss.

Chop the eggs and add them to the salad. Sprinkle with chopped chives, parsley, and a pinch of fleur de sel.