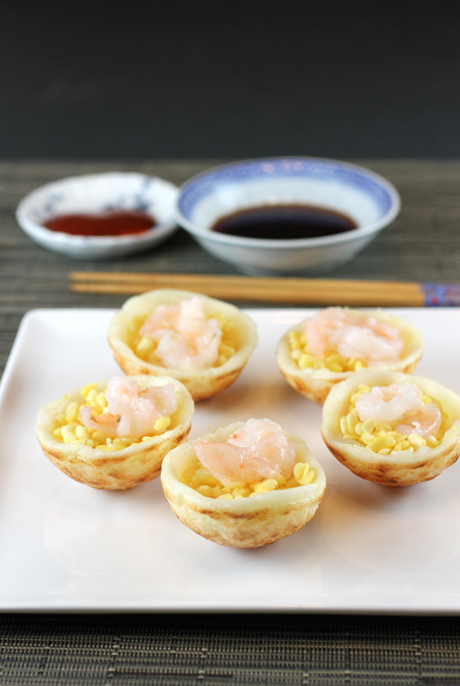 Crispy rice cakes filled with mung beans and shrimp from the Slanted Door.

Whether you call it the Year of the Ram, Goat or Sheep, it’s high time to celebrate the Lunar New Year, which begins on Thursday.

“Crispy Rice Cakes” are not something I necessarily grew up eating on this special holiday, which is celebrated by those of Chinese, Vietnamese and Korean descent. But the itty-bitty cakes looked so precious when I spotted them in “The Slanted Door” cookbook that I couldn’t help but envision how wonderful they would be alongside cups of steaming tea or sake for this festive occasion.

The Ten Speed Press book, of which I received a review copy, is by Charles Phan, owner of the pioneering Slanted Door restaurant in San Francisco. It takes readers on a journey from the early days of the restaurant to its multiple moves around the city to finally its smash-hit location on the Embarcadero. Regular diners will recognize recipes for their favorite Shaking Beef, Dungeness Crab with Cellophane Noodles, and Grapefruit and Jicama Salad, along with a surprising number of cocktails. Those who have never eaten there will long to do so. These two-bite morsels can be picked up with your fingers or chopsticks, then dipped into soy sauce, chili oil or Sriracha.

You will need a Danish ebelskiver pan to make them. But the rice cakes are actually easier to make than those Danish doughnut hole-like pancakes. 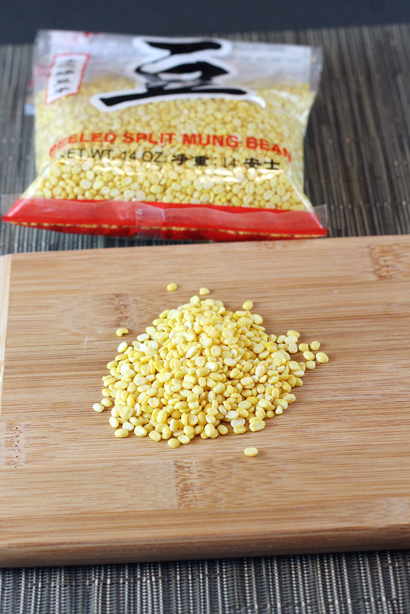 Mung beans from the Asian market.

The recipes says it makes 20 to 22 rice cakes, but I found it made 14. As a result, you can get away with using 7 shrimp — rather than the 10 called for in the original recipe.

You’ll end up with leftover steamed mung beans, so save them for another use, such as stirred into soups, stews or curries. Or just make a second batch of the rice cake batter to use them up another day. 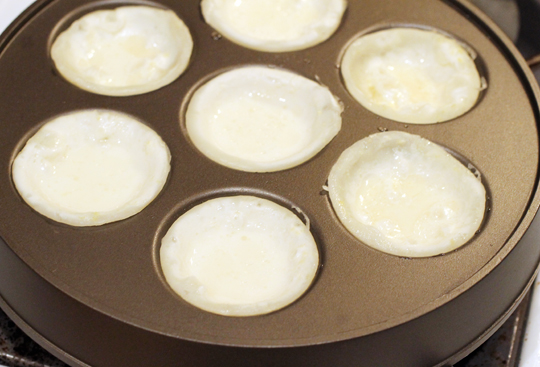 The batter just starting to set in the pan. 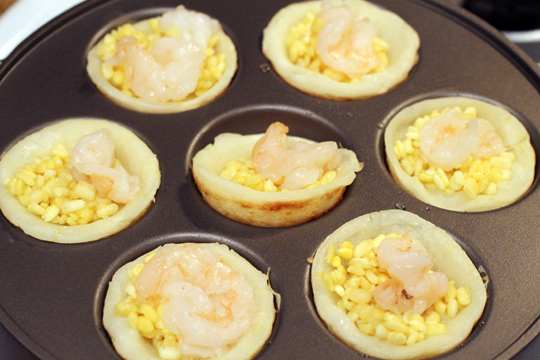 The rice cakes get their toppings.

The rice cakes are almost like tiny cups that cradle the mung beans and shrimp. They are crispy on the outside and chewy within. They boast a toasty rice flavor and fragrance.

And with rice a symbol of luck, wealth and fertility, what better way to usher in the Lunar New Year? 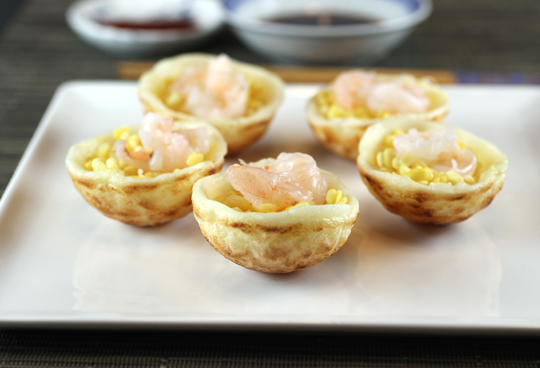 Time to dig in.

(Makes 14 one-inch cakes, enough to serve about 4 as an appetizer)

1/2 cup plus 1 tablespoon dried mung beans, soaked in water overnight or for at least 8 hours

Drain the mung beans, discarding the water. Transfer 1/2 cup of the soaked mung beans to a blender and puree until they form a paste (you may need to add a tablespoon of water to make the pureeing easier). Transfer the paste to a large pitcher and stir in the water, rice flour, cornstarch, coconut milk, and salt until well combined. For best results, let batter rest overnight in the refrigerator.

Set up a steamer and steam the remaining soaked mung beans for about 15 minutes until soft. Set aside.

Coat each well of a Danish ebelskiver pan lightly with oil using a pastry brush and set over medium heat. When the oil is hot, gently stir the batter and spoon about 3 tablespoons of batter into each well. Cook until a crust forms around each well, about 5 minutes. Spoon a teaspoonful of the cooked mung beans on top of each cake and top with one shrimp half. Cover the pan for about 2 to 3 minutes or until the shrimp is cooked. Use a spoon to scoop the cakes out of the pan and repeat with remaining batter and filling. Serve immediately.

Adapted from “The Slanted Door” by Charles Phan 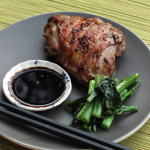