Lemon Marmalade — Not Just For Scones Roast chicken gets the surprise flavor of lemon marmalade.

Almost every morning, I slather jam or marmalade on toast.

I’ve also used it time and again for filling batch after batch of thumbprint cookies.

And I’ve warmed it to brush on fruit tarts to give them a dazzling gloss.

But “Blue Chair Cooks with Jam and Marmalade” (Andrews McMeel), of which I received a review copy, really opened my eyes to so many other ways you can use jam in everyday cooking. The book is by Rachel Saunders, founder of Blue Chair Fruit Company, a jam company that specializes in jams made from sustainable fruit grown in the Bay Area.

How about a vibrant beet soup made with red plum jam? Or prawn and squid paella made with nectarine jam? Or even tempeh stir-fried with mushrooms, bok choy and greengage jam?

You’ll find those recipes and other creative fare in these pages, along with recipes to make jam if you don’t want to just buy a ready-made jar from the market.

“My Roast Chicken” appealed to me because the whole bird is roasted with a lemon marmalade and fresh rosemary mixture slathered underneath its skin.

With a dwarf Meyer lemon tree in my backyard, I always end up with a steady supply of this fragrant citrus that’s a cross between a Eureka lemon and a tangerine. I use them to make pitchers of lemonade, all manner of baked goods, and Meyer Lemon and Vanilla Bean Marmalade, a Bon Appetit magazine recipe that I’ve been making every winter. I was curious as to whether the marmalade would make a real difference or if it would turn this chicken into dessert.

Even though you don’t use a lot of marmalade, you definitely can taste it, even if some of it will leak out of the chicken during the roasting and scorch in the pan. But don’t fear. Plenty will be left to give the chicken a distinctive citrus. Combined with the rosemary, it creates a resiny flavor with just the slightest hint of sweetness. What’s especially nice is that the marmalade adds more depth than just plain lemon juice would. The high sugar level will mean the chicken may get quite dark brown in spots if any of the marmalade leeches out onto the skin. But the near-charred bits don’t affect the flavor at all, and actually add a bit of smokiness.

I made one addition to the recipe — adding some halved Yukon Gold potatoes to the bottom of the pan to cook along with the chicken. They soak up some of the chicken juices as they cook. When you remove the lemon halves from the cavity of the chicken after cooking, be sure to squirt the juice on the meat and the potatoes. The roasting will have tamed the lemons even more, giving their juice a delightful caramelized sweetness.

After all, nothing goes together like chicken and potatoes. Except maybe chicken, potatoes and lemon marmalade. 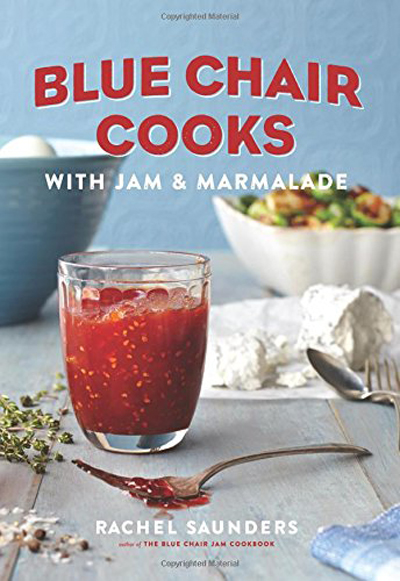 12 Yukon Gold potatoes, halved or cut into quarters if large

Rinse the chicken inside and out and pat it dry. Place the marmalade on a cutting board and chop it briefly to break up any large pieces. In a small bowl, use a fork to mix the marmalade, coarse sea salt, rosemary and butter together into a paste. Carefully work your fingers under the chicken’s skin to loosen it from the flesh. Start from the neck and try not to tear the skin. Gently work the butter mixture under the skin with your fingers, spreading it as evenly as possible over the bird.

Brush the outside of the chicken all over with the olive oil, then sprinkle it liberally outside and in with kosher salt and pepper. Stuff the lemon halves or quarters and rosemary sprigs into the cavity, packing them tightly as possibly. Roughly truss the chicken by tying the legs together at the neck end with kitchen twine.

To serve, remove the lemon quarters from the cavity, carve the chicken, and squeeze the lemony juices over the carved meat and potatoes. 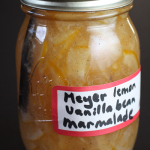 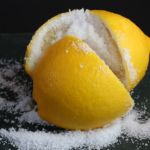 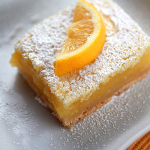 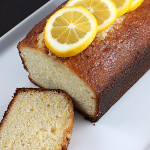 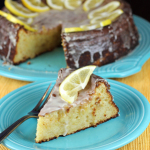 tagged with Blue Chair cookbook, Bue Chair recipe, lemon marmalade recipe, Meyer lemon recipe, roast chicken with rosemary and lemon, things to cook with jam, ways to use jam, what else to do with marmalade
Print This Post