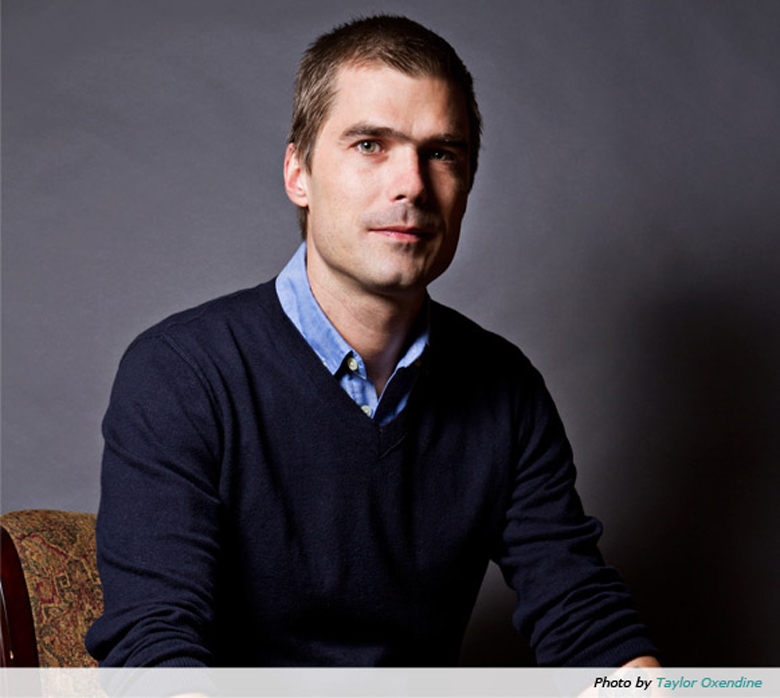 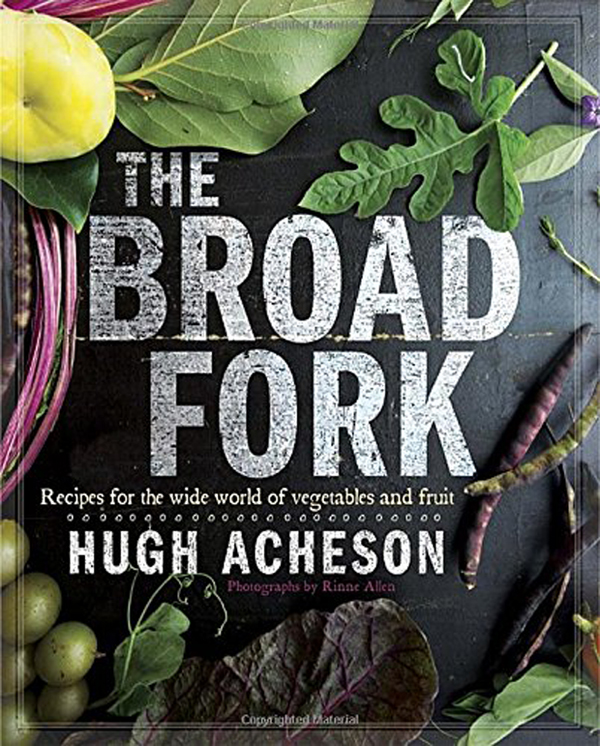 As inspiring and straightforward as the recipes are, what’s even more enjoyable is that the book is filled with Acheson’s singular voice — full of snark and sardonic observations. Although he’s most associated with the South, he’s actually Canadian. And that dry wit so associated with Canadians is on full display here.

“I am not perfect,” he writes in the book. “If you come into my kitchen you will find many things that you might not expect: Jif peanut butter, mass-production bread, sliced American cheese, pancake mix, forgotten cheap condiments, juice boxes, and store-bought mayo….My last name is definitely not Kingsolver.”

At this time of year, you’ll also likely find jars of home-made pickled cherries in his fridge. They’re also in mine now, too, having just made his delightfully easy “Pickled Cherries,” with the first of the season Bings from my local farmers market. My jar of pickled cherries — ready in a jiffy. (Photo by Carolyn Jung)

The most time-consuming part is just pitting the cherries, but even that doesn’t take much effort. A mixture of white balsamic, water, sugar, star anise, cloves and a pinch of salt is heated, then poured over the cherries that have been placed in a clean mason jar.

His directions didn’t say when the cherries are ready to eat, but I assumed an overnight maceration would do the trick. Sure enough, it did. The plump cherries soften and take on a pleasing puckery-sweet, wine-y flavor.

Enjoy it as Acheson likes to do — with a terrine or other charcuterie, some whole-grain mustard, and slices of baguette.

Whet your appetite with that — then come see him in person for a Q&A with me at Santana Row. Dig in! (Photo by Carolyn Jung)

Pack the cherries into clean mason jars, leaving 1/2-inch of headspace, and set them aside.

Combine the salt, sugar, star anise, cloves, vinegar, and 1 cup water in a small nonreactive pot and bring to a boil. Reduce the heat to low and simmer for 5 minutes.

Carefully ladle the hot pickling mixture into the jars, leaving 1/2-inch of headspace in each. Cap with the lids and bands. Then store in the refrigerator for up to a month, or process according to the jar manufacturer’s directions to store on the shelf for up to 10 months.

From “The Broad Fork” by Hugh Acheson