“Top Chef” winner Michael Voltaggio hamming it up with his crew at BITE Silicon Valley. Gee, can you guess why his Los Angeles restaurants are called Ink and Ink.Sack?

If ever there was a place where food and technology intersect, it’s Silicon Valley.

So it was only apropos that the inaugural BITE Silicon Valley extravaganza be held this past weekend at Levi’s Stadium in Santa Clara.

The three-day affair brought together some of the country’s most famed chefs, cutting-edge food entrepreneurs, food scientists and food activists to not only talk about how technology has impacted food, but to offer delicious tastes of their work. Food and technology — not football — were the focus of attention this past weekend.

Event chair Jose Andres, renowned chef and founder of the ThinkFoodGroup, spoke passionately about how his humanitarian organization, World Central Kitchen, has worked in developing countries to bring about more efficient and safer cooking methods.

That includes the introduction of solar stoves and cook-tops so that forests are no longer plundered for firewood and young girls are not sent into dangerous areas to scour for wood. 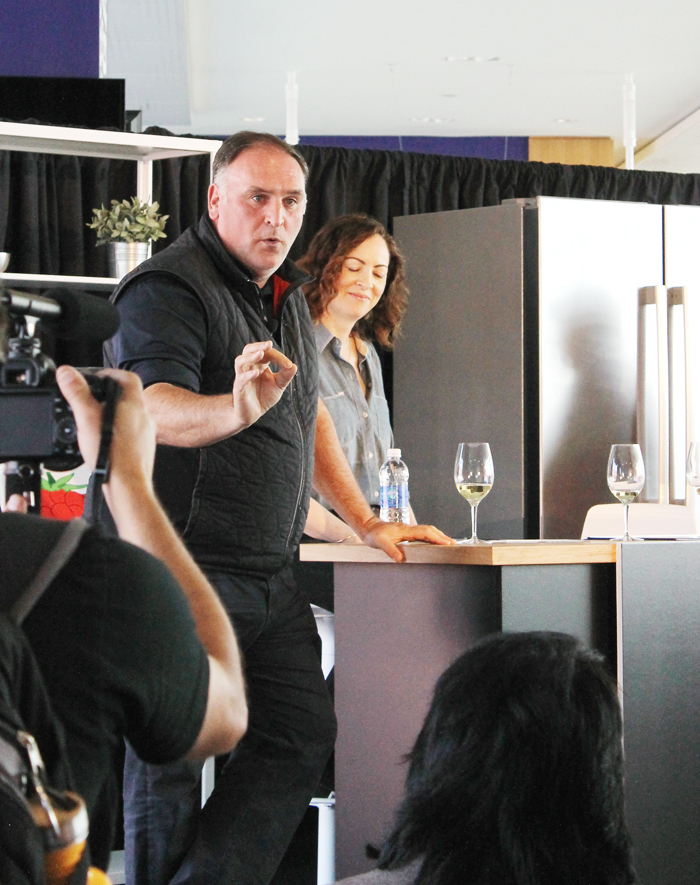 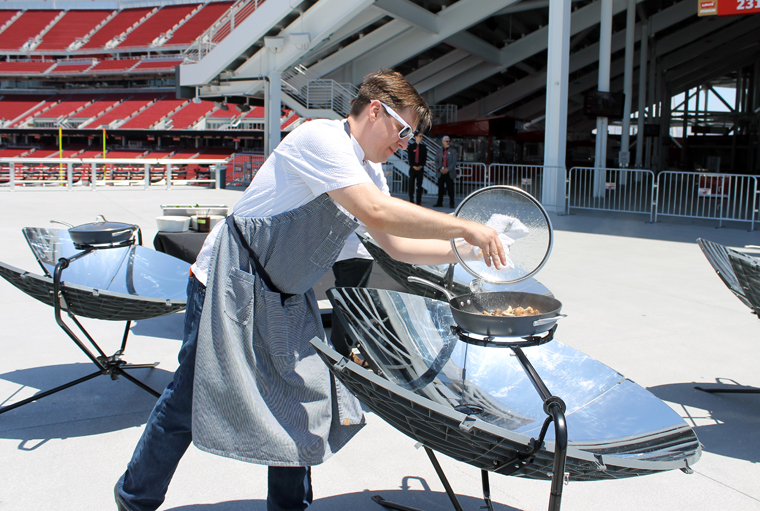 Home-made tortillas get golden on a solar-powered cook-top.

Kogi Truck founder Roy Choi was excited to discuss his project in conjunction with Chef Daniel Patterson of Coi in San Francisco. Their LocoL restaurant, which will launch in the long-challenged and impoverished Tenderloin in San Francisco and Watts in Los Angeles, aims to change the face of fast-food. It will serve good-for-you quick fare that is affordable and accessible to all. 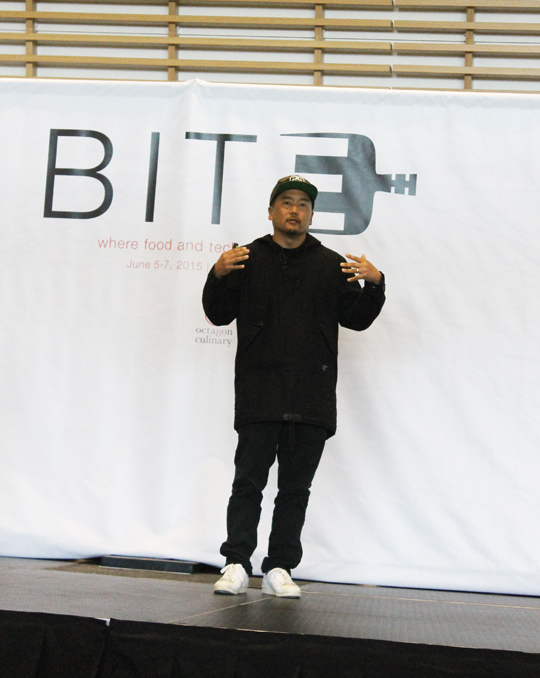 Maisie Ganzler, vice president of Bon Appetit Management in Palo Alto, showed eye-opening photos of so-called imperfect produce: romaine leaves (leftover because only the hearts are desired), spinach leaves that have had their tops accidentally trimmed off by automated picking machines, and gorgeous radishes that were the wrong size and therefore couldn’t be sold.

Bon Appetit launched an initiative to have their corporate cafes buy imperfect produce to use in the meals they serve, so that it doesn’t just end up thrown in the trash or left to rot in the fields. 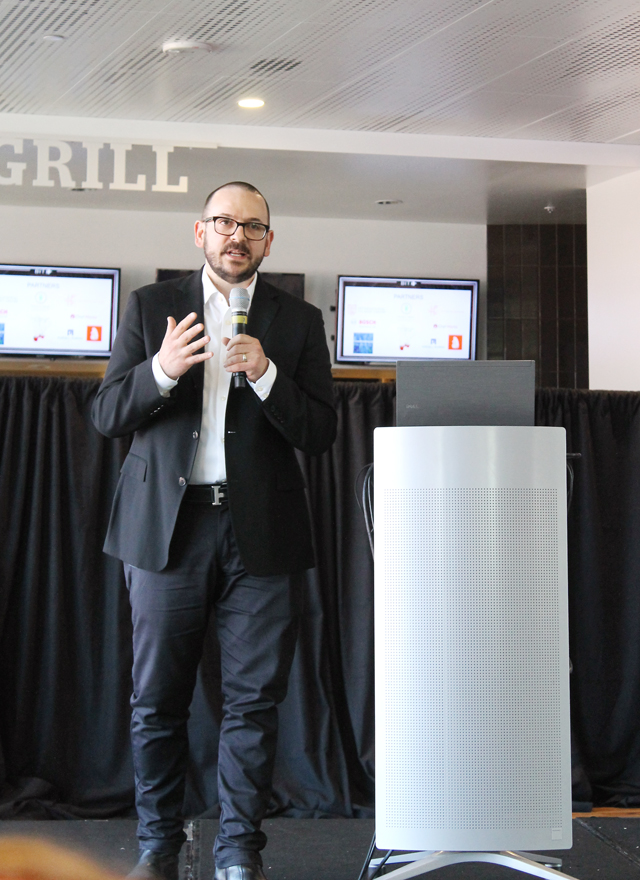 Francisco Migoya, head chef of Modernist Cuisine, talked about how he uses baking soda to caramelize carrots more deeply, then cooks them in a pressure cooker to make the world’s best carrot soup; and how he uses a machine normally made to clean jewelry, to rough up the texture of a french fry so it fries up crisper than any fry imaginable. 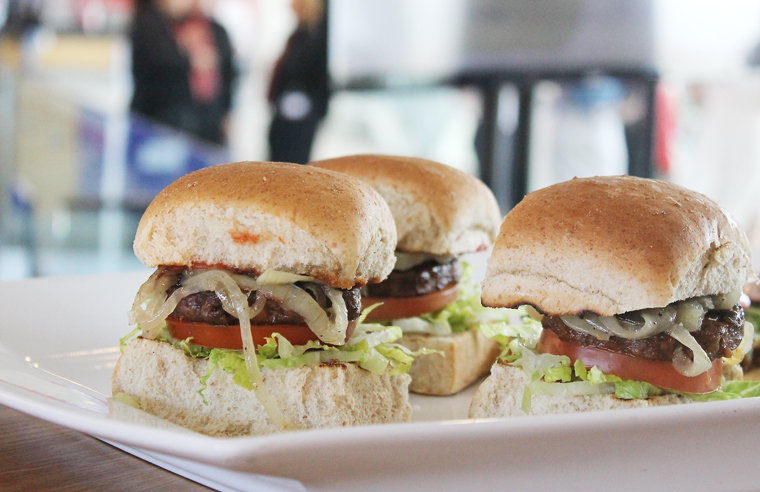 Companies such as Hampton Creek and Beyond Meat are also taking the humble yellow pea and using it to make new plant-based products such as egg-less mayonnaise and meatless burgers that have the texture and taste pretty much as good as the real deal.

And of course there was food. Plenty of it. Including a special multi-course dinner at Quattro restaurant in the Four Seasons Silicon Valley, cooked by Executive Chef Marco Fossati and Chef Craig Stoll of Delfina. Just take a look: Chocolate, coconut and cashew tart from Craftsman and Wolves. 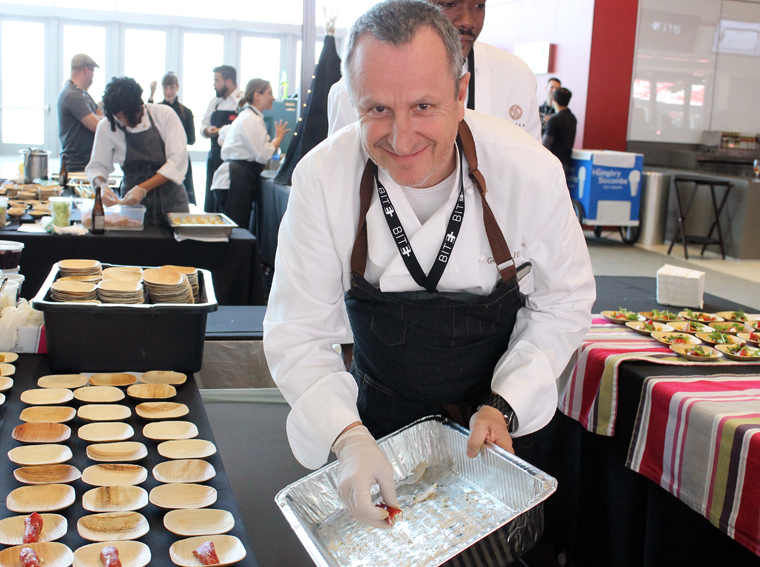 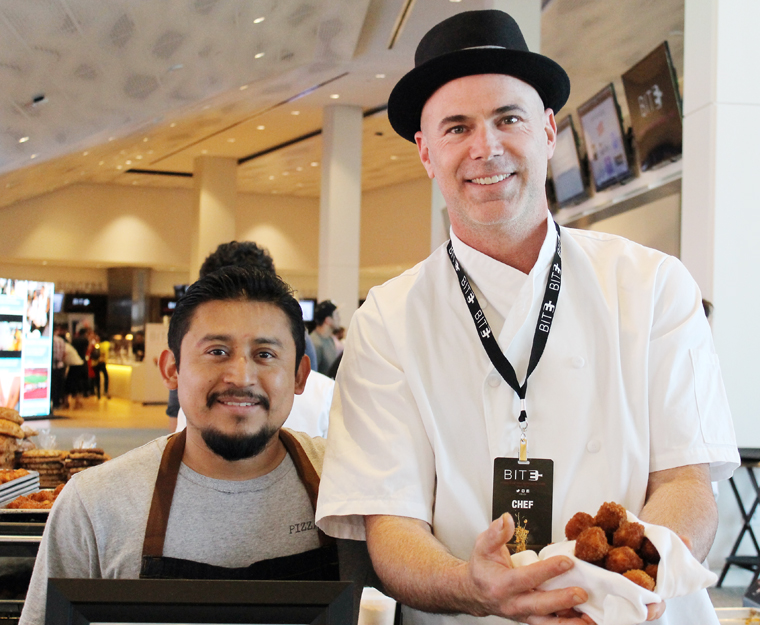 Chef John Madriaga of Spruce puts the finishing touches on his unusual creation. Executive Chef Marco Fossati, who cooked a special dinner for guests at his Quattro restaurant the previous night with Chef Craig Stoll of Delfina. 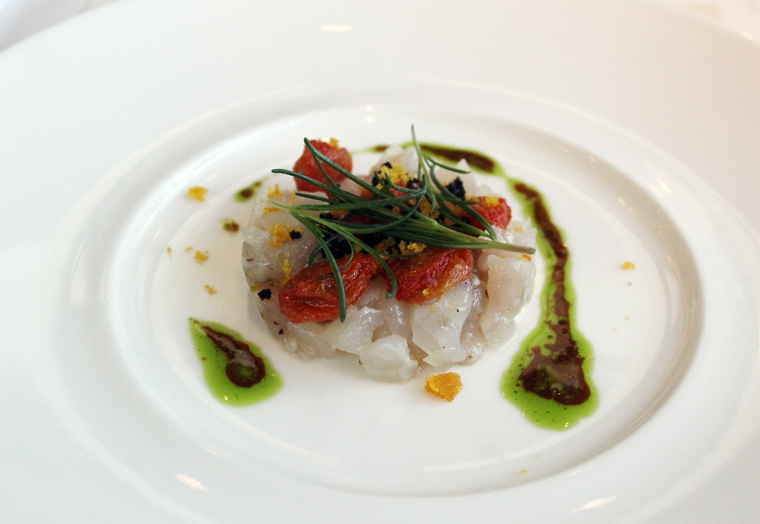 Dorade tartare from the Quattro dinner. Wild fennel sformato from that dinner.