The Taste of Sriracha In A Rub 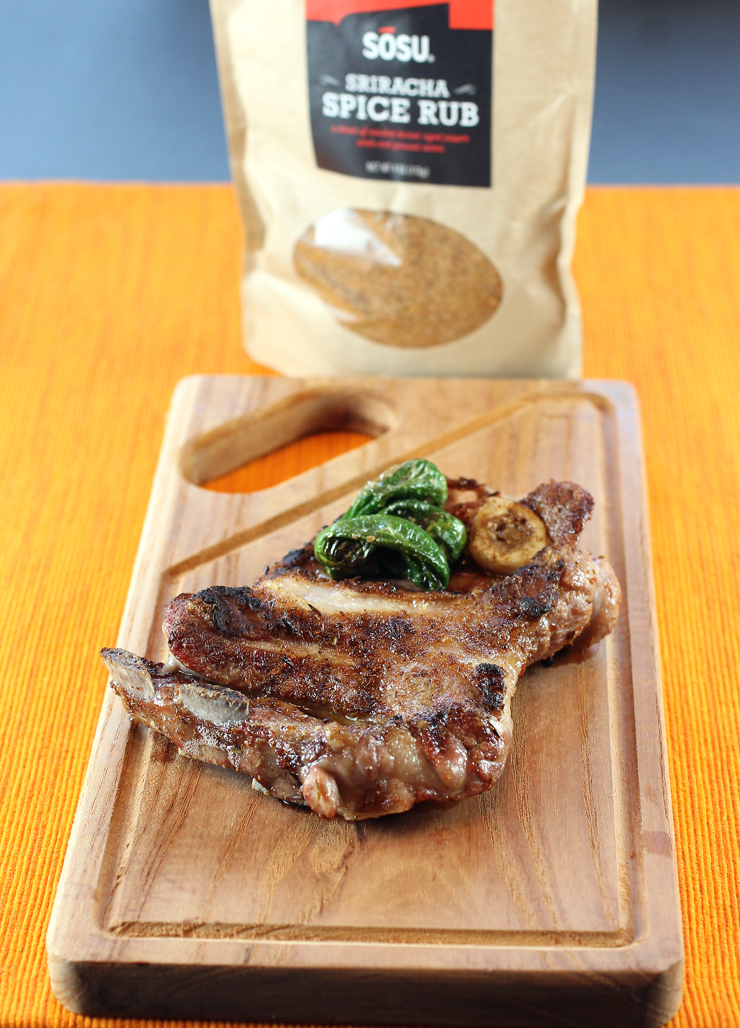 A lamb chop gets even more yummy with Sosu Sriracha Rub all over it. Plus a few home-grown Padron peppers as a garnish.

Imagine the fruity heat of Sriracha crossed with the unmistakable aromatic, earthy smokiness of cumin.

That’s what you get in the new Sosu Sriracha Spice Rub.

Lisa Murphy of Oakland’s Sosu Sauces makes what is probably my favorite Sriracha sauce around. It’s aged and fermented in whiskey barrels to give it even more fruitiness and smokiness, adding to its overall complexity not found in other run-of-the-mill Asian hot sauces.

Very much like a winemaker, she produces the sauce only once a year — when peppers and tomatoes are at their peak in summer. It’s a controlled frenzy to take all that fresh produce and turn it into her Sriracha and Srirachup (Sriracha ketchup).

As a small producer cognizant of the importance of not wasting anything, she developed the rub as a way to use up the peppers used in aging the Sriracha. She was inspired by the cumin lamb skewers famed in Xi’an, China.

By adding cumin, garlic and sea salt, she turned it into an umami bomb. With a sample she recently gave me, I sprinkled the rub on lamb blade chops that got kissed by fire on the grill. 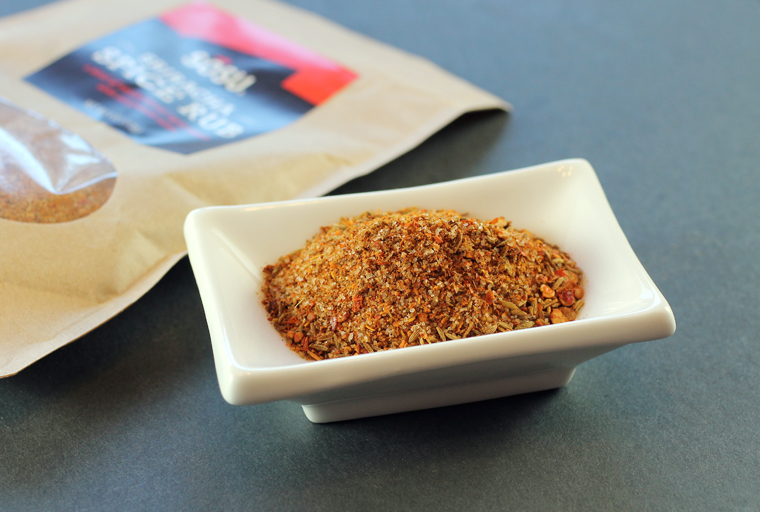 You can tell it’s going to be tasty just by looking at it.

The result was one mouth-watering piece of meat with a pungent savoriness and lick of heat on the finish. You take a bite and immediately reach for another because the rub has the delicious effect of making you want more, the more you eat of it.

I can imagine how good it would be on a roast chicken or grilled spot prawns. Heck, even on garlic bread, too.

The limited-edition rub, available on the company’s Web site, comes in 4-ounce, resealable bags for $7.