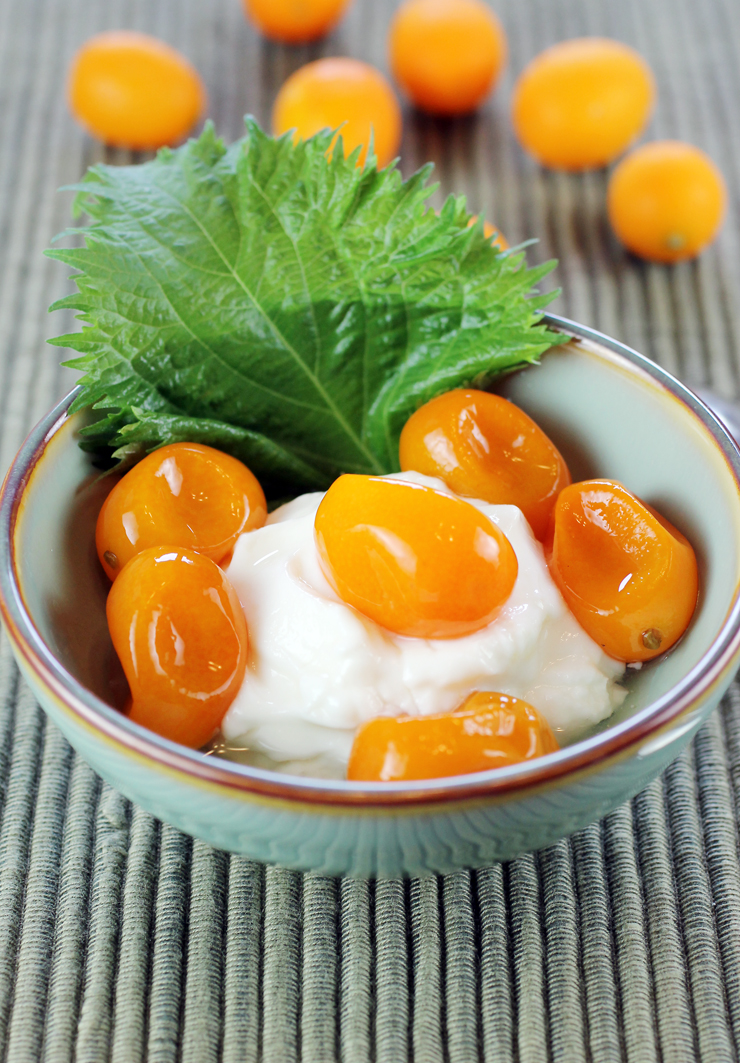 Plump, juicy kumquats simmered in sake, sugar and shiso make a divine topper for so many things.

Anything simmered in sake sounds pretty good to me.

“Kumquats Simmered in Sake” is from the new cookbook, “Preserving the Japanese Way” (Andrews McMeel) by Nancy Singleton Hachisu, of which I received a review copy.

Singleton Hachisu is a native Californian who moved to Japan after falling in love with a Japanese farmer. Ever since, she’s dedicated herself to learning, documenting and teaching the ways of farm food life in Japan.

It’s a cookbook that will leave you with newfound appreciation for the art of preserving — salting, pickling and fermenting the Japanese way. You’ll learn how soy sauce is made, as well as her favored brands; and how to make your own miso, kimchee, tofu and soy milk. 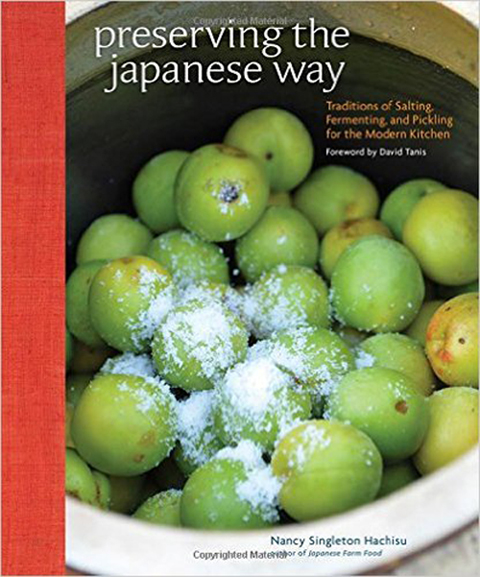 There are inspired recipes such as “Cucumbers Soused in Soy,” “Green Beans Cloaked in Miso,” and “Sake Lees Ice Cream with Figs.”

I snagged kumquats at my local Japanese market for this easy recipe, as well as the shiso leaves and sake that was needed. In fact, I bought so many kumquats that I ended up making a double-batch of this recipe.

Using a toothpick, you poke holes in them so that the sake permeates when you simmer them. The recipe tells you to discard the sake afterward, which does seem like a waste. You could probably re-use it to simmer other dishes. Or even imbibe it almost like you would a warm sake at a sushi bar.

The kumquats then get finished by simmering again in sugar syrup steeped with shiso leaves.

The shiso and sake are beautiful, subtle complements to the sweet-tart fruit. The sake provides a faint back note of floral-ness, while the minty-basil-like shiso gives a fresh, bequiling brightness.

Singleton Hachisu recommends enjoying the kumquats over her sake lees ice cream. If you don’t want to go to that trouble, plain vanilla or even coconut ice cream would be wonderful instead.

I’ve long remembered a dish I enjoyed a few years ago at the Michelin three-starred Restaurant at Meadowood, which featured house-made yogurt with a shower of finely julienned shiso, as well as a few other components. Just the combination of shiso and yogurt alone was so inspired that it stayed with me ever since.

So for my first taste of these fabulous kumquats, I spooned them and a little of their syrup over plain Greek yogurt, which I garnished with fresh shiso leaves.

I don’t know if a Michelin inspector would rate it a three-star snack. But I sure did. Coveting my jar of preserved kumquats.

Wipe the kumquats and poke about 6 small holes in each one with a toothpick. Pop the kumquats into a small saucepan and bring to a low boil with the sake over medium-high heat. Adjust the temperature, simmer for 5 minutes, and drain.

Measure the sugar into a small heavy saucepan and add 1 cup water. Bring to a boil over medium heat, stirring to help dissolve the sugar. Once the sugar has dissolved, toss the shiso leaves into the sugar syrup and simmer for 3 minutes. Remove the leaves with a pair of tongs and drop into a wire-mesh strainer set over a small bowl. Press on the leaves to extract any excess sugar syrup and scrape it back into the saucepan with the rest of the syrup. Drop the whole kumquats into the saucepan with the syrup and bring to a simmer over medium-low heat. Cook gently for about 25 minutes. Scrape into a plastic container or jar and let cool to room temperature before storing in the fridge. Keeps for a couple of weeks.

From “Preserving the Japanese Way” by Nancy Singleton Hachisu 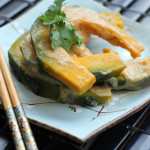 Another Recipe by Nancy Singleton Hachisu: Sake-Steamed Kabocha with Miso 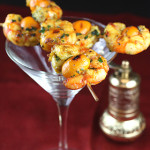