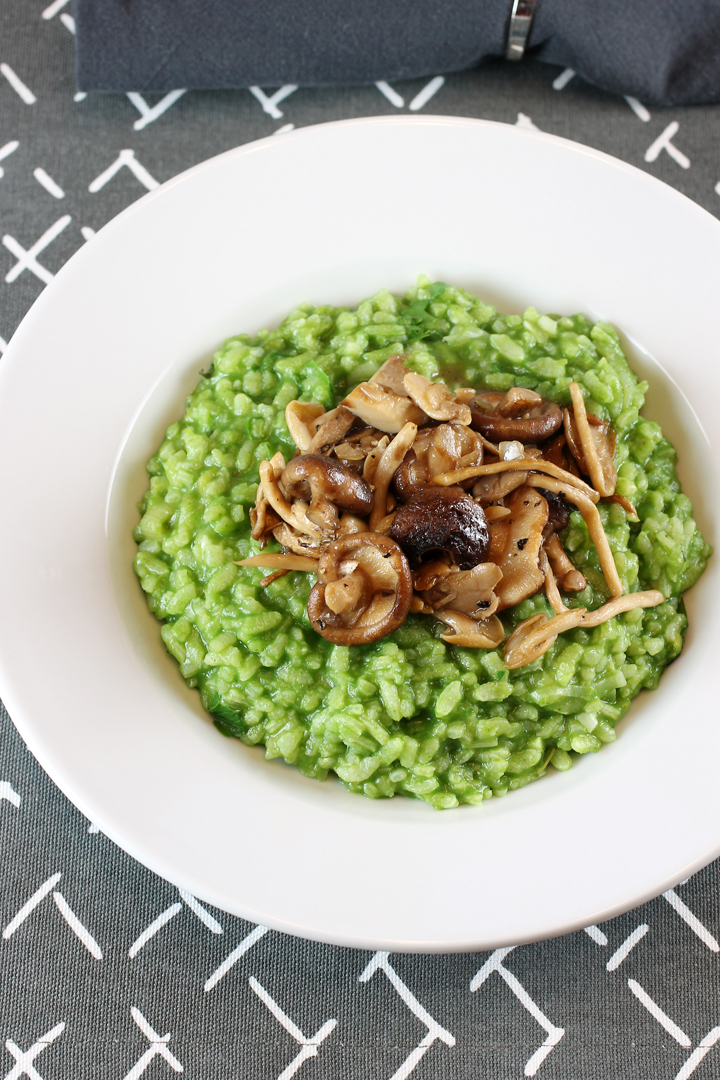 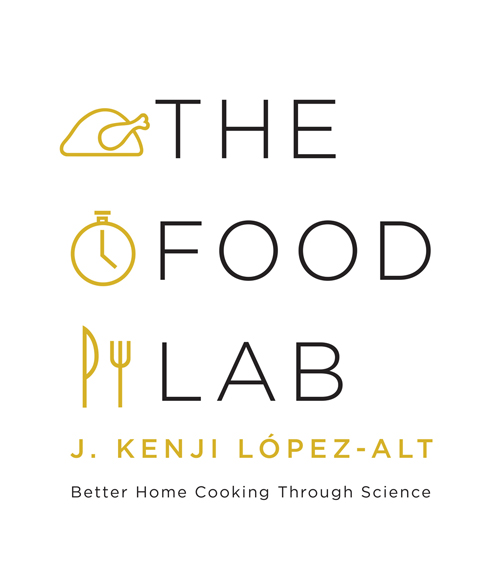 The 958-page book is more than a cookbook. It’s a “how” and a “why” of cooking techniques. And Lopez-Alt has done all the hard work to ascertain when to use which method to attain the best results. It’s all done in easy to understand language with a sense of humor to boot.

Want to make the fluffiest, tastiest pancakes? The key is whipping the egg whites separately and not skimping on the fat (buttermilk and sour cream), which adds flavor and tenderness. Want to try your hand at making homemade ricotta? Lopez-Alt instructs, and gives precise times for draining it to achieve whatever texture you most desire. Want to age your own beef at home? He tells you how (it will involve putting a desk fan in a dedicated mini refrigerator).

So how is it possible to make risotto without stirring it constantly the old-fashioned way? Lopez-Alt discovered:

Indeed, after following his instructions to stir the rice into the cold stock, then drain the rice almost immediately, I could see a layer of cloudy starchy liquid forming at the bottom of the stock.

When I poured almost all of the stock into the pan with the rice, creating a very soupy mixture, then turned down the burner to its lowest setting, I thought there was no way the rice was going to absorb all that liquid on barely any heat. But sure enough, it did.

The risotto gets its vivid green hue from a puree of parsley, tarragon, spinach and green onions that’s stirred in just before serving. Each serving gets topped with a satisfying saute of wild mushrooms made even more meatier tasting by the sly addition of a little soy sauce.

It’s a risotto that’s beautiful to look at. And a delight to spoon into.

While you definitely won’t strain your arm muscles making this miraculous, almost no-stir risotto, you will have a good number of bowls and pans to wash afterward. I won’t lie about that. But your better half might just be so thrilled that you’re now vowing to make risotto more frequently that he won’t mind doing the clean-up for you. Mine sure didn’t.

1 1/2 cups risotto-style rice such as Arborio, Carnaroli or Vialone Nano

2 medium cloves garlic, minced or grated on a Microplane (about 2 teaspoons)

8 ounces mixed wild mushrooms such as trumpet royale, chanterelle, morel, or oyster, cut in half if large

Combine the stock and rice in a large bowl. Agitate rice with your fingers or a whisk to release the starch. Pour into a fine-mesh strainer set over a 2-quart liquid measure or large bowl and allow to drain for 5 minutes, stirring the rice occasionally. Reserve the stock, transferring it to a medium saucepan.

Finely chop 1 tablespoon each of the parsley and tarragon. Cover with a damp paper towel and refrigerate.

Bring the stock in the saucepan to a boil over high heat. Prepare a large ice bath. Add the spinach, the remaining parsley and tarragon leaves, and the scallion greens to the boiling stock, pressing down with a wire-mesh spider to submerge them, and cook for 30 seconds, then lift out with the spider, transfer to the ice bath, and chill completely. Remove the stock from the heat.

Transfer the blanched greens to the jar of a blender and add 1/2 cup of the stock. Blend on high speed until completely smooth, about 30 seconds. Transfer to a small bowl and set aside.

Heat the olive oil in a 12-inch heavy-bottomed skillet over medium-high heat until shimmering. Add the rice and cook, stirring and tossing frequently, until all the liquid has evaporated; the oil is bubbling, and the rice has begun to take on a pale golden blond color and nutty aroma, about 3 minutes. Add the garlic and scallion whites and cook, stirring until aromatic, about 1 minute.

Add all but 1 1/2 cups of the stock to the skillet. Stir the rice once, cover, and reduce the heat to the lowest setting. Cook the rice for 10 minutes, undisturbed. Stir once, shake the pan gently to redistribute the rice, cover, and continue cooking until the liquid is mostly absorbed and the rice is tender with just a faint bite, about 10 minutes longer.

Meanwhile, heat the canola oil in a 10-inch skillet over medium-high heat until shimmering. Add the mushrooms and cook, tossing occasionally, until well browned, about 5 minutes. Add the shallot and cook, stirring, until aromatic, about 30 seconds. Carefully, add 1/4 cup of the stock, the lemon juice, and soy sauce. Remove from the heat, toss to combine, and season to taste with salt and pepper. Set aside.

Remove the lid from the risotto, add the remaining broth, increase heat to high, and cook, stirring and shaking the rice constantly, until thick and creamy. Off the heat, stir in the green puree, lemon zest, and chopped parsley and tarragon. Season to taste with salt and pepper. Serve immediately on hot plates, topping the risotto with the mushrooms and their pan juices.

From “The Food Lab” by J. Kenji Lopez-Alt 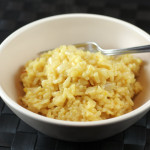