Breakfast is served — by Chef Lee Anne Wong at her Koko Head Cafe.

OAHU, HAWAII — Even if you think you’re not a breakfast person, you will be after eating at Chef Lee Anne Wong’s Koko Head Cafe.

The down-home Hawaiian diner entices from the get-go, as I found when I was invited in as a guest two weeks ago.

Three years ago, the former “Top Chef” contestant made the big move to Hawaii from New York, after falling for a local farmer.

Shortly afterward, she opened her lively joint that serves only breakfast and brunch.

Whether you favor sweet or savory, you’re sure to find something to enjoy. 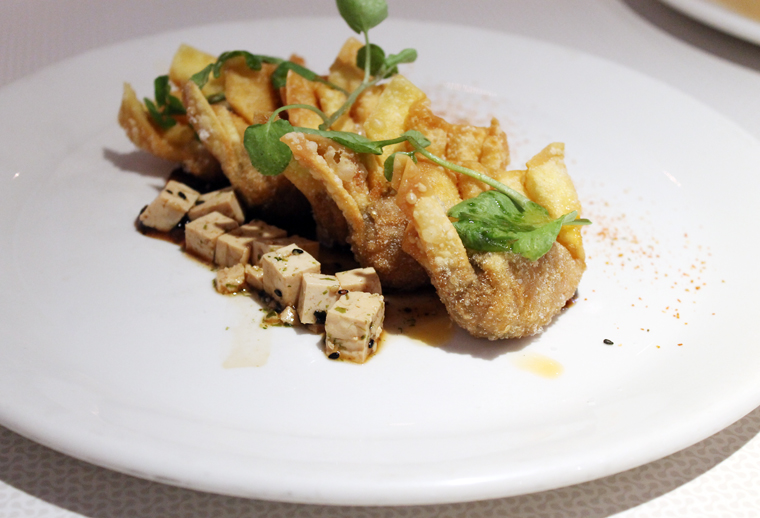 Each day, there is a different dumpling offered.

For us, that meant Breakfast Bruschetta ($6) — toasted bread slathered with macadamia yogurt and garnished with fresh tropical fruit. I’d eat this every morning quite happily.

We also enjoyed her famed dumplings, whose fillings change regularly. After all, this is a woman who wrote, “Dumplings All Day Wong” (Page Street, 2014). On this morning, the dumplings were stuffed with ground beef, fried crisp, and served with black bean sauce ($12).

Those with a sweet tooth will fall for her Cornflake French Toast ($14). Thankfully, it’s not a ginormous, sugar-quaking serving, but rather a more modest thick slice, crusted with cornflakes, and topped with frosted flake gelato, a drizzle of black pepper maple syrup, and two crisscrossed strips of bacon. It’s sweet, but the bacon and peppy maple syrup keep in all in check. 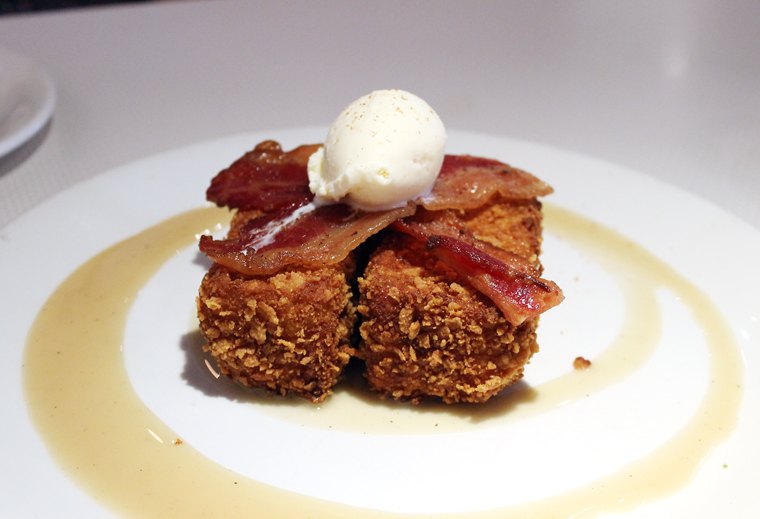 Now, this is French toast! For something different, there’s Auntie Alohi Cakes ($8), small taro and banana cakes that are pan-fried, and served with a dollop of sour cream and jam. They arrive on the plate looking like breakfast sausage. They are crisp on the outside, and soft and gooey inside. They might not be everyone’s cup of tea, but they are fun to try for a true taste of the islands. A loco moco done with lamb.

Koko Head Cafe lists its specials on a blackboard above the bar every morning. That day, a most winning one was the Lamb Loco ($18), a cast-iron skillet brimming with rice, a bountiful lamb burger, tempura-fried veggies, and a sunny-side up egg.

Whatever you chow down on, it’s a good bet it will satiate you beyond lunch time.

MAUI, HAWAII — “Top Chef” fan favorite Sheldon Simeon jokes that for three months, his Tin Roof eatery had no sign, not because he was trying to be hipster cool, but because he couldn’t afford one. He only recently added an “outdoor seating area,” too — a couple of plastic milk crates that a passerby almost stole, thinking they were put out on the curb as refuge. 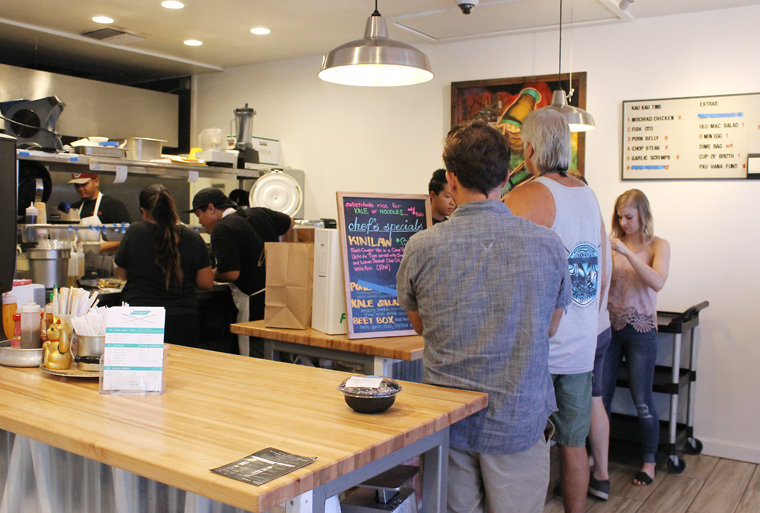 Squeeze into the tiny Tin Roof on Maui.

His teeny Tin Roof may be bare bones, but it’s definitely a labor of love and deliciousness, as my husband and I found when we visited a couple weeks ago, paying our own tab.

Tin Roof, which serves modest-priced plate lunch-type dishes, is located in a small strip mall near the airport. It’s all of 583 square feet, and most of that is the kitchen. There’s room for only six people to sit shoulder-to-shoulder at a narrow window ledge-counter. At lunch-time, a constant stream of people come in to place orders. In fact, it’s not unheard of for Tin Roof to turn out 400 bowls in just four hours. Everyday is your birthday with a bite of this chocolate mochi cake.

Simeon’s wife, Janice, is there most days, expediting orders. With Simeon’s packed schedule — he making a return visit as a challenger on this season’s “Top Chef,” which pits newcomers and veteran contestants alike — spotting him is a little more elusive. In fact, we caught up with a couple days later when he was manning a food booth at the Maui Fil-Am Heritage Festival.

Tin Roof may be fast-casual, but there’s no denying the care in the food. My kinalaw ($13) was a delightful mound of ahi and young coconut cubes in a coconut milk-cane vinegar sauce with a drizzle of lemon pressed olive oil. The bowls come with rice or you can get noodles or kale salad (my choice) for an additional $4.

The pork belly ($9) is fabulous. The juicy chunks are glistening with a crisp skin.

For a sugary pick-me-up, there’s “Choc B’Day Cake” ($5). They look like brownies, but they are chocolate butter mochi. More cake-like, and with just a little bounciness to it from the sweet rice flour, they’re dressed up to party with a riot of sprinkles. Simeon says he’s looking to open a more upscale place along the lines of his now-shuttered Migrant restaurant, and just for fun, another casual spot that would specialize in burgers and saimen.

Can’t wait to taste all that his future holds.

OAHU, HAWAII — The circa 1959 Japanese department store, Shirokiya, in the sprawling Ala Moana Center is no more. One of the seating areas in the new Shirokiya Japan Village Walk.

Welcome to the new 55,000-square-foot Shirokiya Japan Village Walk, an Asian food court unlike any other. If you remember the Shirokiya department store’s upper-floor of food stalls, the Village Walk is like that on a monstrous scale. There are 60 food stalls, five beer stations, and 800 seats. You’ll find everything from dumplings to ramen to crepes to pizza to bouillabaisse.

When it first opened, it was a crush of people. Thankfully, it’s a little more manageable now. And if you go on an off-hour, say, after 2 p.m. and before 6 p.m., you should have no trouble navigating the space. A place that specializes in musubi. A Spam, egg, and avocado musubi.

You pay for what you order at each stall (and we paid our full tab each time). It’s a good idea to split a dish with a friend, so you can try more on your rounds. Meow! Of course, there is Hello Kitty stuff. Such as chocolate-, custard-, and jam-filled Hello Kitty waffles (akin to taiyaki). Takoyaki — made in front of you. 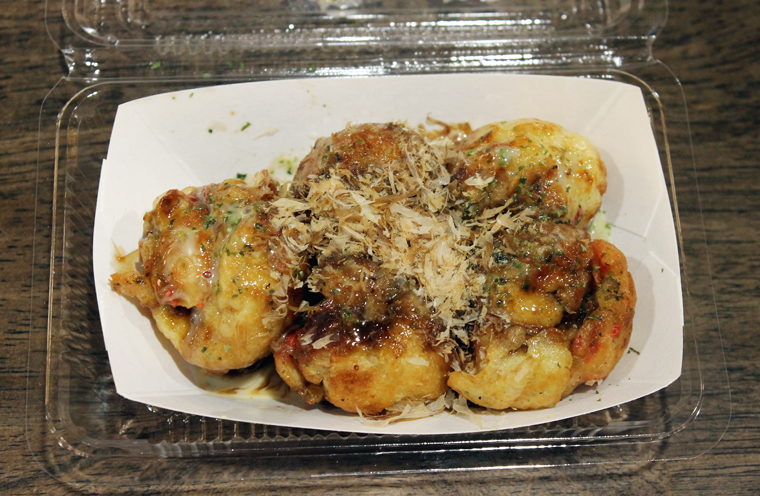 A display of sweet and savory crepes, wrapped up like cones so you can take it to-go easily. When I first passed this stand, I did a double-take, thinking it specialized in matcha desserts. Turns out, it’s edamame desserts! Edamame mochi — chewy, sticky, sweet, and with a back note of soybean-iness. 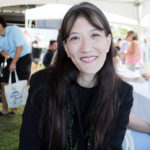 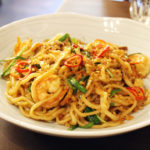 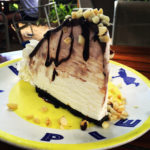 And: Eating on Maui’s Kaanapali Coast 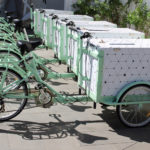