Weeknight dinners were never so easy and tasty as this.

I get giddy for asparagus in spring.

There are many things I look forward to with each season, but there is something special about asparagus because its local season is so short. Because of that, I gorge myself on the spears until they disappear all too quickly from the markets. I always hunt down the really fat ones if possible, too, because I think they taste sweeter.

As chef of landmark Chez Panisse in Berkeley, Cal Peternell obviously cooks with the seasons. In fact, his newest book, “A Recipe For Cooking” (William Morrow) has first course, second course, sides and dessert recipes divided by spring, summer, fall and winter.

At this time of year, it’s all about dishes such as “Sweet Pea Risotto,” “Snap Peas with Scallions and Sage,” and “Rhubarb Flaky Tart.” 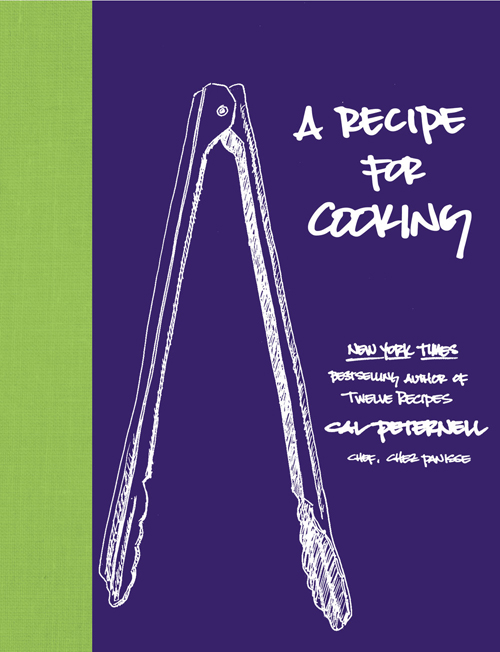 I gravitated toward his “Spicy Ground Pork with Ginger, Lime, Peppers, and Green Beans,” because it’s very much like something I would whip up on a weeknight, except his version is much more codified and precise, while I would normally just grab seasonings out of the pantry and what-have-you from the fridge to combine them willy-nilly.

With asparagus on my mind, however, I swapped out the beans for the spears instead. Peternell writes that he will often substitute broccoli for green beans in winter, and even add roasted slices of Delicata squash. As you can tell, this recipe takes well to improvisation.

The original recipe calls for blanching the green beans first. But I just cut up my asparagus spears into about 2-inch segments and stir-fried them. And if you like the salty, fermented funkiness of fish sauce, you might want to add more than the original 1 teaspoon called for in the recipe, as I did.

Peternell writes that his pig-farming buddies always hope people buy more ground pork because it allows them to make a little more money from the “in-between bits, not just the chops, hams and bellies.”

In quick fashion, this dish results in a light, fresh tasting stir-fry that goes perfectly with steamed rice. And it gives a boost to pig farmers along the way. I’d call that a delicious win-win.

2 garlic cloves, pounded with a pinch of salt

2 teaspoons coriander seeds, toasted and ground in a mortar or spice mill

In a large bowl, combine the pork, 1/2 teaspoon salt, sugar, black pepper, garlic paste, ginger, coriander, hot pepper, 1 teaspoon fish sauce, vinegar, and 1 tablespoon oil, and mix thoroughly. Heat a skillet to medium, add a dot of oil, and fry a little patty of the sausage mixture. Taste and add more of whatever you like — spicier? sweeter? more salt? Mix and do another test patty.

If using green beans: Bring a pot of salted water to a boil for cooking the beans.(If using asparagus, you can skip this step of boiling them in water first.)

Reheat the skillet to medium-high and add 2 tablespoons oil, then pork spreading it to cover the surface of the skillet. Let cook, undisturbed, to get nice and brown before turning it to brown on the other side. The pork will naturally get a more coarse, crumbly texture as it continues to cook. When just cooked through, set the pork aside on a plate, add more oil to the skillet if needed, then add the onion and red pepper strips with 1/4 teaspoon salt. Cook, stirring occasionally, until they have wilted but still have a little crunch, about 10 minutes.

Meanwhile, cook the green beans in boiling water until tender. If they are done before the onion and pepper, set them aside on a plate or just add them into the skillet if the timing is right. Add pork to the skillet and the stock or water for stewiness, as well as the remaining 1 teaspoon fish sauce; bring to a simmer, taste, adjust, and serve sprinkled with cilantro. Pass lime wedges to squeeze over.

Option: Add coconut milk, up to a whole can, with the stock or water for creamy rich tropicality.

Adapted from “A Recipe for Cooking” by Cal Peternell 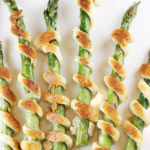 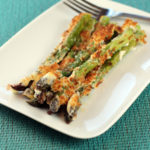 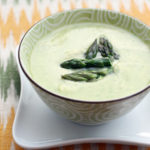 And: Roasted Asparagus with Pistachio Cream