Last fall, Jardiniere and Cockscomb, both in San Francisco, started serving the Impossible Burger. Jardiniere serves the $16 burger at night in the bar on a first come, first serve basis, while Cockscomb sells it for $19 for lunch on weekdays. 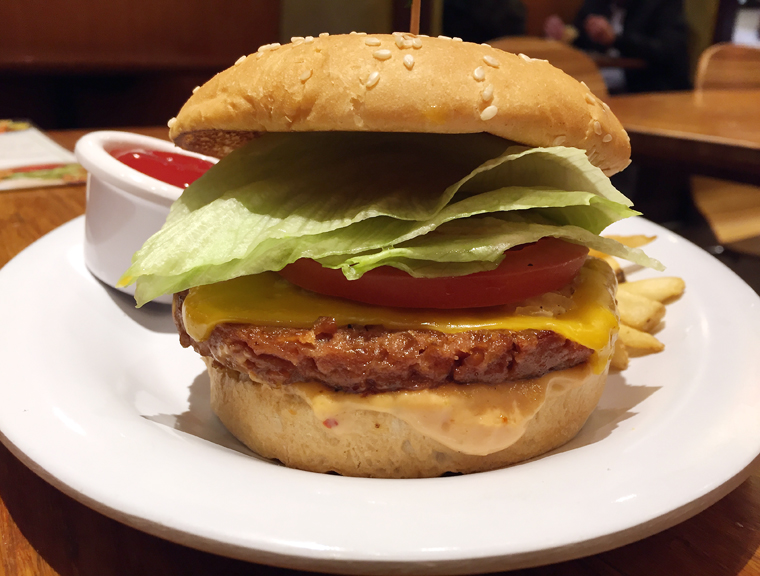 The Beyond Meat Burger at Veggie Grill.

And in December, the Beyond Meat Burger debuted for $12.95 at all Veggie Grill locations, the first fast-casual restaurant to feature it.

I’ve had a chance to try both, though, not side by side. The verdict? They both have the juiciness and texture of a good ground meat burger. I wouldn’t say either of them had the really robust irony taste of beef. They’re more mild tasting like a turkey or chicken patty. I found the Beyond Meat Burger more highly seasoned and flavorful, with the Impossible Burger more delicate tasting.

Both are big steps up from those precooked veggie hockey pucks of yesteryear we all know only too well.

Garnished with all the regular burger accoutrements, both have the satisfying mouthfeel you want in a burger. I am neither vegetarian or vegan, but I would happily eat either of these plant-based burgers again.