It’s hard to believe how quickly Manresa Bread has grown. It opened its first bakery in 2015 in Los Gatos, followed a year later by the Los Altos one. Its pastries also are sold at Verve coffee cafes in the Bay Area. Twelve people work on the production side, along with five drivers, and 14 employees on the retail side. Manresa Bread Head Baker Avery Ruzika says she doesn’t name her starters, but acknowledges the original one at Manresa restaurant had been nicknamed, “Brittany.”

Nowadays, Manresa Bread sells upwards of 2,000 pastries on a typical Saturday, and as many as 1,200 loaves of a bread on a Sunday. Everything is shaped by hand, too. Brioche buns delivered to Manresa restaurant each day by 4:30 p.m.

About those croissants? Anywhere from 300 to 1,000 are rolled each day. First, the laminated dough is marked with a special roller, then a baker takes an X-Acto knife and ruler to cut them precisely. Croissants all rolled by hand. My attempt at rolling one.

And to think it all started when Manresa Chef-Owner David Kinch said to head baker Avery Ruzika, “You’re very curious about bread. Let’s take it from there.”

Ruzika is so obsessed with getting the details right that each day, she mills the flour and polenta from organic grains. The bakery does buy white organic and higher gluten white flour elsewhere. But the specialty grains are milled fresh every day.

“We try to find ways to be creative yet still be consistent,” Ruzika explains. “It’s all about ‘how can we keep elevating the product?’ ”

Freshly milled grains also are more challenging. “They absorb water differently, and they ferment differently. They are more active,” she says.

This summer, look for ham and cheese baguette sandwiches garnished with butter and cornichons on the menu at both Manresa Bread locations, for about $8 each, which we got a sneak-taste of. 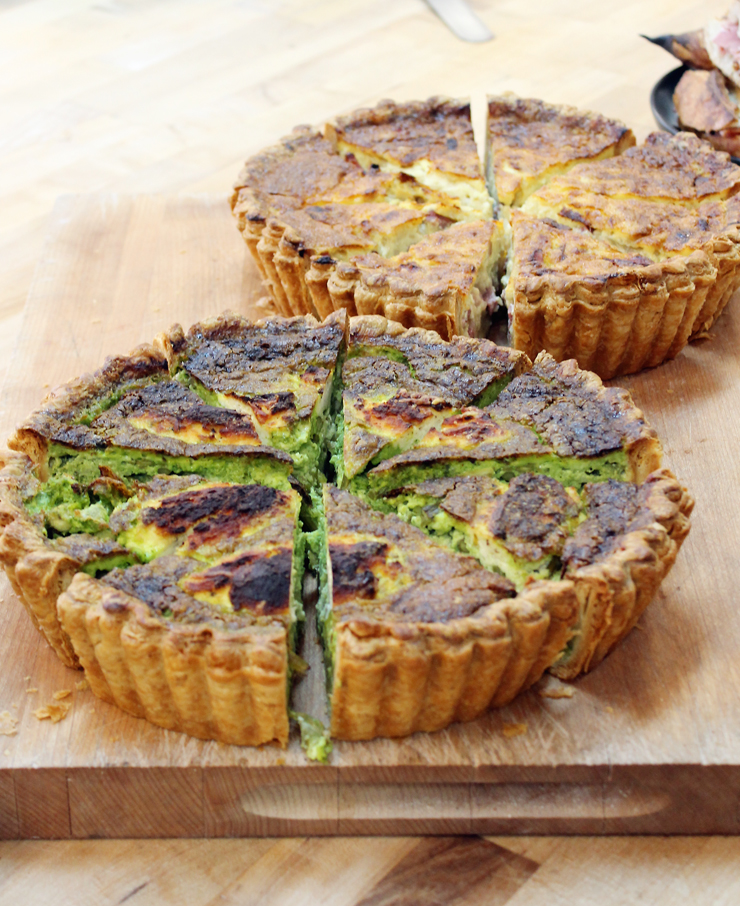 The crust is incredible on these quiches.

We also sampled the quiche Lorraine and a seasonal quiche with asparagus and pesto. Their foundation is a puff pastry-like dough, making this quiche crust some of the flakiest and butteriest around. It’s like a perfect piece of pastry in an of itself. Slices at the bakery are available for $8 each.

Manresa now also ships its bread throughout the continental United States, as well as its supersized 8-inch diameter kouign-amann, which will serve 6 to 8.

Spoiler Alert: That big kouign-amann will actually keep fresh for a week, owing — ahem — to all the sugar in it.

But don’t think about it. Just enjoy.