If Instagram is any indication, everyone — and I mean everyone — has to order the King-Dum ($8 for one), a xiao long bao supersized to the point that you need to poke a thick straw into it to suck up the broth inside. It’s about the size of a man’s hand, and decorated with flower petals. You have to let it cool a little lest you end up scorching your mouth before digging in.

It’s definitely a showstopper. There’s a decent amount of broth, but not nearly as much as you might think, given its size. The ball of minced pork inside is juicy and flavorful, but of course, the wrapper is quite substantial. So much so, that after you’ve sucked the thing dry, you are left with a big wad of dumpling skin that turns a bit pasty from the contact with the broth. Soup dumplings given a Thai spin.

The smaller soup dumplings, with their smaller ratio of wrapper to filling, are probably more the way to go if you’re interested in eating your food than posting it on social media. The Pork XLB (six for $8) are very juicy. The wrappers are thicker, though, than those at dumpling chain Din Tai Fung.

The Tom Yum Goong (six for $9) are soup dumplings that are reminiscent of the classic Thai soup. They are done up in pretty-in-fuchsia wrappers tinted with beet juice. With pork belly, shrimp, and coconut milk, their filling is ever so creamy, and a little spicy. It’s definitely a fun variation on the usual XLB. Har gow with shrimp and cilantro. 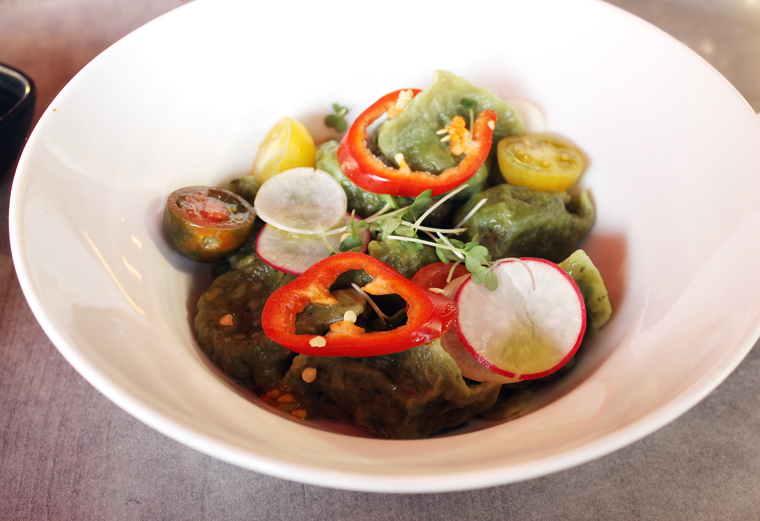 Seafood gyoza that are not to be missed.

Shrimp & Cilantro Har Gow (four for $6) are loaded with big chunks of shrimp with the cilantro lending an additional level of herbaciousness. If you are not a fan of cilantro, don’t worry, as there is also another version minus the contentious herb.

Vegetarian dumplings (8 for $8) sport thick, deep green wrappers. These dumplings are boiled, and garnished with cherry tomatoes, chili slices, and local greens. They are on the more rustic side with a taste akin to traditional chive dumplings.

Seafood gyoza (five for $9.50) were one of my favorite dishes here. Wrapped in skins colored green by spinach, they are pan-fried until lacy and golden. The filling is abundant with crab, scallop, and shrimp, so you really taste the seafood. A spiced chili butter sauce comes alongside to dunk into.

Pork baos (three for $5.50) are steamed, but can be pan-seared, if requested. We went with the plain steamed version, which really showcased how incredibly fluffy the buns are. There’s a little sweetness to them, which of course, complements the sweet, porky filling that has a secret ingredient of peanut butter to give it added richness. 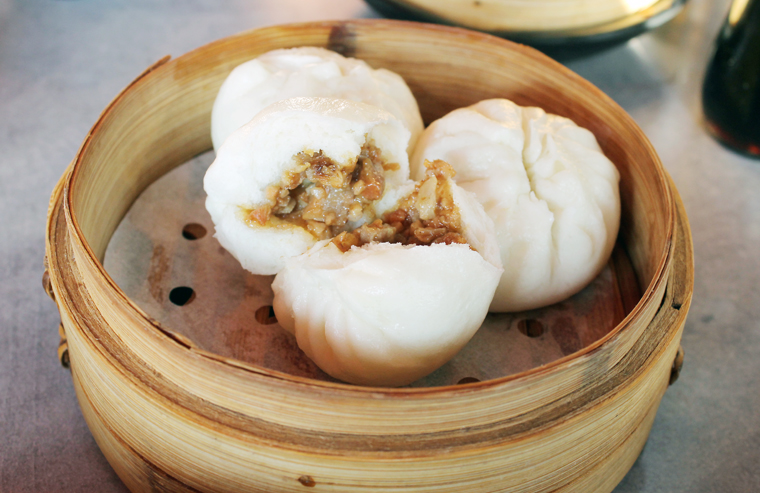 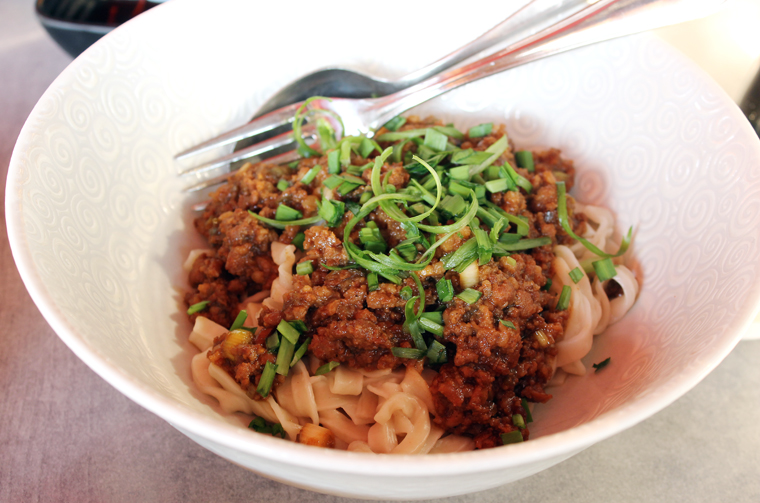 The hand-rolled, hand-cut thick Beijing Noodles ($9) get topped with a mound of minced pork, green onions, ginger, and soybean paste that adds a fermented depth of umami and savoriness. Mix everything together and you’re sure to inhale the entire bowl.

Your choice for dessert is one of three sweet steamed buns — or a trio featuring one of each ($5.50), which is what we opted for. 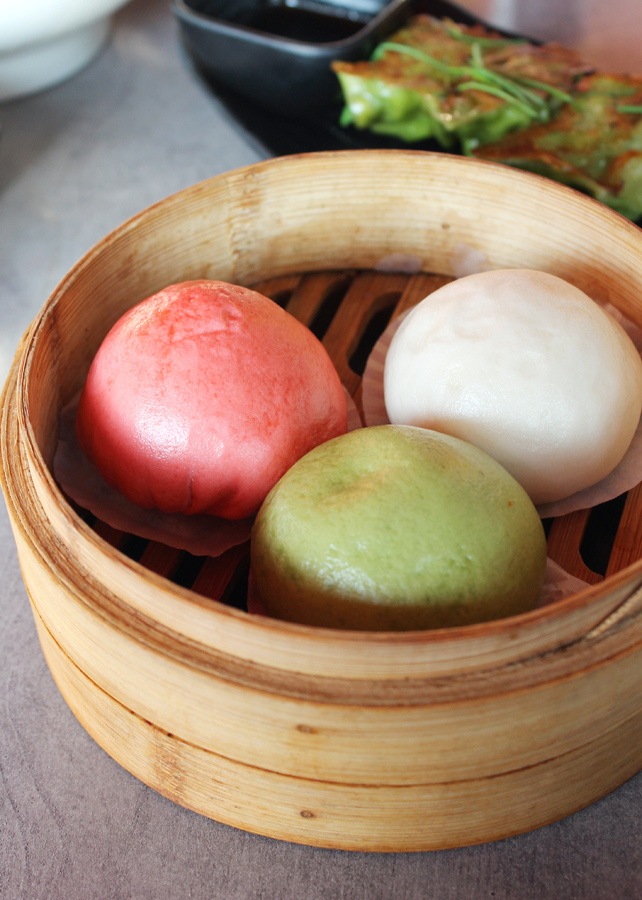 A filling of thick, creamy taro.

They arrive hot in a steamer basket. The green tea bun is the earthy green color of matcha and hides a milky custard inside. The beet bun is tinged pink and enfolds a filling of thick, creamy taro. My favorite of the three was the white bun, which has an egg yolk filling that tastes like that of a classic Chinese custard tart.

The restaurant serves up a fun time. So much so that you’ll definitely want to make time for Dumpling Time. 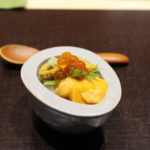