A sea urchin dish at Angler in San Francisco.

A who’s who of the chef world convened at Dogpatch Studios in San Francisco on Wednesday afternoon for “#50 Best Talks,” organized by — what else — “The World’s 50 Best Restaurants.”

If you follow Michelin rankings and are an avid watcher of Netflix’s “Chef’s Table,” you will easily recognize the names on this panel that was all about “Voices for Change”: 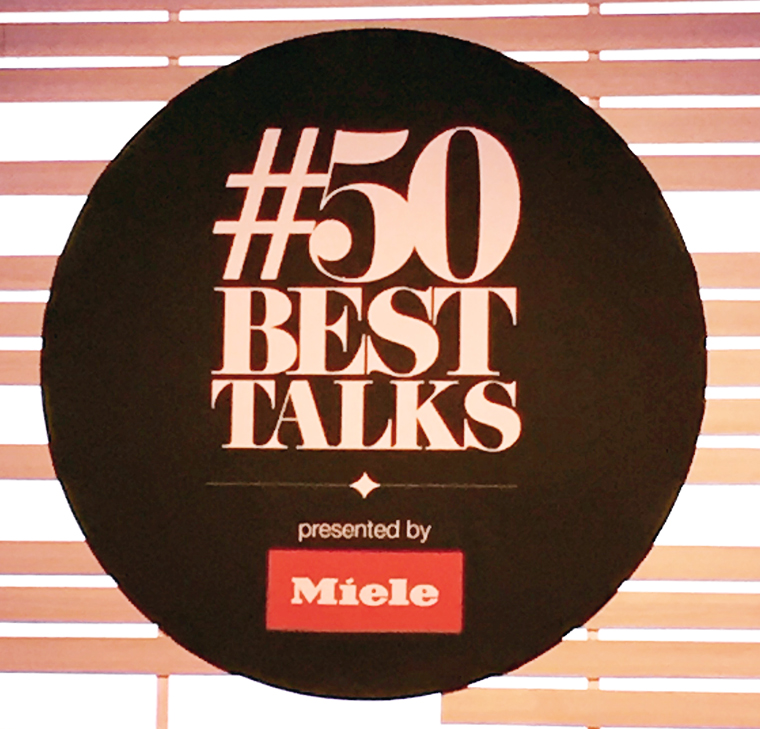 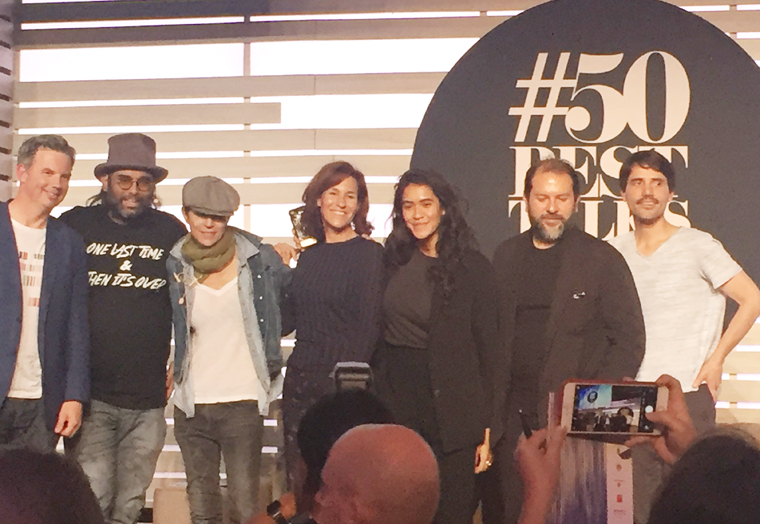 Afterwards, chefs and attendees headed over to Angler, set to open Sept. 25 on The Embarcadero in San Francisco. 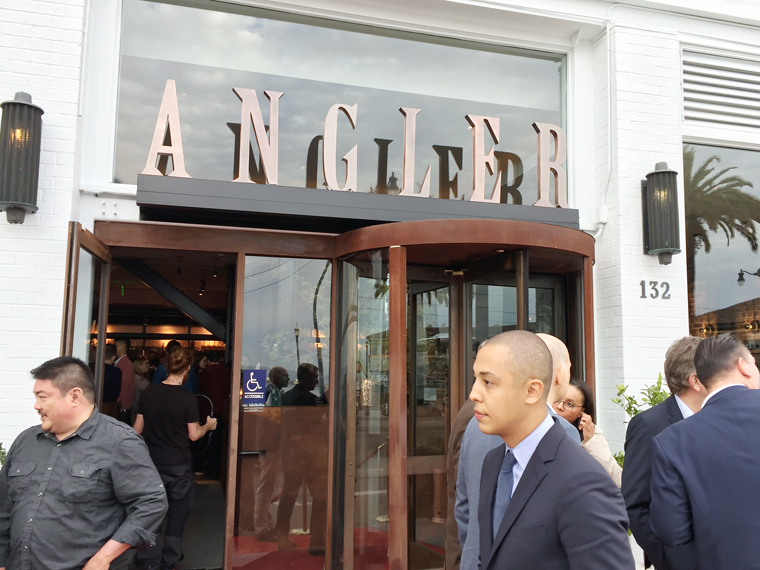 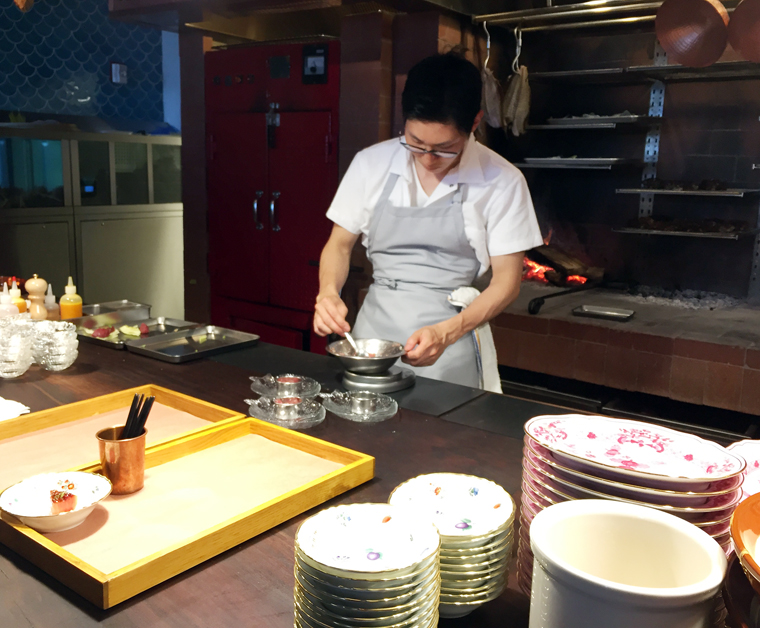 The kitchen in full force for the private party. 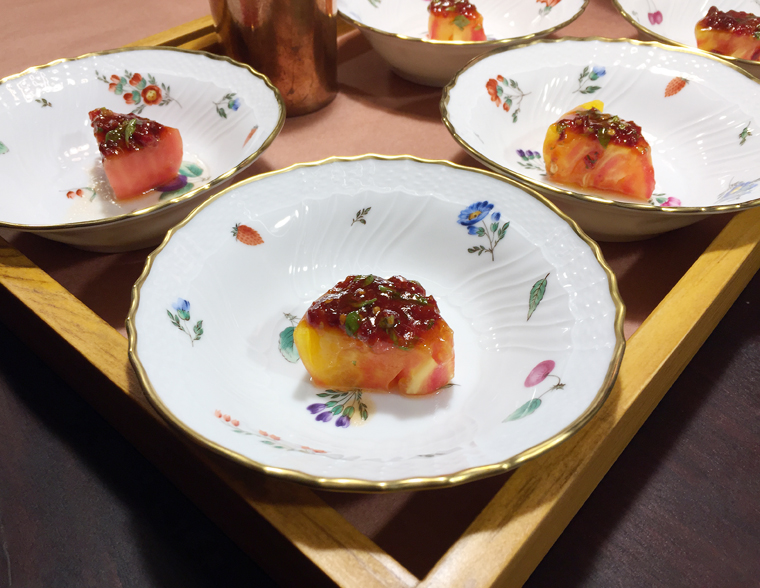 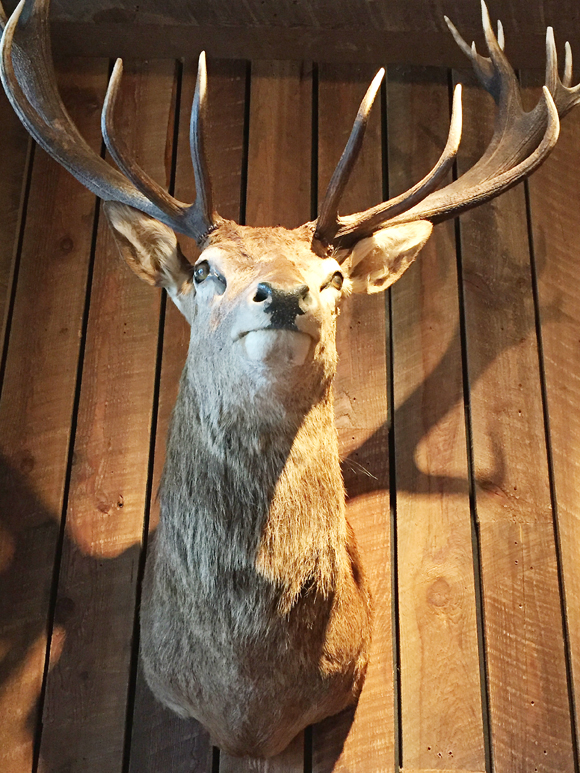 A load of animal heads. 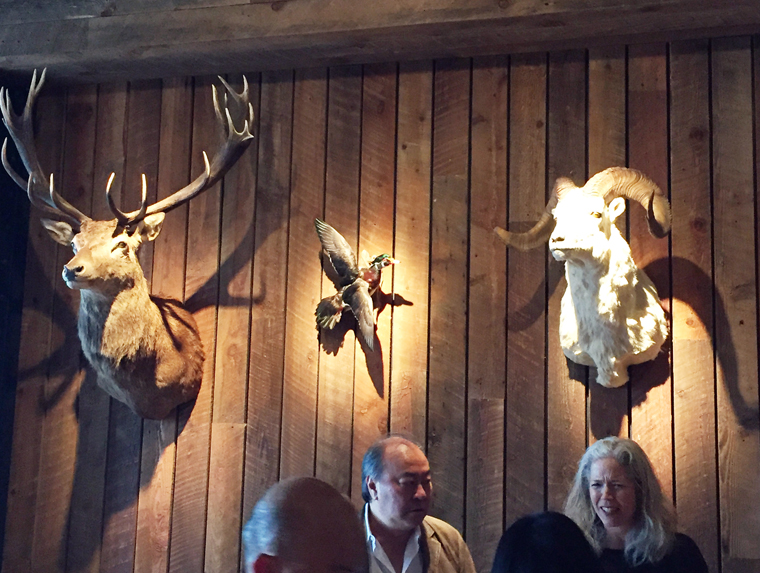 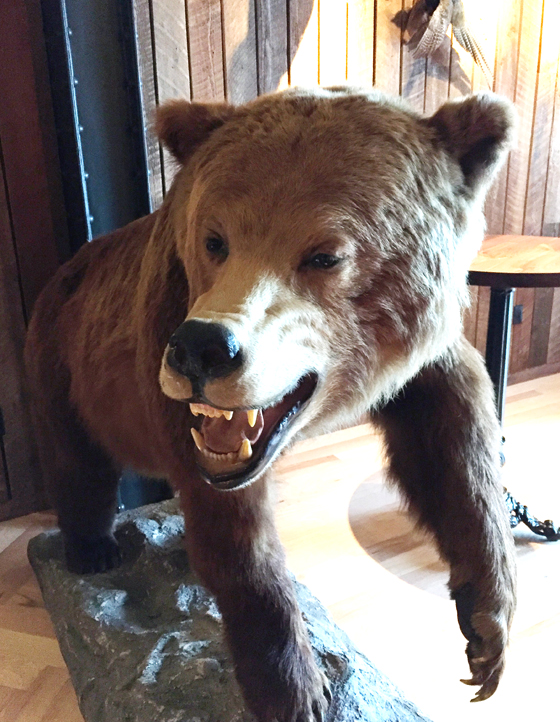 With the interior of a hunting lodge — complete with enough taxidermy to probably send animal rights protesters into a tizzy — it features fish tanks to hold the daily, sustainable catches from local fishermen. It’s seafood as fresh as it gets. And fare far more elegant than your typical seafood joint.

Enjoy some morsels from the day:

At Gaggan’s restaurant, the three- to four-hour tasting menu features 25 courses — 22 of which are eaten with your hands. Inspired by Kiss’ “Lick It Up” song, he even created a dish of peas and fenugreek, in which it’s artfully spread on a plate that you indeed lick, as no utensils are given with it.

In response to people being glued to their phones, Gaggan even created a menu, in which there are no words or descriptions, just emojis. Yes, really. Going the next step:

Martinez opened Mater Iniciativa in the Andes, a combination research center and 30-seat restaurant, to discover unknown ingredients and learn how to use them. “It has been incredibly rewarding for us,” he says. “We lose biodiversity every day. There is no time to waste.”

Crenn tells her team at the restaurant regularly, “It’s not how good you are. It’s what you give to the world. Your identity is not your Instagram or your Twitter. Your identity runs through your veins. Don’t lie to people. Be who you are, and people will come to you.”

Olvera, who has restaurants in Mexico City and New York City, will open a restaurant in Los Angeles in June 2019. As someone who travels between the U.S. and Mexico frequently, he can’t help but touch on the climate of the times. “Food migrates so easily,” he says. “It’s an easy and simple way to have a conversation that migration is good not just for food but for people and the world.” 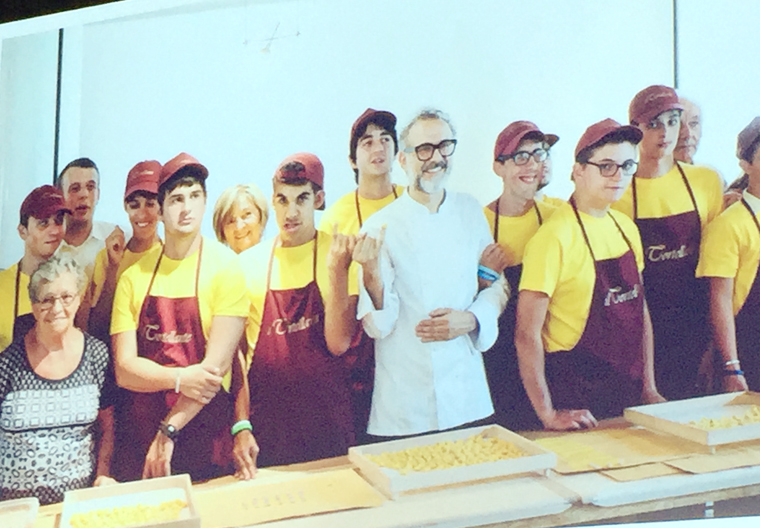 A slide showcasing some of the students in Il Tortellante.

Gilmore and her husband, Chef Massimo Bottura started “Il Tortellante” in 2016, a program that pairs young people with special needs, particularly autism, with retired mothers and grandmothers who are expert pasta makers. The young people learn how to make tortellini, gaining confidence and skills in the process. The couple were inspired to do so because their son has special needs. In November, they will open a lab and store in Italy, where the public can buy the pasta.

Food can be more than sustenance:

Gilmore also talked about another project under the couple’s Food for Soul non-profit. During Expo 215, they started a Refettorio community kitchen in Milan, in which Bottura and his chef friends used the food that would have otherwise gone to waste to make meals for the homeless and hungry. It was no ordinary soup kitchen, not when Michelin-rated chefs turned out 3-course meals that were served by volunteers. A slide showing some of the poached egg dishes that chefs served in the community kitchen.

They have since opened other community kitchens in Bologna, Modena, London and Paris. There is talk of opening one in the United States, too.

“A good meal in a beautiful space in a welcoming environment can change people, Gilmore says.

The food even inspired a cookbook, “Bread is Gold” (Phaidon), of dishes made in the community kitchen by chefs such as Ferran Adria, Joan Roca, Alain Ducasse, Rene Redzepi, and Daniel Humm.

“It is the anti-farm-to-table cooking,” she says with a laugh. “It’s looking for the unexpected, things that don’t look so good or might have been thrown away, which can be so stimulating for a chef.”

Why does the 50 Best List showcase only expensive, tasting menu restaurants, for the most part?:

“These are the best,” explains William Drew, group editor for “The World’s 50 Best Restaurants.” “By their nature, they are unlikely to be cheap.”