Get The Skinny On Pressels Think of them as ultra skinny pretzels. That’s what Pressels are like.

As thin and crisp as crackers but with the toasty, malty taste of pretzels, the new snack apparently has 75 percent less fat and 35 percent less sodium than other pretzels on the market. They’re baked, and contain no preservatives, too.

I had a chance to try samples of its four flavors, all of which are vegan: Sea Salt, Everything, Sesame, and Sriracha.

The Pressels are small, each a disk-sized that’s an inch in diameter, with a hole in the center like a bagel. The Sea Salt tastes the most like a traditional pretzel because the simple adornment of crunchy salt lets the barley note shine loud and clear. The Everything has the biggest flavor, what with its coating of sesame seeds, black caraway seeds, onion, rosemary, garlic. It definitely tastes like your favorite New York bagel. 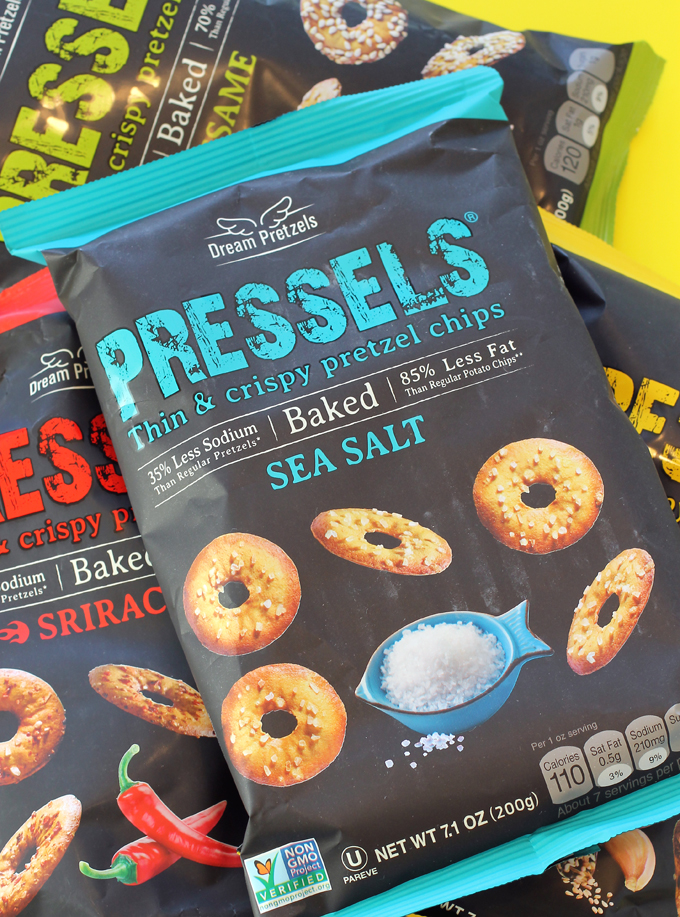 The Sesame has a slight nutty taste. The Sriracha is tinged slightly reddish and boasts sun-dried chilies, but if you’re expecting real heat, you’ll be disappointed. It’s thoroughly tame tasting, and could benefit from more spice. 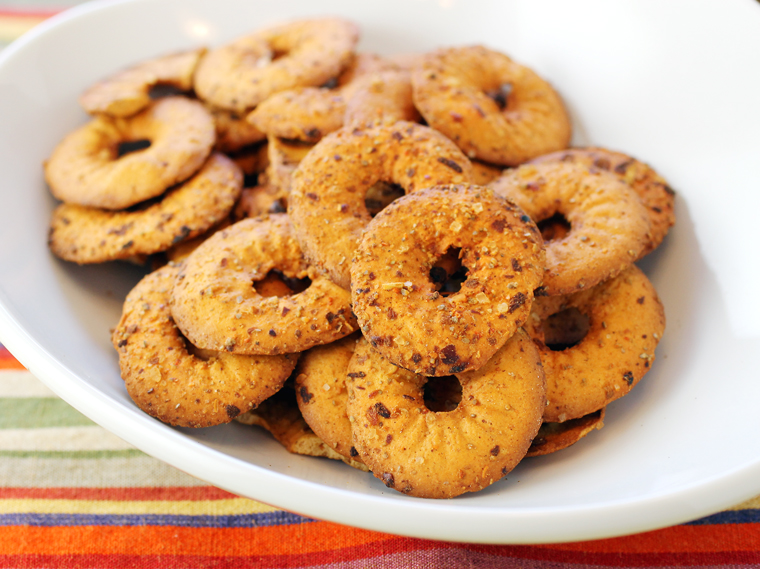 Their crunch is pretty satisfying, making them a good alternative to popcorn for a different taste sensation or to potato chips or corn chips if you’re looking for something more healthful.

About 20 Pressels (a decent handful) weighs in at about 110 to 120 calories, depending upon the variety, along with about 20g of carbs, 210mg of sodium, 60mg sodium, and 0g cholesterol.